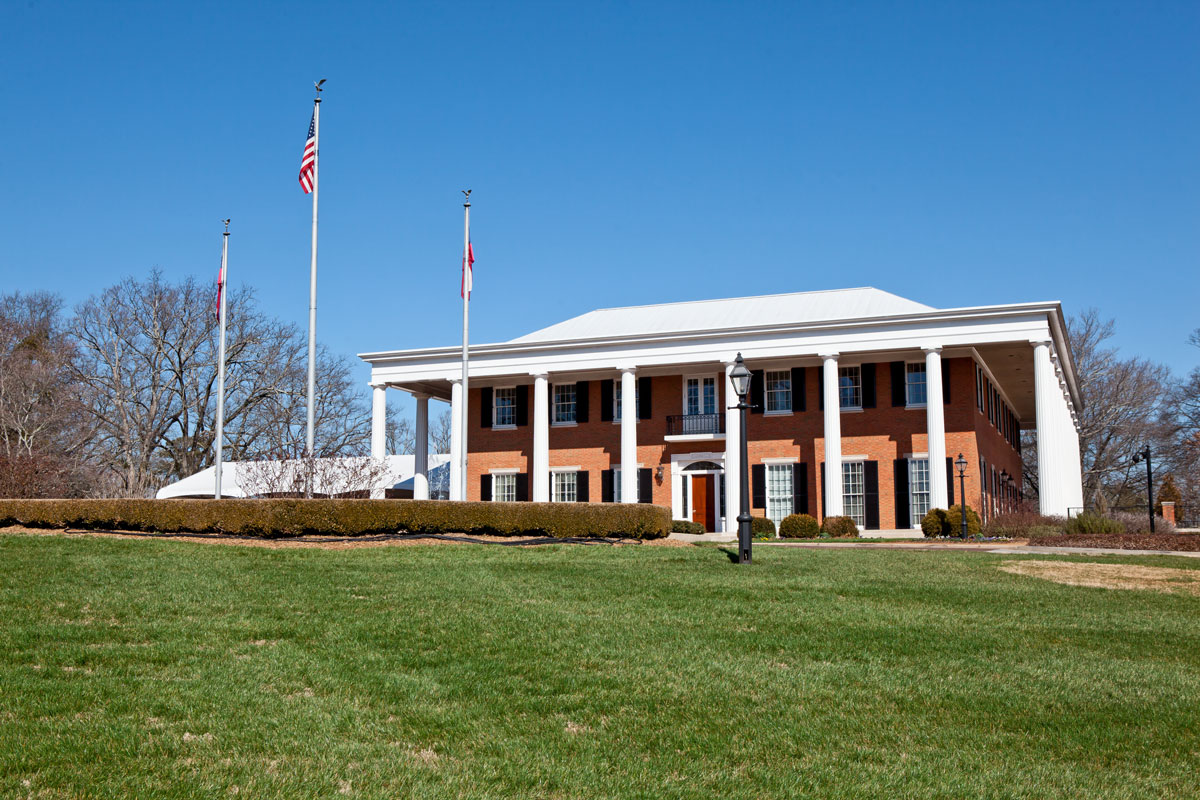 As a retired middle-school teacher, Georgia First Lady Sandra Deal has an inquisitive mind and an innate love of learning. So when she and her husband, Governor Nathan Deal, moved into the Governor’s Mansion in Atlanta, she grew curious about its history—from when and why the fence was erected to the presence of a mysterious old millstone on the grounds.

“I began asking, ‘Where did these come from?’” Sandra says. “And nobody really knew the answers, because staff turns over as governors change.” 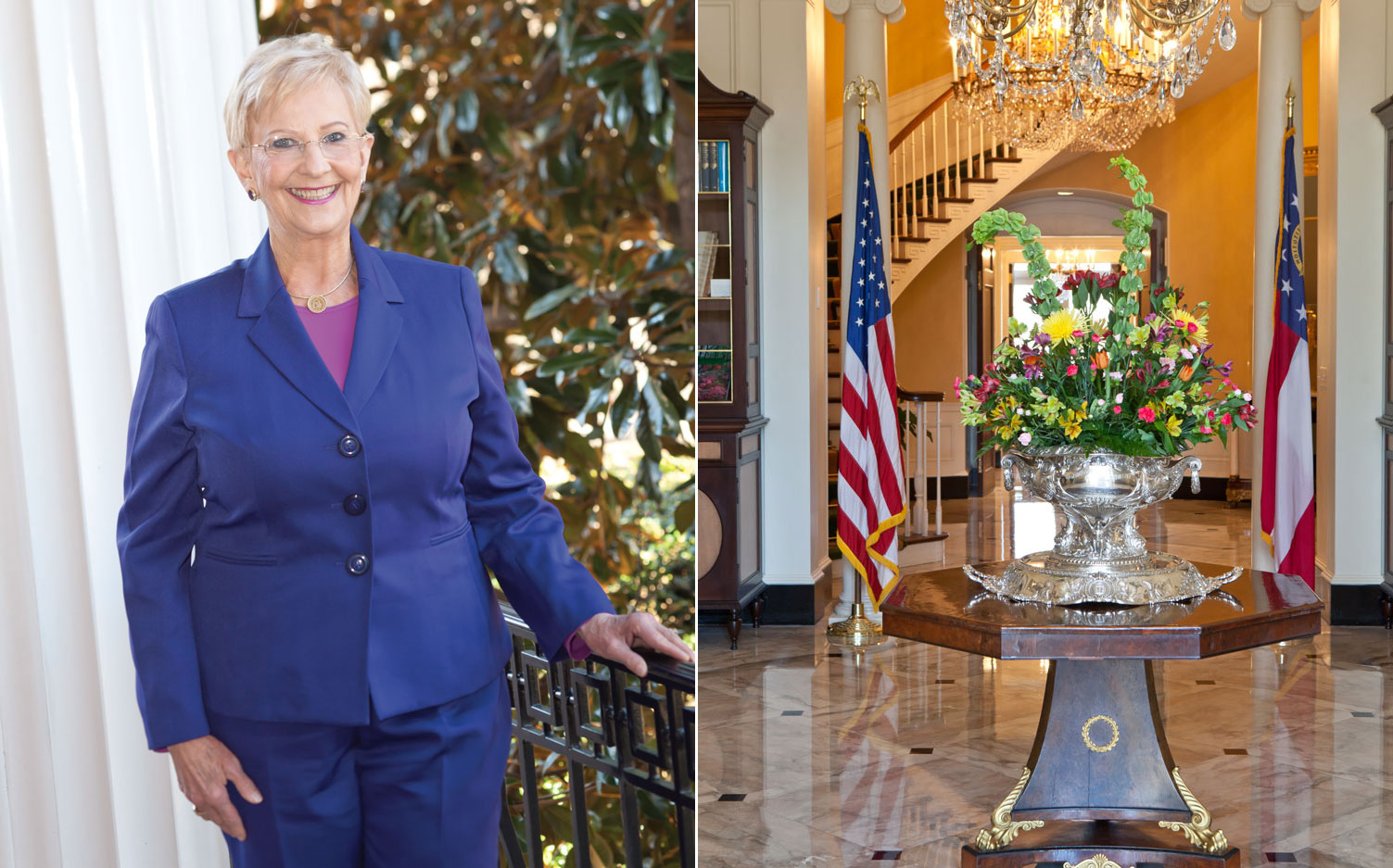 Although her initial goal was just to gather details she could share with docents who lead tours of the mansion, she soon realized the importance of documenting the untold stories of this beloved symbol of the state. Collaborating with Kennesaw State University professors Jennifer W. Dickey and Catherine M. Lewis, Sandra reached out to every living former governor and first lady who had occupied the home since it was built in 1968, as well as the families of those who are deceased. The result is the newly published Memories of the Mansion, a beautiful coffee-table book that brings the home and its colorful past to life.

“We were so thrilled all of the different governors were willing to participate,” she says. “In the case of the two governors who had passed, their families were kind enough to be interviewed … It just turned out to be a beautiful coffee-table book that is accurate historically as far as being researched and documented, but also tells the stories of the families so that people can sit down and enjoy reading it, and remember their trips to the mansion.” 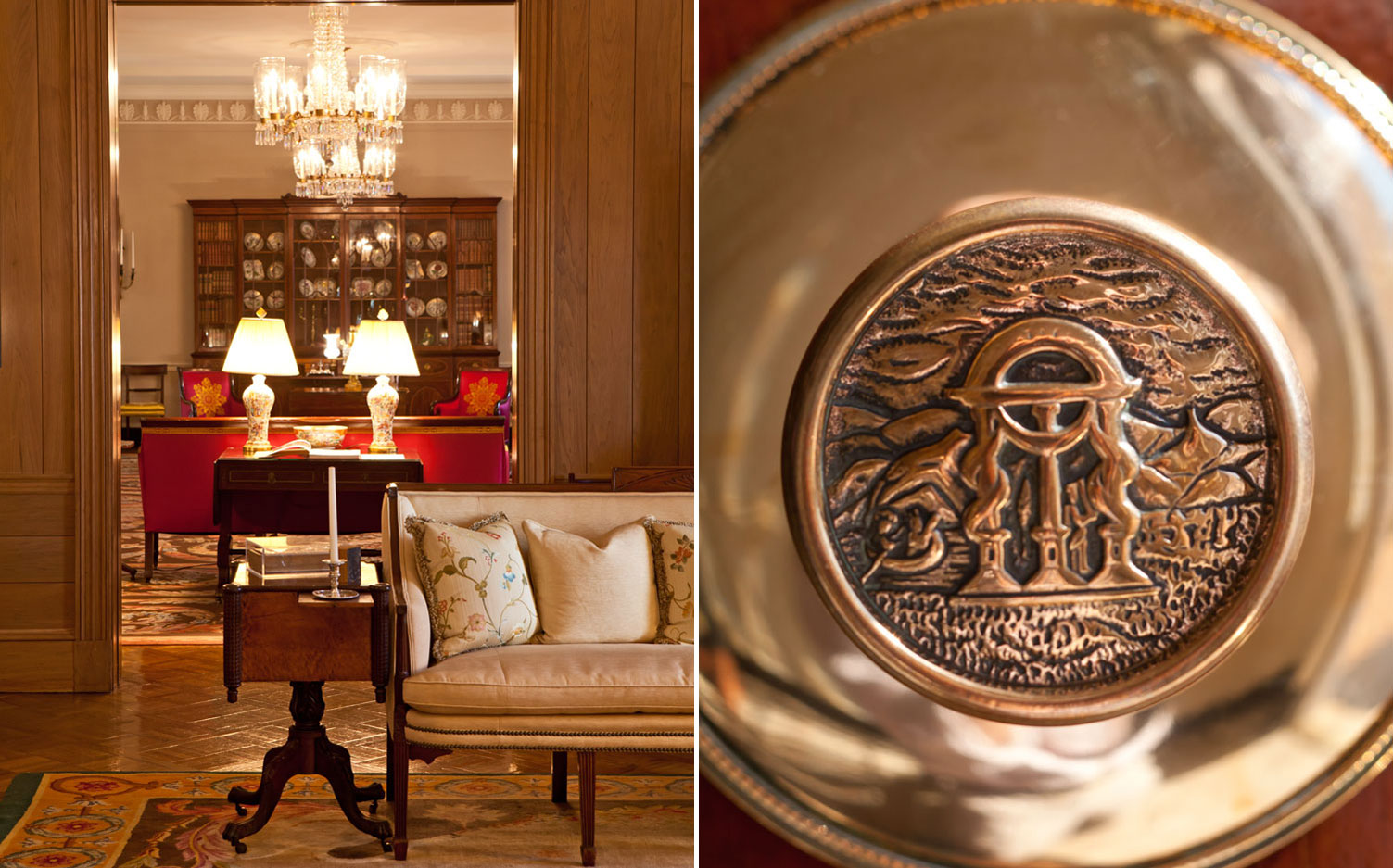 For Sandra, the book is not only a keepsake for posterity—it’s a way to share the mansion with Georgia citizens who may never be able to visit in person. “I wanted the book to be available to those in the far reaches, who don’t get the opportunity to come here,” she says.

Sandra’s pride in serving as steward of such an august dwelling is clear. Among her favorite spaces is the State Drawing Room, with seating upholstered in the same Scalamandré silk fabric used for the Red Room of the White House. “We use it on a regular basis,” she says. “It’s just bright and cheerful and pleasant to be in.” 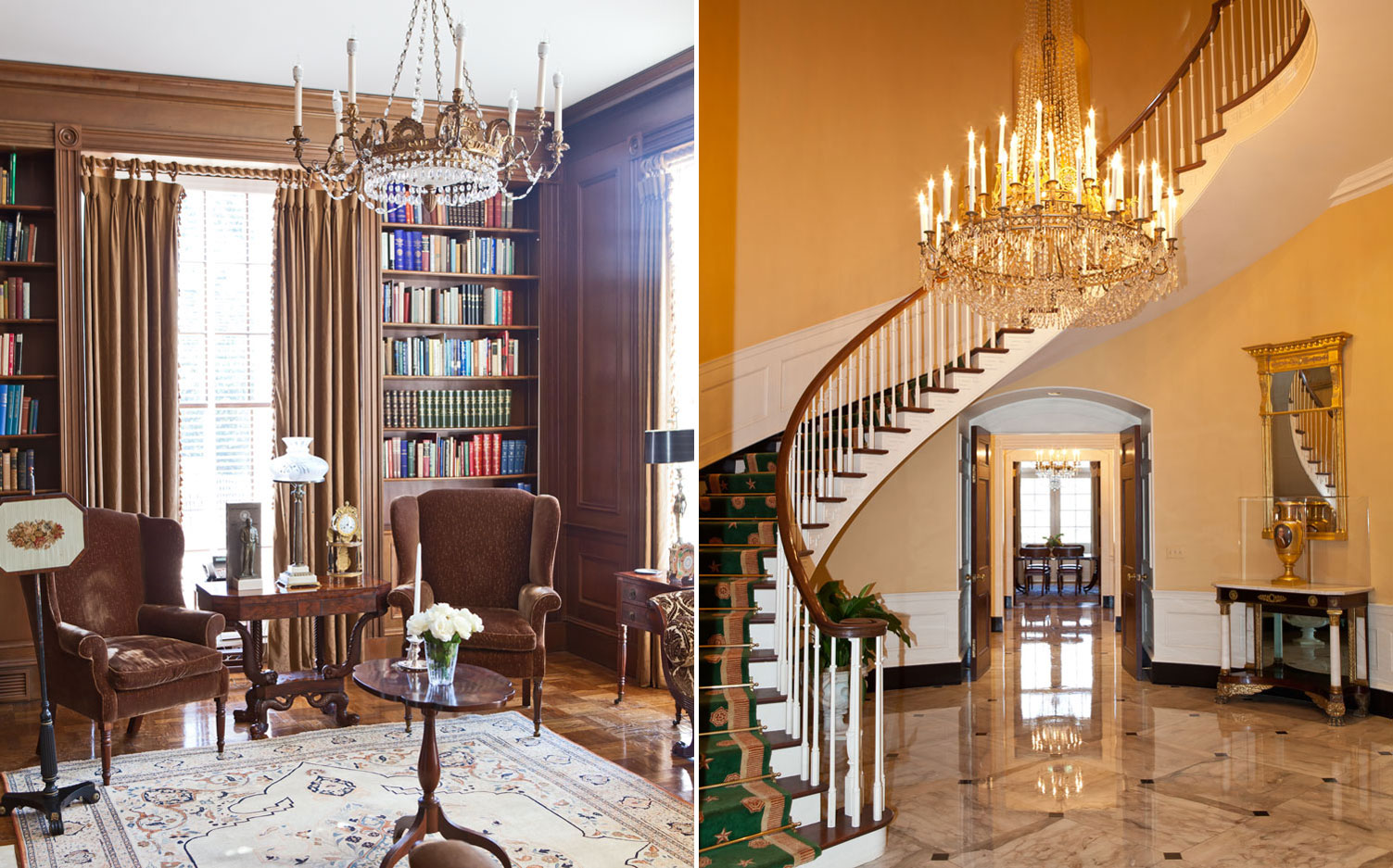 The Deals don’t often host official overnight guests, but they love having their children and grandchildren come and stay. From the beginning, Sandra shared with the little ones her deep respect for the mansion’s priceless antiques and collections. “The first thing I did was tell them, ‘We cannot play hide-and-seek or chase in this house, because we have to be very careful not to damage things,’” Sandra says. The kids are free to romp throughout the grounds, however, plus in the downstairs ballroom used for meetings and events.

As often as not, the couple retreat to their Habersham, Georgia, cabin on weekends to catch up with family and relax from the intense pace of Atlanta life. Still, Sandra has enjoyed getting to know the city over the years. Although her schedule leaves limited time to explore local sights, she has toured attractions such as the High Museum of Art and the Children’s Museum of Atlanta and has attended theater performances and special exhibits. 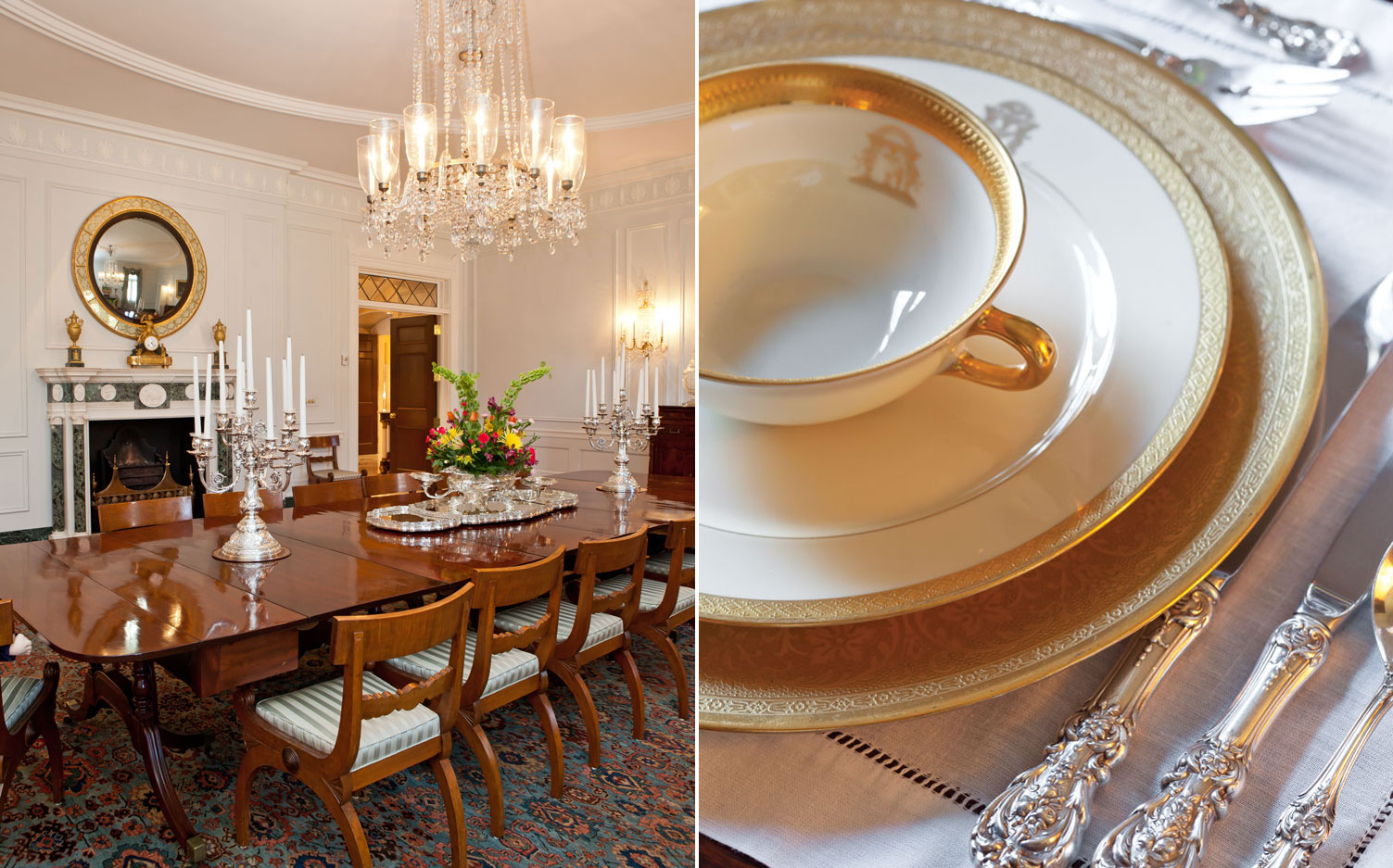 She and Governor Deal occasionally dine out with friends or go for a casual bite, but they typically prefer to eat at home. “They cook well for us at the mansion,” she explains. After moving in, she adds, she quickly learned that “the smells from the kitchen come up the stairwell, and you need to close the door or you’re hungry all day long.”

Ever the teacher, Sandra dedicates most of her free time to her real passion: visiting local classrooms and colleges, where she reads to students and encourages their academic efforts. “I love seeing our young people and our teenagers and our college students demonstrating what they’ve learned and what they’ve invented,” she says.

School groups visit the mansion regularly, and Sandra arranges to greet them whenever possible. She delights in welcoming them to the home and making sure they understand that as Georgians, it truly belongs to them and their families. “I encourage people to come and visit,” Sandra says. “We want them to know what a treasure they really have.”