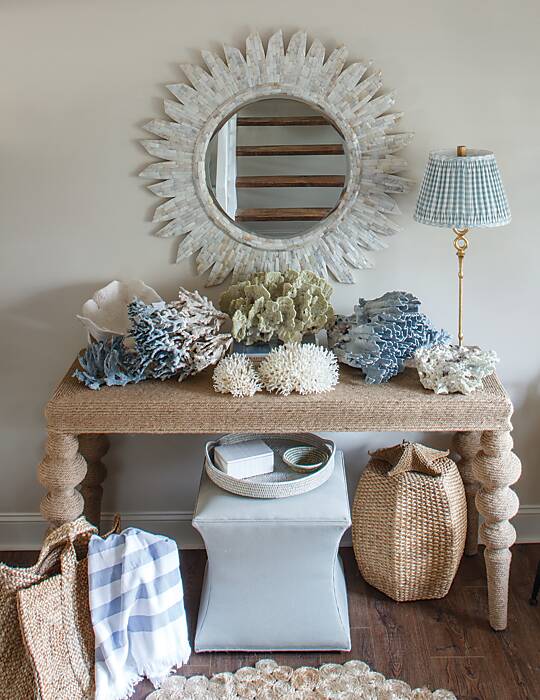 Most homeowners would have tried to eliminate any hint of the disco era, but when Lori and Larry White revamped their 1974 townhouse villa in Hilton Head Island’s picturesque Sea Pines Resort, they made efforts to preserve some of its vintage flavor. They embarked on a full renovation, bringing the aesthetic into the 21st century while infusing it with accents that evoke its history and locale, including a lacquered turtle shell, antique coral, and a rare designer parrot lamp produced the year the home was built. 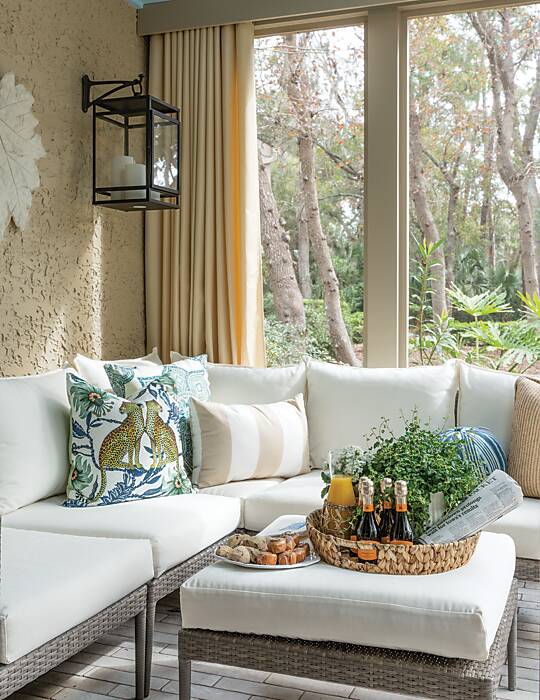 “I was going for upscale beach chic,” says Lori, who scoured secondhand markets and social media sites for pieces with plenty of character. “I wanted it to have an island feel, but not have seashell lamps and seahorses everywhere.”

An Alabama Home Adorned for the Holidays