In the shade of mountain majesties, Asheville, North Carolina, so captivated George Vanderbilt that the world traveler chose to build his country home here—and there’s even more to love about her these days. Come explore this vibrant city that beckons weekenders with year-round wonder. 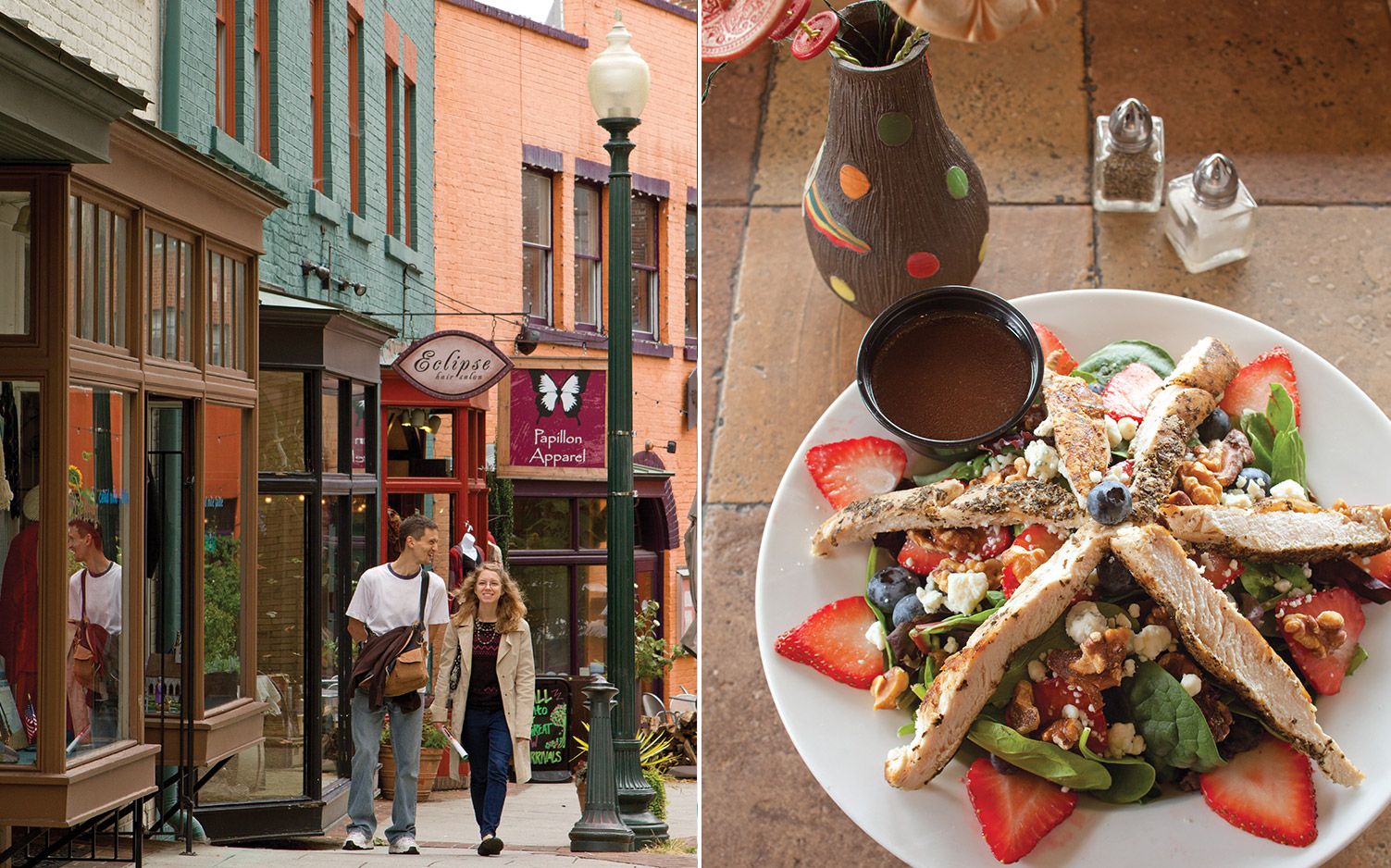 Asheville is the kind of place people love to claim. Leaf peepers, foodies, and art fans alike will tell you this is their ideal getaway. Never fear, there’s plenty of town to go around. Previously a primitive outpost for frontiersmen, Asheville was truly discovered with the invention of the railroad. Around the 1880s, the seasonal population soared with visitors seeking the therapeutic powers of mountaintop resorts. In 1888, George Vanderbilt visited the area and became enamored. A year later, he broke ground on the Biltmore House & Gardens. 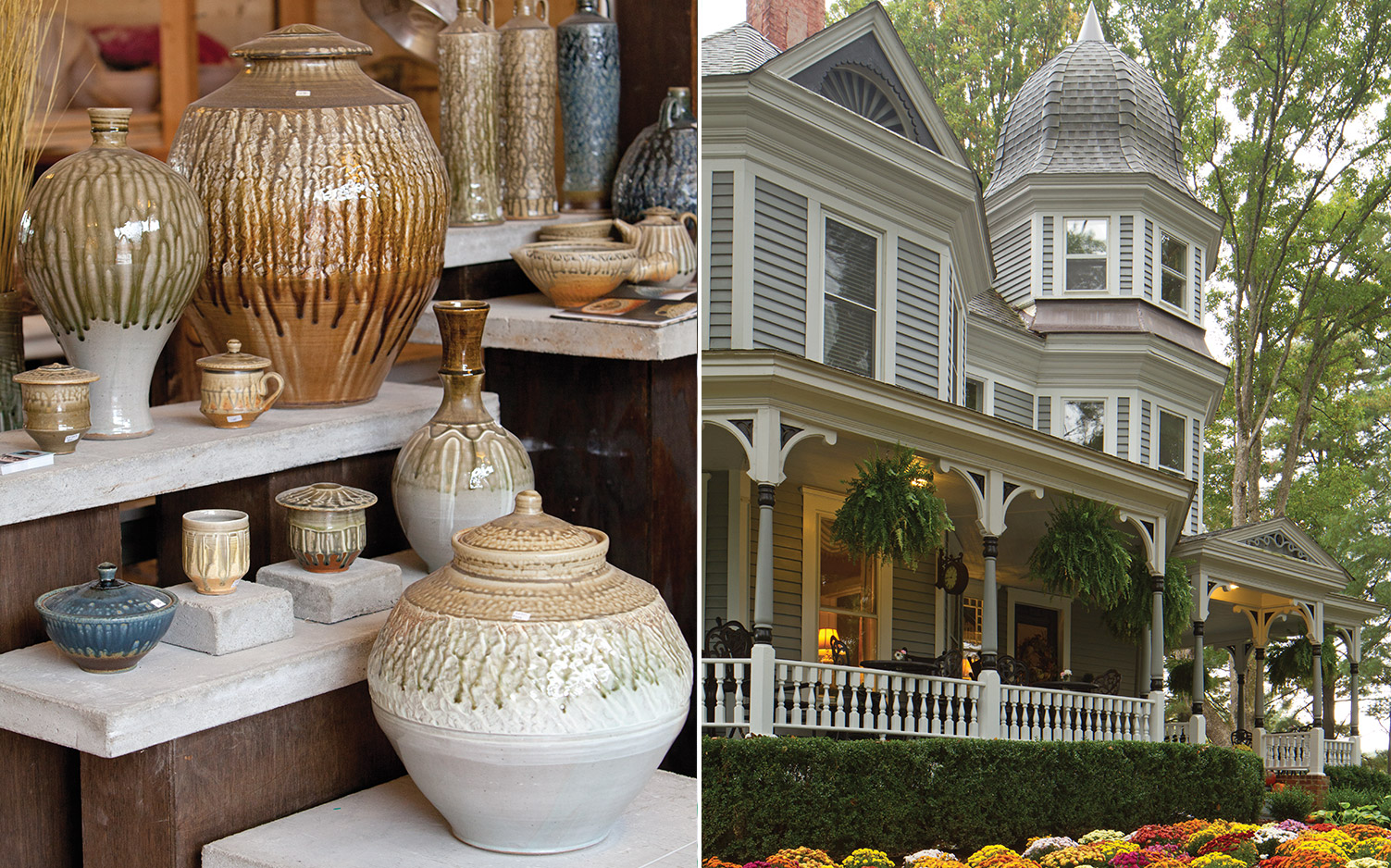 In the century since, Asheville has grown and evolved, attracting a who’s who of movers and shakers ranging from award-winning chefs and brewmasters to artists and antiques mavens. Wander down Wall Street to dine at The Market Place, or pop into The Captain’s Bookshelf to ogle its rare reads. On Haywood Street, Malaprop’s Bookstore/Café is the area’s largest independent bookstore. Just outside, forged-metal public art commemorates the downtown area. In the River Arts District, more than 140 artists—and a trainside meal at Clingman Cafe—can delight for hours. 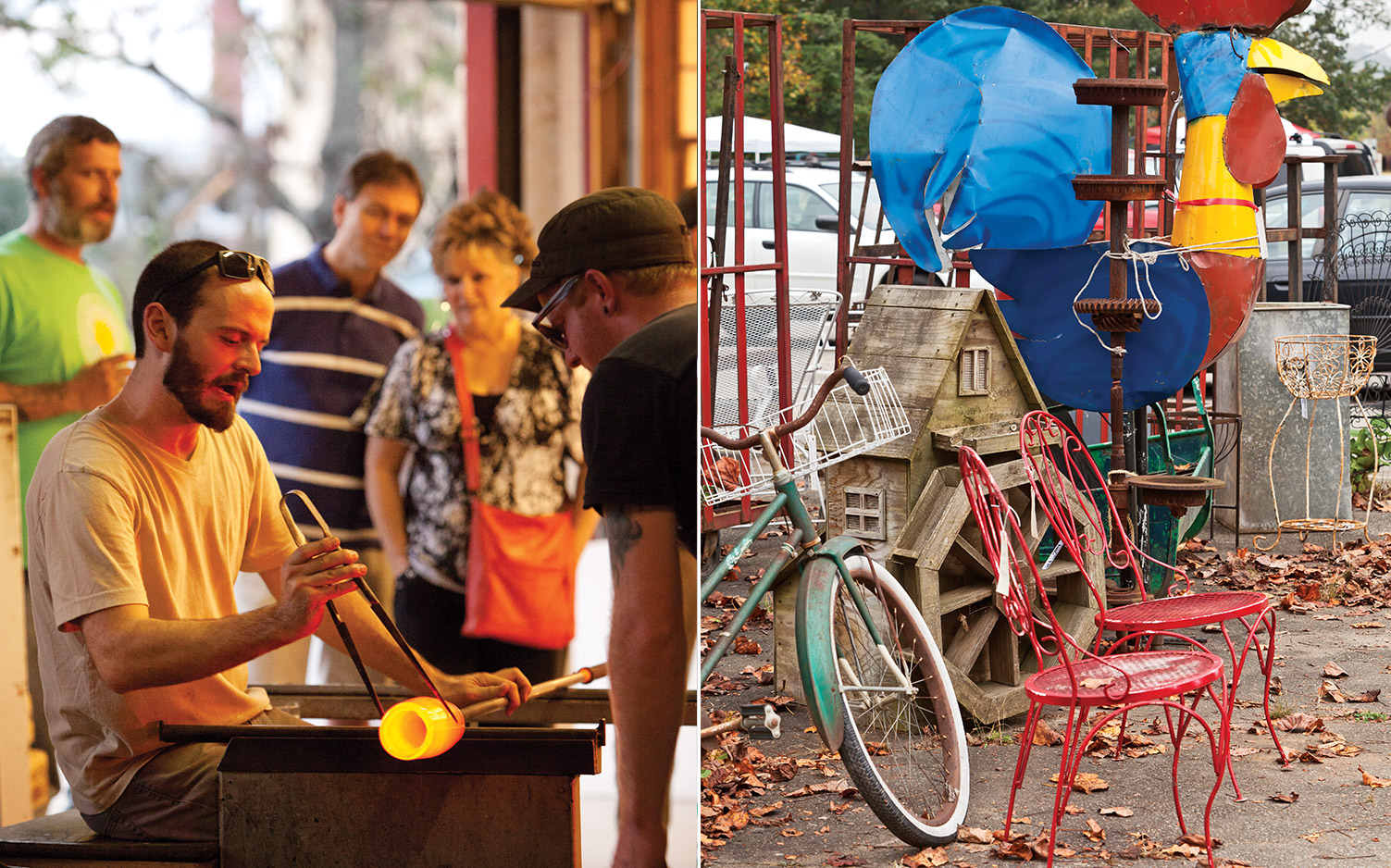 With so much to look forward to, it’s easy to rush your travels, but it’s better to go slowly. The Blue Ridge Parkway, a rambling 469-mile byway designed for the leisure driver, is flanked by split-rail fences, pastoral countryside, and enough scenic vistas to get you in the mountain mood. Along the way, be sure to stop by the Southern Highland Craft Guild’s Folk Art Center at Milepost 382 to peruse traditional and contemporary crafts of the Southern Appalachians. 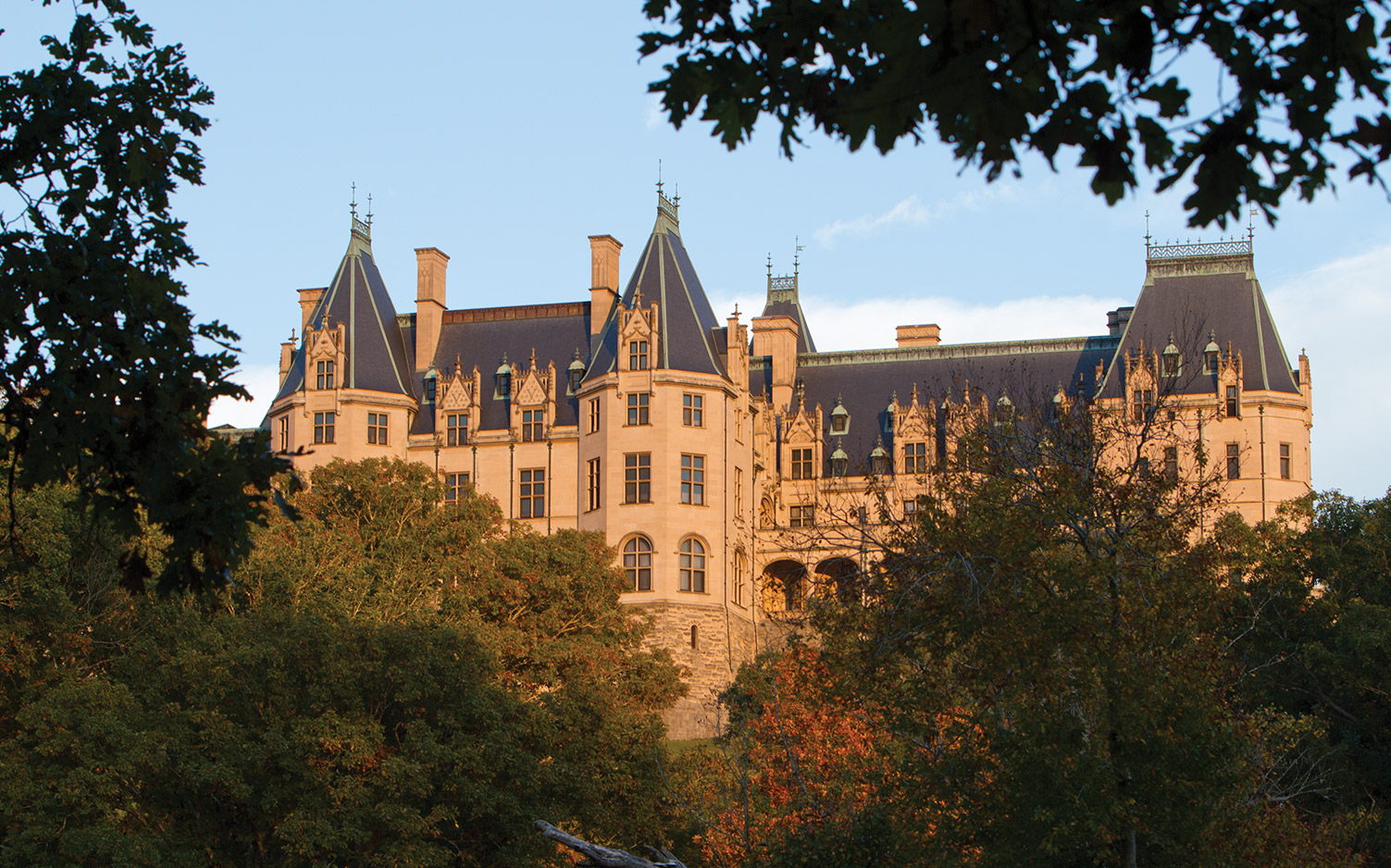 Imagine the delight young newlywed Edith Vanderbilt experienced when she and her husband, George, arrived by carriage at their new home, the Biltmore. Completed in 1895, the 250-room French Renaissance château has more than 4 acres of floor space, including 35 bedrooms, 43 bathrooms, and 65 fireplaces. Begin with a self-guided tour of the home, and be sure to spend time in the gardens. Also on the property, Antler Hill Village features a winery and tasting room, dining options, a turn-of-the-century farm, and an Outdoor Adventure Center for exploring Biltmore’s 8,000-acre backyard. Although beautiful in every season, Asheville is especially blessed in autumn, when extreme elevations and a multitude of deciduous trees create one of America’s most dramatic displays of fall foliage. 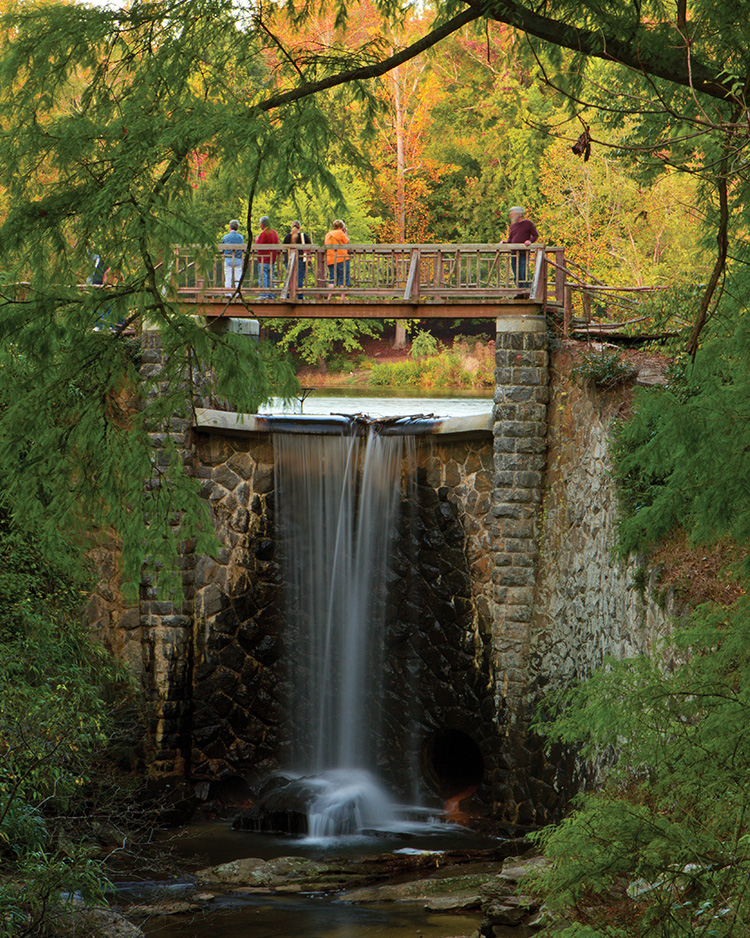 Come see it all, or come to relax. Whatever your pleasure, Asheville is happy to oblige.

From Southern Lady, Autumn In The South 2016 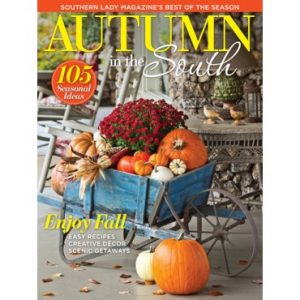