RECIPE: All the Forgivenesses

Bertie Winslow, the narrator of All the Forgivenesses, was originally based on my maternal grandmother, Elizabeth “Lizzie” Frans. Like Grandma, Bertie was born in 1900 in Kentucky and ended up in southeast Kansas. Like Grandma, Bertie married a fiddler who worked in the oil fields. But Bertie’s story took a sharp left turn after the first draft, when I realized there wasn’t much of a story if, like Grandma, the character had no flaws. So Bertie developed a temper, became jealous, impatient, and violent, and learned to express her deepest fears and sorrows, occasionally in salty language. Tribulation followed.

Grandma’s wacky cake is the perfect project to make with a grandchild, involving as it does the digging of holes in the dry ingredients, along with gentle stirring instead of an electric mixer. It has no eggs, but it’s moist and delicious. Here’s the recipe, along with my emendations. 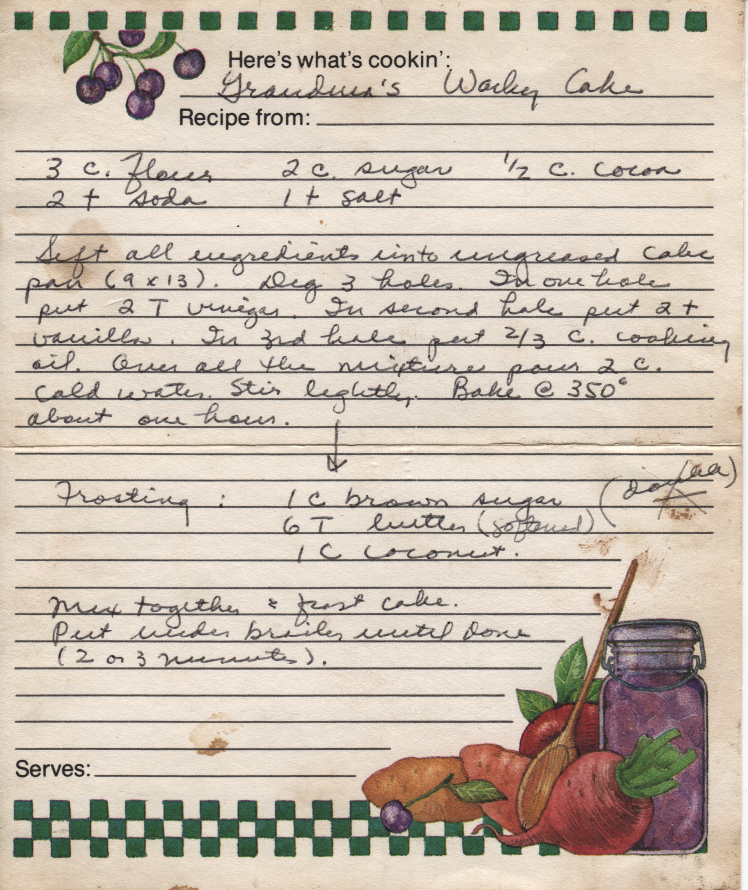