THE AUTHOR: THE ROAD TO BITTERSWEET

Donna Everhart is the USA Today bestselling author of The Education of Dixie Dupree, which was a 2016 IndieNext List selection. Her newest work, The Road to Bittersweet, was released in December 2017. Everhart grew up in Raleigh, North Carolina and has lived close to her hometown for most of her life. For several years she worked for tech companies, specializing in project management and product introduction. She carries a Bachelor of Science in Business Management. Everhart lives in Dunn, North Carolina with her husband, and a tiny, heart-stealing Yorkshire terrier named Mister.

Dive deeper into this month’s selection with the essay below written by Donna Everhart just for the Southern Lady Book Club!

Dear Readers,
The story idea for The Road to Bittersweet came to me one day while doing what I do when I can’t decide what to write, otherwise known as random internet research, or, web surfing. I start getting a little antsy when the concept for my next book is elusive or the idea I had suddenly falls flat after days of writing. Searching for significant historic events in my home state is my go-to favorite, and if something triggers a strong emotion that’s usually an indication I’m on the right track.

The day I discovered information about the historic floods in western North Carolina, I knew I wanted to write about this part of my state, with its striking beauty yet unforgiving landscape. As I read about and found photographs of the devastating damage that occurred during the flood of 1940, I began to imagine the differences compared to where I live, which is fairly flat. We have our share of bad storms, hurricanes, tornadoes, all of that, but I’ve never experienced flooding on the scale of what I saw all those decades ago. It wasn’t hard to realize how back-to-back systems of significant rainfall in a mountainous region could overwhelm anything or anyone in their path. There were flash floods in the lower lying valleys and basins, causing rivers, streams, and creeks to rise dramatically. The force of the water took out bridges, destroyed buildings, moved houses off their foundations, and swept people and livestock away.

Even now, certain parts of the Appalachian Mountains in North Carolina remain very remote. But, back then, with so little in the way of getting word to those areas, people in the path of a storm would have had very little time, if any, to prepare. “Harrowing” was a word that came to mind as I pictured how it might have been. Imagining how people survived and the damage done in the aftermath was the first step in beginning to develop a story. I visualized a family caught up in a flood, a family who lived in a very remote area where all they had was one another. How would they have fared once on the other side of this horrific event?

I’ve hiked some pretty tough trails in and around the Blue Ridge Mountains and know how difficult the terrain can be. I’ve seen the old historic Caudill Cabin that used to have a family of fourteen souls living in it. The entire cabin wasn’t nearly as big as my kitchen. I dwelled on the Caudill family lifestyle, what they must have done in order to live and thrive on their remote homestead. As I thought about living under such rustic and sparse conditions, I realized there was an abundance of material to work with for a story such as this. Now, I felt I could start writing The Road to Bittersweet.

Beginning a story is still challenging because I truly don’t know the characters yet. It’s like being in a room full of strangers who don’t want to talk to you—sometimes for days or weeks on end. But the more time you spend with them, the more you begin to uncover the little nuances of how they might speak, how they might act, what they might think. One thing is certain though. I’ll always lean towards writing strong young women, or girls, who have a backbone, a little grit in their blood, and the strength of their own convictions. I like to put my characters through as much as is possible, while leaning towards positive, hopeful endings.

This is why I’m truly thrilled about The Road to Bittersweet being chosen as Southern Lady magazine’s first pick for the launch of the new book club. I believe Southern women will absolutely love this story of courage, resilience, and strength, because as a southerner myself, I believe these traits to be an integral part of our own identities. I think it’s a perfect book club type of story, one that will resonate with readers and generate interesting, deep discussions. 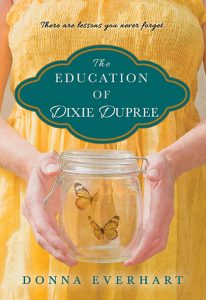