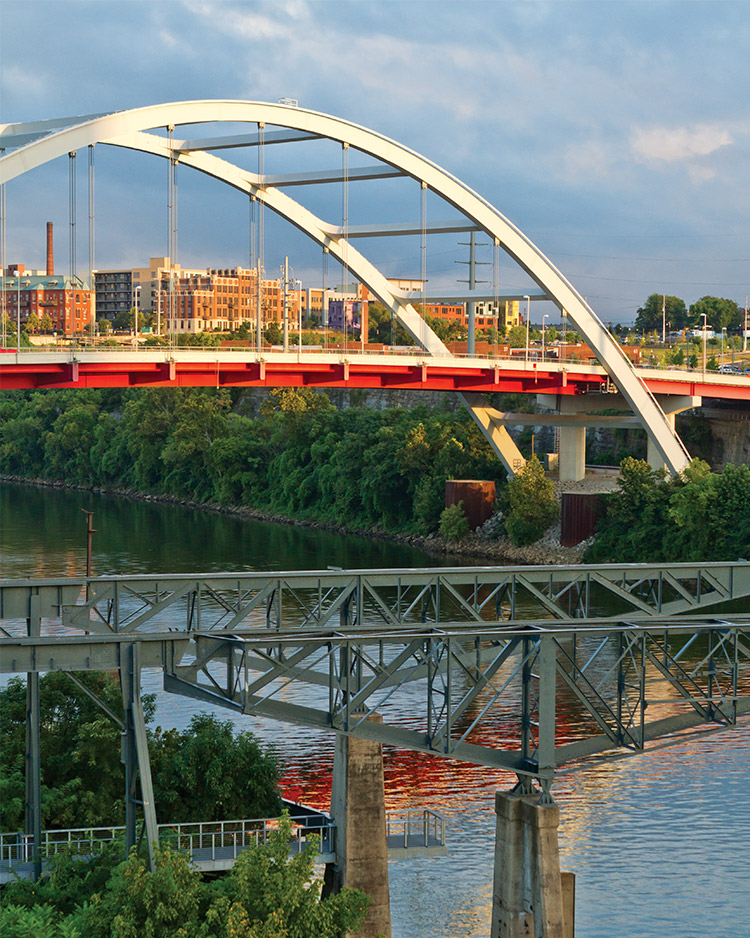 Nashville. The name seems to pulse with energy and sparkle with light, as if spelled out in the rhinestones of a vintage Grand Ole Opry costume. But while it remains loyal to its guitar-pickin’ past, Nashville has ridden a fresh wave of artisans and innovators to become one of the cultural capitals of the Deep South.

“There’s a real spirit of creativity here,” says Tennessee First Lady Crissy Haslam. Although she and her husband, Governor Bill Haslam, hail from opposite ends of the state—Memphis and Knoxville, respectively—they’ve found a delightful middle ground in Nashville’s rolling hills. Since settling into the Tennessee Residence, as the governor’s mansion is named, the couple have become enthusiastic ambassadors for their adopted hometown. Crissy, an avid hostess known for her hospitality, loves sharing her favorite haunts with visitors, among them, Cheekwood Botanical Garden, the Frist Center for the Visual Arts, the Country Music Hall of Fame, and the Hermitage, Andrew Jackson’s former home. And no Nashville getaway is complete without a night of toe tapping at one of the city’s legendary music venues. “I always recommend that visitors check to see who’s playing at the Ryman and the Bluebird,” Crissy says.

Although she urges locals and travelers to come and explore the Residence—especially its newly embellished gardens and grounds—Crissy’s time for leading tours is more limited than she’d like. Still, this early-childhood-education advocate makes it a priority to carve out room in her schedule for her youngest guests. “We welcome children on field trips to work in the garden, and 95 percent of the time I’m a part of those field trips,” she says. “I’ll read to them, take them into the garden, let the chef talk to them about healthy eating and using the vegetables, and then take them through the house.”

Crissy also enjoys browsing Nashville’s distinctive neighborhoods, from gracious Belle Meade to Victorian-flavored Germantown. The upscale Green Hills enclave near the Residence is home to both independent boutiques and well-known luxury brands like Tiffany and Tory Burch. Head to the buzzing 12 South district to spend an afternoon shopping for bespoke jewelry at Judith Bright, hip housewares at White’s Mercantile, or artisan-made boots at Lucchese.

When hunger hits, visitors are spoiled for choice: Nashville’s vibrant dining scene is a food-lover’s dream. There’s no shortage of good old-fashioned barbecue or the area’s famous hot chicken, but world-class restaurants abound—among them Marché, whose menu includes nods to Europe and Morocco, and the Farm House, where every last ingredient is sourced from local providers. End the day by snuggling in at the Hermitage Hotel, a 1910 Beaux-Arts belle that sets a lofty bar for accommodations in the city and, indeed, the South.