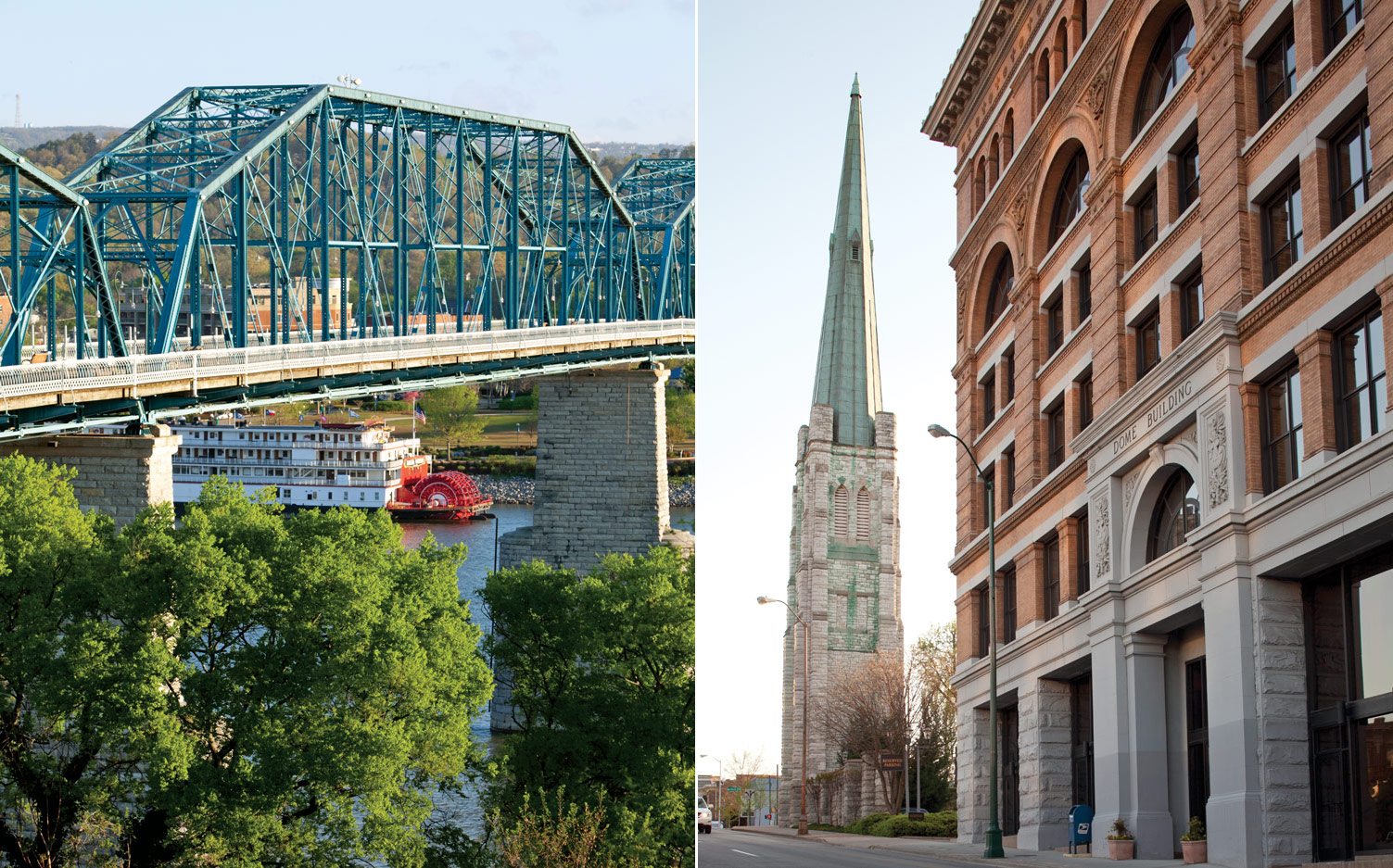 Tucked among the bends of the Tennessee River, under the sheltering embrace of Lookout and Signal Mountains, lies the “Scenic City” of Chattanooga. With incredible vistas in every direction, the town has more than earned its nickname. In the last 20 years, the long-popular area attractions of Rock City, Ruby Falls, and the Chattanooga Choo Choo have been joined by the Tennessee Aquarium, the Riverwalk, and a revitalized downtown that has become the blueprint for other cities to follow. From the eclectic boutiques of Frazier Avenue and NorthShore to the upscale stores of Warehouse Row and Southside, great retail experiences abound. And when you’ve worked up an appetite sightseeing and shopping, restaurant choices are plentiful—whether you’re craving barbecue or bon cuisine.

Chattanooga also boasts a fascinating history. It was home to early American Indian civilizations and epic Civil War battles, and during the industrial boom of the late-19th century, the city earned the moniker “Dynamo of Dixie.” A number of historic neighborhoods and structures still stand, tributes to genteel bygone days. The University of Tennessee at Chattanooga sits on a rise near the center of town, its lovely, tree-lined campus echoing the charms of the city below. The school, as well as Chattanooga itself, offers students a chance to live and learn in an exciting—and enchanting—environment.

Historical structures and attractions still stand throughout Chattanooga. Visitors can take a ride on the Tennessee Valley Railroad or a spin on the antique carousel at Coolidge Park. The Read House Historic Inn and Suites, constructed in 1926, is filled to the brim with opulent features, like marble-inlaid terrazzo floors, carved and gilded woodwork, black walnut paneling, and gorgeous Waterford chandeliers that are suspended from 25-foot ceilings in the hotel’s Silver Ballroom. Guests enjoy the best of both worlds—luxurious, modern-day amenities in an elegantly restored setting.