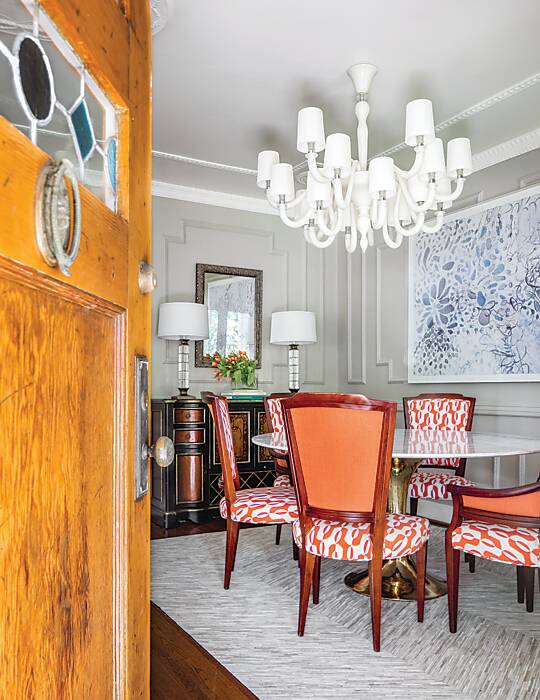 Interior designers often attract clients by word of mouth, but word of snout—the canine kind—better describes how Abbe Fenimore of Studio Ten 25 formed a collaboration with Dallas homeowner Courtney Davis. The two women share a love of Brittany spaniels and met when they used the same veterinarian for their pets, Caddo and Bowie. Serendipitously, their friendship blossomed about the time Courtney had begun work on the décor of her 1920s cottage and realized she needed help. 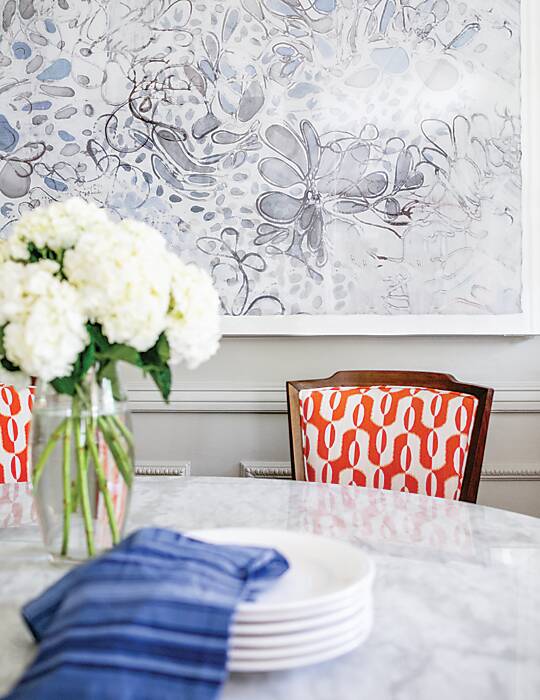 Courtney’s abode in the Lakewood Heights neighborhood had been refreshed and expanded over the years, but much of the early 20th-century woodwork, plaster walls, and flooring were intact. At dog parks and events, Abbe and Courtney often had exchanged design ideas, so it was an easy move to a professional liaison. Abbe appreciated that Courtney’s foray into decorating respected the bones of the residence, keeping the original floors and painting the walls throughout a neutral gray with white trim. The homeowner also had a cache of items collected on her travels, like a magnificent Murano glass chandelier purchased on a trip to Italy.