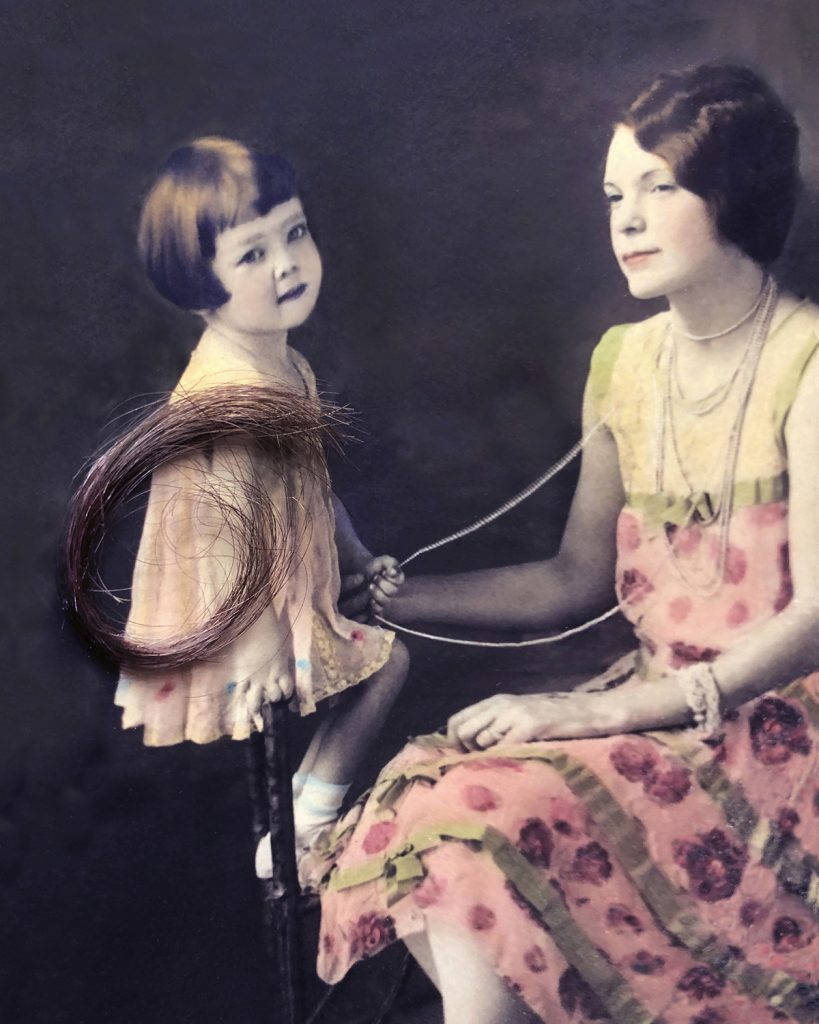 You know the expression: “If you love something, set it free.” But in this story, I had no intention of setting one particular treasure free. Nature, however, works in mysterious ways.

One morning, instead of writing, I do what I often do when I’m at a creative impasse. I wash. I clean. I sort. In this case, the sorting involved stacks of old photos and scrapbooks my grandmother had created during every decade since the 1910s.

I had already gone through a slew of scrapbooks from the ’60s, ’70s, and ’80s, carefully extracting photos taped onto yellowing sticky pages under sheets of plastic (that also had been taped). The well-meaning yet ill-conceived archival measure made scanning the images for family members nothing short of vexing. Until now, I had held off examining the oldest scrapbooks, which were slowly disintegrating, held in place by once-clear plastic bags that looked like they had been buried in dirt at some point. Of course, they never were, but that should have been a sign.

“Some birds aren’t meant to be caged. Their feathers are too bright, their songs too sweet and wild.” –Stephen King

My mother wasn’t keen on revisiting the past. (“Why get depressed? Everyone’s gone. And I’ve aged.”) But I see old photographs as paper time capsules bearing sweet expressions, special outfits, verdant settings, and familial happiness. At times, looking into the faces of Mama and Nannie, I feel an almost transcendental connection with them, as though they are with me.

Starting with a stack of the oldest photo albums, I pulled out one of the least decrepit ones. It was titled “Baby’s First Years.” Nannie’s writing, all throughout, included this gem: “Freddie Lee is a sweet little girl, but will bite and pinch if she doesn’t get her way.” (Mama would carry that trait through life, but her bite was mostly via a choice use of words.)

As I flipped through the booklet, a small envelope slid out. It bore the prominent logo of The Roosevelt Hotel in New Orleans, and Nannie had written on the front, “F. Lee., age 3, Alexandria.” The envelope was in remarkably good condition, and tightly sealed. Holding it up to the light I saw what looked to be a lock of hair—a heretofore never discovered archaeological specimen.

I carefully opened the envelope and found a lovely coil of auburn hair tinged with gold. I knew that hair color. I had seen it in a photo of Mama and Nannie taken the same day the hair had been snipped and saved. Had Nannie kept it when my mother’s hair was cut before the photo session? My hunch was yes. But the one thing I did know was that I could not keep this find to myself. My brother in Natchez, Mississippi, and niece in Oakland, California, would definitely want to see it. Seeing as the 94-year-old treasure was not fit for U.S. Postal Service transport to two locations a thousand miles apart, I opted to photograph it creatively for them. For all of us.

“The taking of a photo is poetry known only to you.” –Unknown

Placing the auburn lock atop the hand-tinted photo from 1928, I moved the duo to a table near a window with soft light. I then proceeded, as gently as possible, to move the curl around on the photo to show it in its best light. I found it uncanny how similar the hair color was to the hair in the photo. This made me even more impressed by the unknown Alexandria, Louisiana, photographer, who had beautifully composed the mother-daughter setting. Both looked resplendent in the dresses my grandmother had made by hand especially for the sitting. And Mama, clutching a long strand of Nannie’s pearls, has an expression I read as, “We are connected, she and I.”

As the light began to change, I picked up the curl to place it where it might glisten more. But then, the unthinkable happened. The hair in my fingers began to dissipate, crumbling into almost indescribably fine grains of sand and floating like tiny stars in the sunlight. I grasped in vain to capture any flecks of Mama’s hair, but it had become imperceptible dust.

What on earth had I done? I dropped to my knees in tears. It was like losing my mother for the second time in life. Then came the guilt. In less than five minutes, I had managed to destroy the hair Nannie had carefully preserved for posterity.

After a moment of stunned silence, I regained my wits. I quickly checked my camera’s photos. Had I dreamed the whole thing? Fortunately, the images were there, and as fate would have it, the best shot was the very last one taken before the hair disappeared.

As I inspected the photograph closely, I told myself all of life is fleeting. The pearls worn by my grandmother, despite my mother’s tight grip on them, were no more. Nannie was no more. Mama was no more. The photo studio was no more. But, on the bright side, something magical had been created that day. And while the 1928 photograph reflected their magical moment, the photo I had just made would be forever our magical moment.

Not long afterward I happened upon a quote from my late friend Jan Glidewell, a longtime newspaper columnist in Florida. I thought it fitting for the haunting event I had experienced: “You can clutch the past so tightly to your chest that it leaves your arms too full to embrace the present.”

I say we vow to embrace the present—by remembering our mothers and grandmothers this Mother’s Day month with great love and respect, and by letting their sweet melodies forever keep us in tune with them. 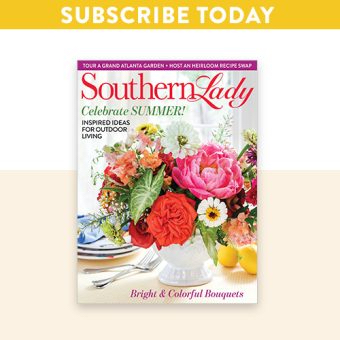