With Halloween upon us, stores are flooded with mass-produced costumes for tots, who will soon be in pursuit of treats. Some of the styles have me thinking of the displeasure my mother would express at such “monstrosities.”

“Never look scary, darling,” she once advised. “Always be beautiful, no matter the occasion.”

With my fashion options for a fright-night outing greatly narrowed, my grandmother Nannie decided I should be Glinda, the good witch from The Wizard of Oz. Nannie made a pink satin and organza dress for me that was fluffed out with crinoline and accented with silver flowers. A shimmering silver star was affixed to the top of my baton to make it a magic wand, and my crown—cut from poster board and as tall as a chef’s toque—was drenched in silver glitter. It was beautiful, indeed, but my sparkling little visage looked greatly out of step with my cohorts, who dressed as bedraggled zombies or green-faced witches.

Glinda would be my go-to costume until my dress had no more material to let out at the sides and the hemline indicated I was anticipating a flood. (By then, I’d thankfully lost interest in joining my neighborhood’s annual candy-hunting posse.)

Nannie’s wizardry with a needle and thread was legendary, and she had the most inventive ideas. To wit: a photo from October 1931, showing my mom dressed as “The Enchanted Sunflower.”

Nannie’s sewing skill, when paired with my mother’s flair for the dramatic, once even captured the attention of renowned Louisiana Senator Huey Long. Upon hearing that “The Kingfish” would be visiting their region of south Louisiana, Nannie outdid herself. She made my then 5-year-old mother a Gay Nineties-style dress of pale blue silk with pink ribbons—complete with a matching bonnet—and devised a plan.

As the story goes, little Freddie Lee Bailey was placed atop a Packard Eight roadster, where, to a hushed crowd, she performed a pint-size pantomime of the song “Alice Blue Gown.” It stole Huey’s heart. The senator plucked her off the car, twirled her around, and planted a big kiss on her little check.

Besides costumes, Nannie made much of my mother’s everyday wear for years, and she sewed many of her own fashions, too, even making a version of a dress she saw in the silent picture The Navigator with Kathryn McGuire and Buster Keaton. (You can see Nannie wearing it in the photo accompanying my May 2022 essay.)

Knowing her mother could sew so beautifully, my mother was never compelled to learn such “domestic” endeavors. But Nannie hoped I was cut from a different cloth. To find out, she signed me up for a YMCA-sponsored home economics summer day camp for middle schoolers.

I obliged, but blundered my way through the experience, inflicting damage on any fabric or skin that met my scissors and needle. Nannie began to see that I had not inherited her flair for sewing. All hopes were dashed after completion of my graduation assignment: create a piece of clothing for a family member.

Determined not to entirely bomb the class, I got to work on a Western-style top I thought Nannie would like. In pure mid-’70s style, it incorporated four different fabrics (two florals and two striped), which eventually served to camouflage a couple of misaligned buttonholes and one sleeve that was longer than the other.

In any case, the deed was done, and I presented Nannie with her gift.

“Well, what do we have here?” she asked with dramatic enthusiasm.

“Your shirt,” I replied.

As I committed that to memory, Nannie surveyed my offering as though it were an ancient relic with hieroglyphs she couldn’t decipher.

“My teacher said you can just roll up the sleeves to make them even,” I told her.

After showing my sewing project to a few bemused customers in our clothing store, Nannie ultimately suggested we move it out of the shop “for safekeeping,” noting, to my delight, that “someone might just want to buy it.” Only later did I realize the blouse-shirt had vanished into the ether.

Making peace with my sewing disability, I never ventured further than darning a sock or tightening a button as I moved into adulthood. But a writing project later in my career helped me see that you don’t have to be a master tailor or seamstress to appreciate the beauty of sewing. While helping write the memoir of Mary Ella Gabler, the Texas-based founder of the luxury bedding company Peacock Alley, I discovered her acumen for fine quality and design stemmed from recognizing the intrinsic value of the quilts she grew up around in Pennsylvania Dutch country. “It was the intricate stitching that always caught my eye,” she told me.

Inspired by Mary Ella, and having a love of old quilts, I began paying more attention to the stitching on ones passed down in our family, in antiques shops, in museums, or shown in books. Last year—after being captivated by a quilt that had the most creative stitching I’d ever seen—I began teaching myself how to replicate some of those designs for a mixed-media art project.

Then, the other night, while laser-focused on a stitch pattern I was replicating, an indescribable peace washed over me. I felt connected to the unknown soul who had created those stitches. Through the medium of thread, and despite nearly a century between us, we were together sharing a passion for beauty and creativity. I wonder if Nannie ever experienced such a sensation?

I’ll never know. But I do know that this October 31, as trick-or-treaters come and go, I’ll be whiling away the hours with my sewing project, and thanking my lucky stars to have been blessed by such creative spirits. 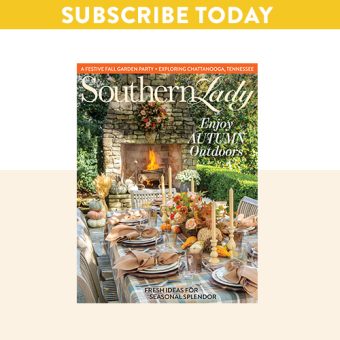