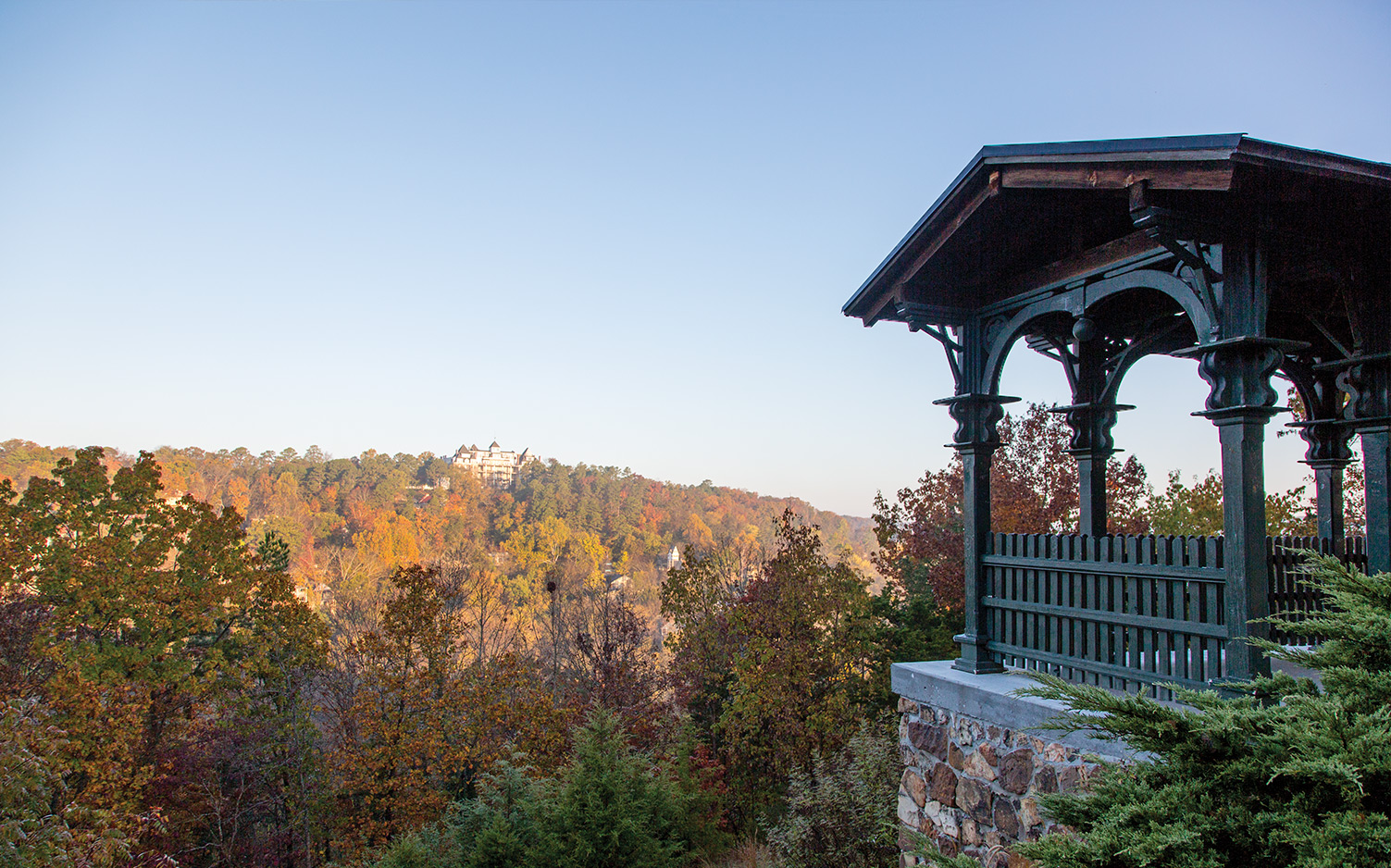 Nestled in the Ozark Mountains, among scenic lakes, rivers, and springs, lies a quaint Victorian village that made a name for itself through its distinctive natural splendor. Long ago, Eureka Springs became known for its therapeutic mineral water—from the first Native American settlers’ legends of a great healing spring to European Americans’ discoveries of the water’s curing ailments and diseases.

Word of these magical springs attracted many travelers, and by the late 19th century, the town had become a thriving tourist retreat. Today visitors can experience much of the area’s Old-World wonder, thanks to its dedication to preserving its past. The entire city is listed on the National Register of Historic Places, and the National Trust for Historic Preservation named it one of “America’s Dozen Distinctive Destinations.” 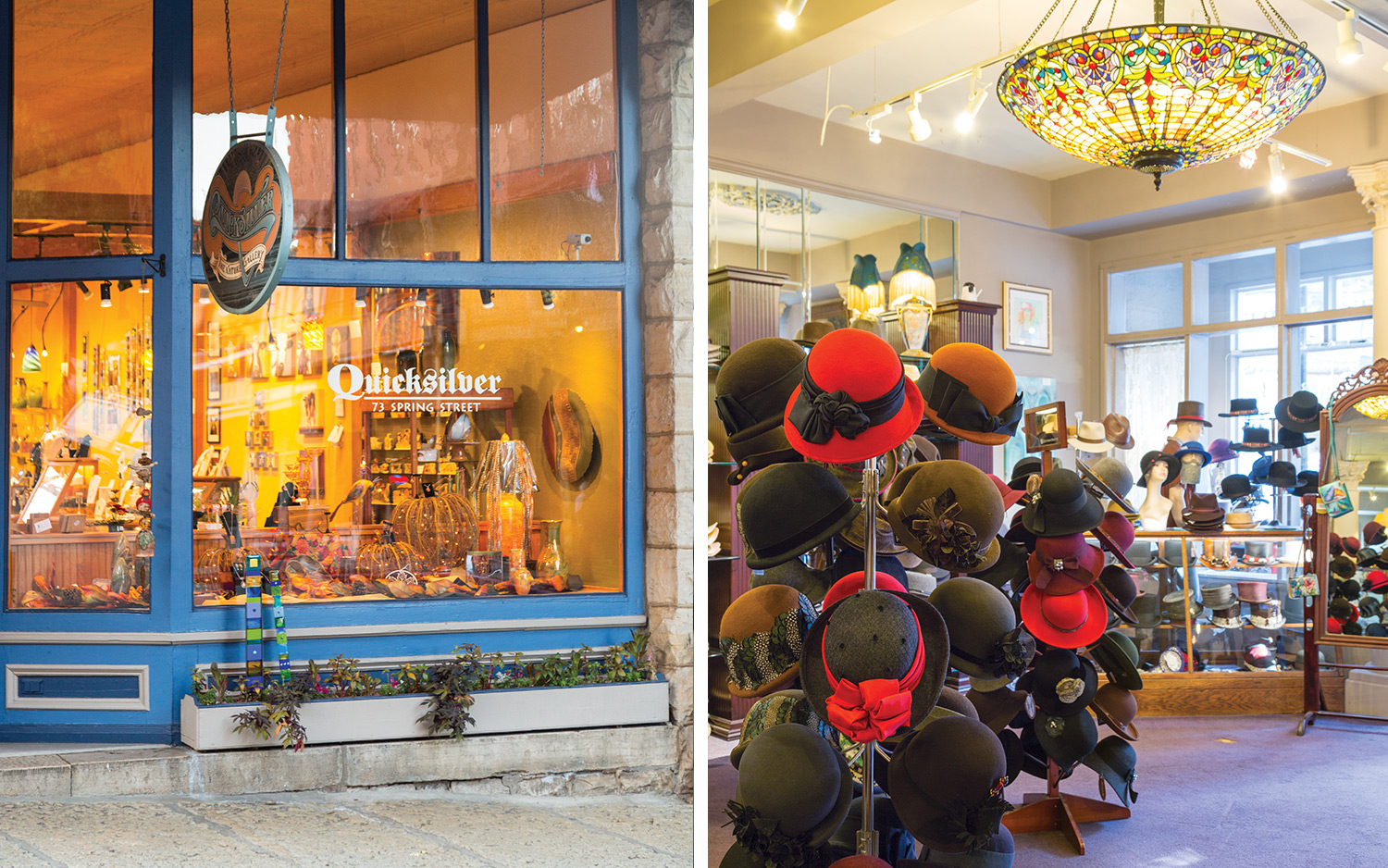 While perusing the downtown historic district on a narrated open-air tram tour or a simple solo saunter, you’ll first notice the intriguing topography of “The Stairstep Town.” Its mountainous setting results in miles of winding walkways that rise and fall along the foothills. Take a stroll down scenic Spring Street, also known as “The Boulevard,” and experience the celebrated Natural Springs Trail, as well as preserved historical structures like St. Elizabeth of Hungary Catholic Church, with its unique bell tower entrance. The main street also showcases pristine examples of Victorian-style architecture, distinguished art galleries, charming shops, and tasty eateries—but not a single traffic light.