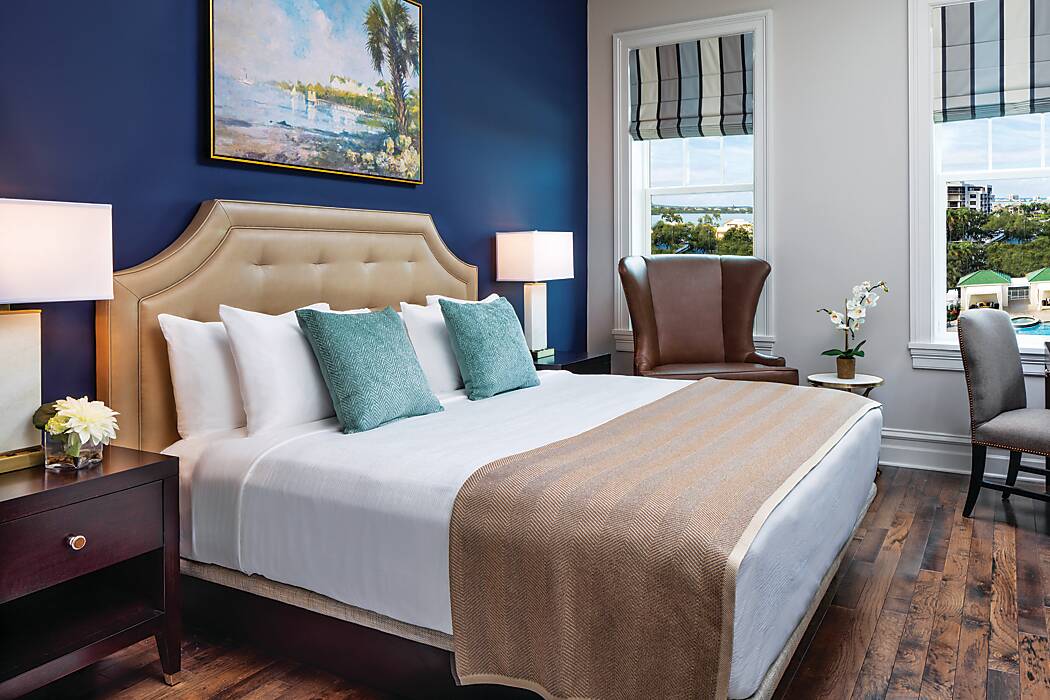 Whether teeing off on either of the two 18-hole golf courses designed by Donald J. Ross or simply relishing upscale leisure, notable guests of the Belleview over the years include Jimmy Carter, Babe Ruth, Fred Rogers (who reportedly taught swimming lessons in the 1950s), Bob Dylan, Tony Bennett, and wealthy families such as the Vanderbilts and DuPonts. The grande dame even housed U.S. Army Air Corps soldiers during World War II. The Belleview changed hands and names numerous times after Morton’s death in 1918, retaining its lavish allure until it eventually fell into disrepair and closed in 2009. 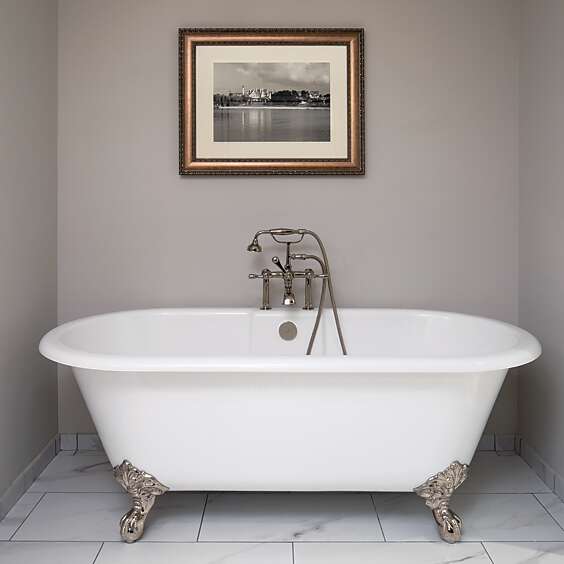 With support from Belleair residents to restore the iconic site at the heart of their historic neighborhood, a local developer revived the Belleview to its former grandeur while outfitting it with 21st-century amenities. There are 35 well-appointed rooms and suites in the updated inn, a cozy seating area overlooking the picturesque lawn and pool, and a café named for Maisie. For recreational activities, fine dining options, spa facilities, and beach access, guests have exclusive access to the Belleair Country Club (a short walk from the inn) and the Belleview’s sister property, Sandpearl Resort in Clearwater Beach (15 minutes by car).