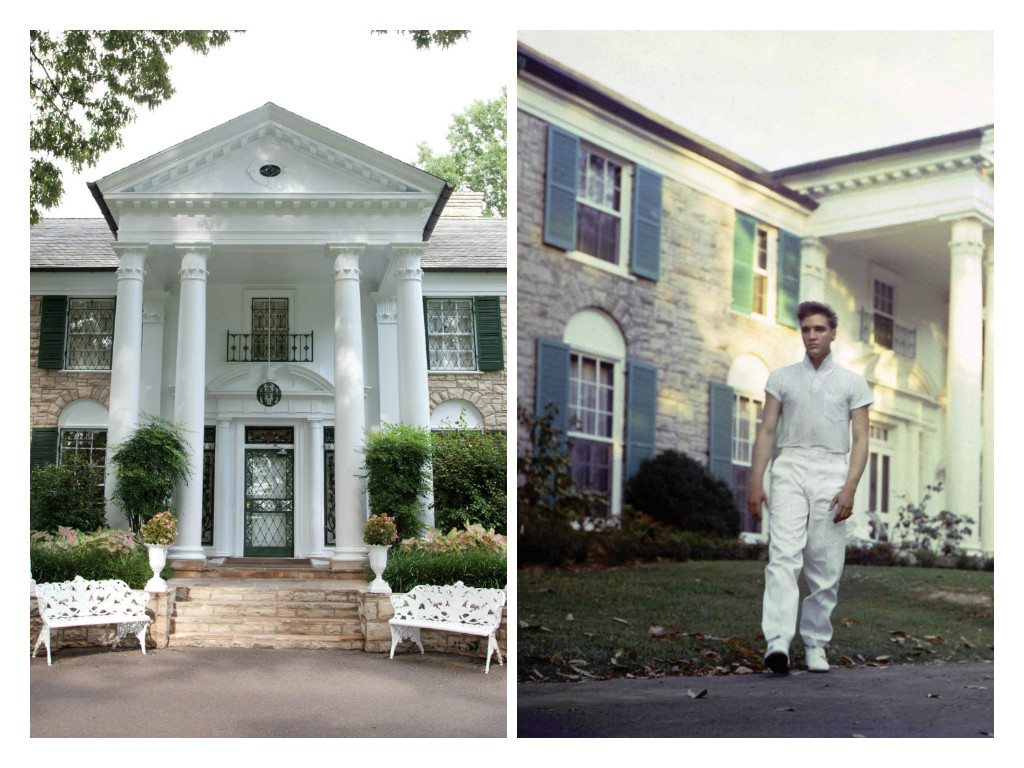 When Mississippi-born Elvis Presley began his rapid rise to stardom, he and parents Vernon and Gladys realized they needed more privacy than their home near downtown Memphis afforded. So in 1957, the 22-year-old singer flew home from filming in Hollywood just long enough to purchase a new place for his family, a remote estate known as Graceland. Once a working cattle farm named for the original landowner, Grace Toof, the expansive property became not only a refuge from the fame and fans but also a canvas for Elvis’s unmistakable style and, eventually, a major chapter in his legendary story. While the décor changed throughout the years, Graceland’s rooms have been restored to highlight various iconic elements, such as the custom 15-foot white sofa in the living room, the royal blue draperies that were swapped for more festive ones during the holidays, and the set of stained-glass peacock panels specially designed by an area artist. Naturally, the Music Room always centered on a beautiful piano, where Elvis enjoyed private moments as well as spirited performances with family and friends. 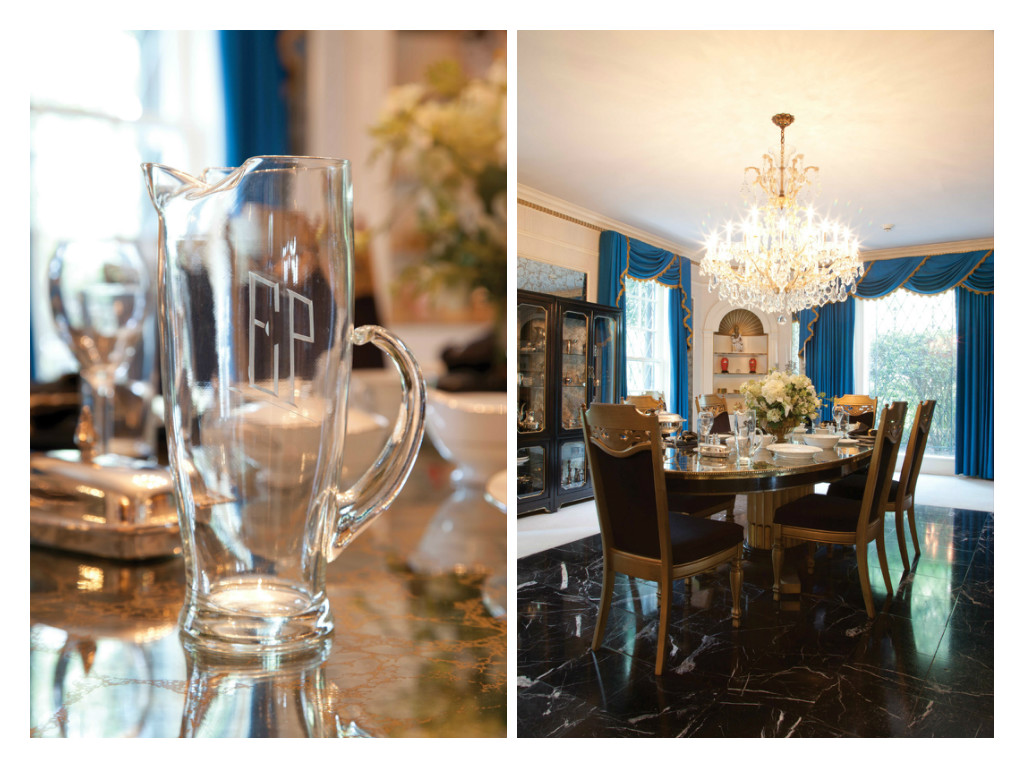 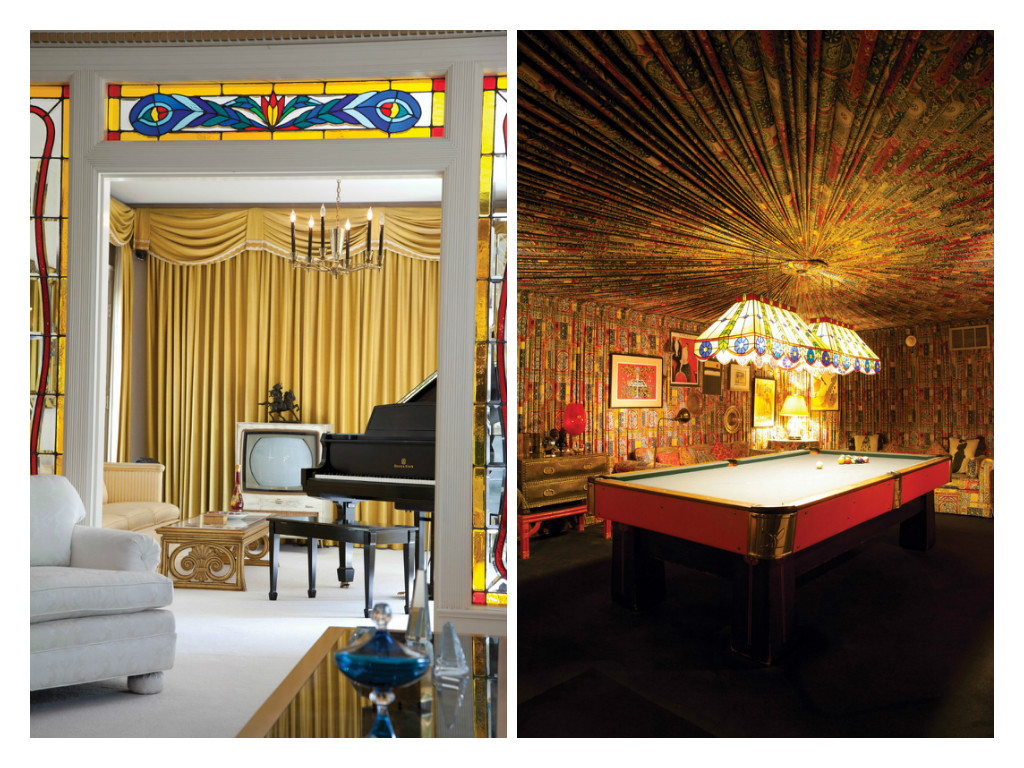 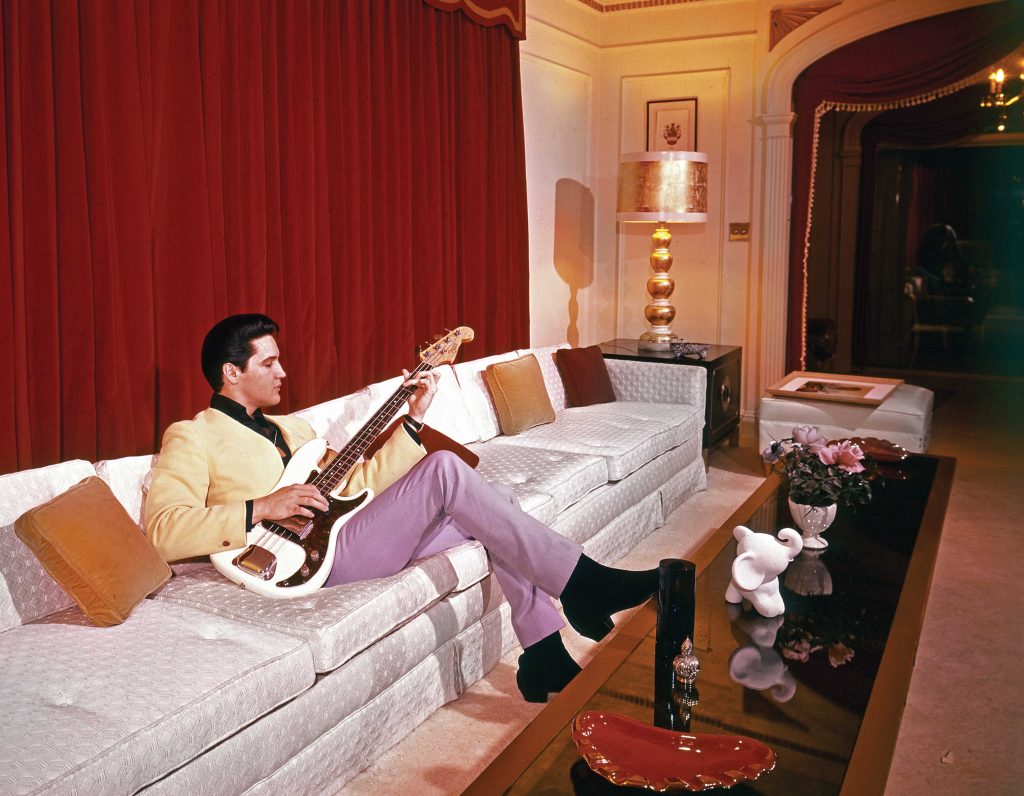 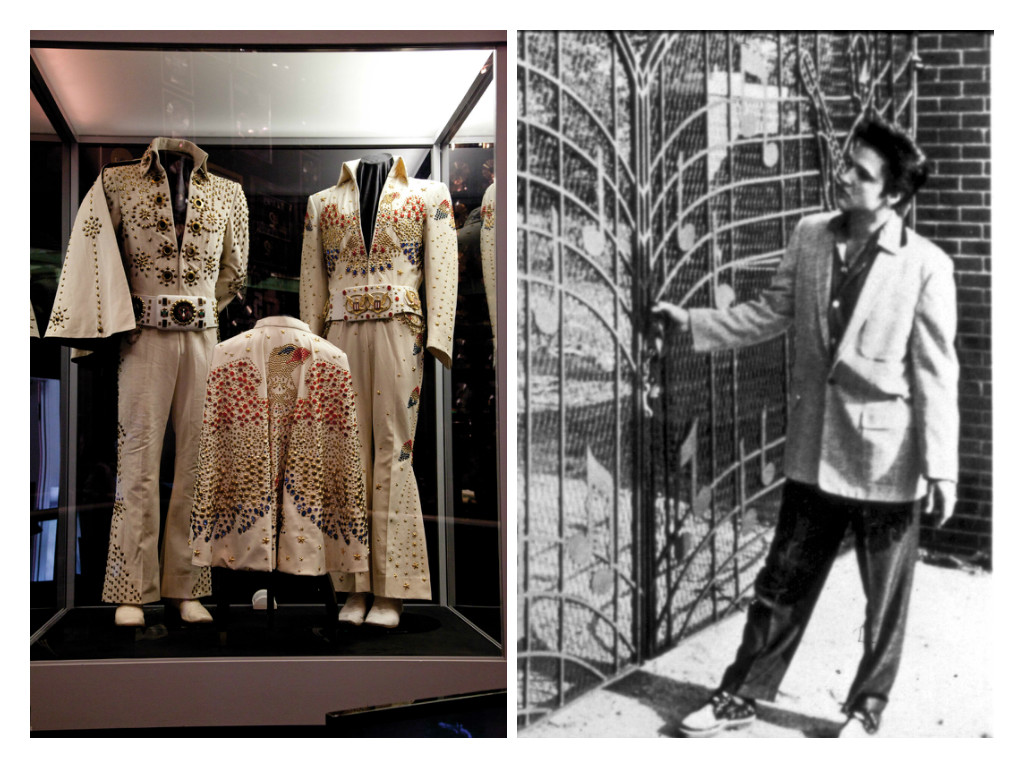