HIT THE ROAD IN LAFAYETTE, LOUISIANA, AND
EXPLORE ALL LOUISIANA’S CAJUN AND CREOLE COUNTRY HAS TO OFFER.

Enter the Cajun Country Getaway Giveaway! Win a trip for two that includes a 3-day/2-night stay in a Lafayette area hotel, a VIP Attractions Pass (for free admission to area attractions) and a gift certificate for a local Cajun restaurant.

For travelers looking to immerse themselves in a true cultural experience, put Lafayette, Louisiana, on your bucket list. Louisiana’s Cajun and Creole Country is one of the most unique places you’ll find in the United States. Among fields of rice and sugarcane, bayous and cypress swamps, you’ll discover authentic music, incredible cuisine, and joie de vivre—a genuine joy of life you won’t find anywhere else.

Lafayette’s distinctive mix of Cajun and Creole has people coming from all over to get a taste of authentic south Louisiana cuisine. New generations of chefs are putting an inventive spin on time-honored recipes, making every bite of food a unique experience. Whether you’re dining at local restaurants or laying newspaper down for a crawfish boil, we guarantee it’s going to taste incredible.

In addition to being known as Cajun and Creole Country, Lafayette is also known as “The Hub City” because of its proximity to major roadways heading north, south, east, and west that lead locals and visitors to explore smaller towns. Though Lafayette is the largest growing city in the region, a great portion of its rich culture is driven by surrounding communities, the gems that make up Acadiana.

Rôder (pronounced “row-day”) in Cajun French means “to roam” or “run the roads” and Lafayette is the perfect destination to pile the family in the car and rôder. Whether you’re coming for the day or planning an extended vacation or staycation with the family, the Happiest City in America and nearby towns have the perfect experience waiting for you.

For more on Lafayette, visit LafayetteTravel.com. 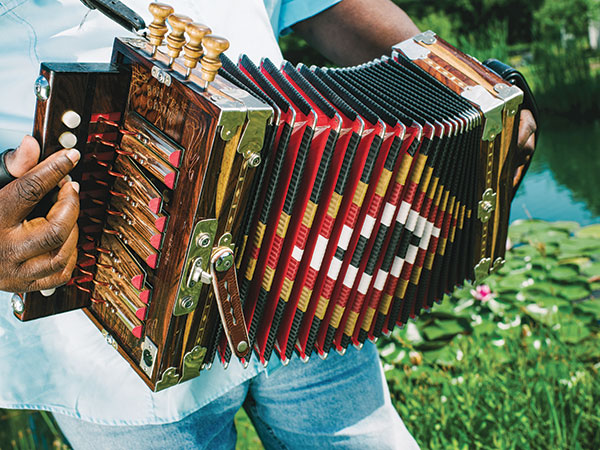 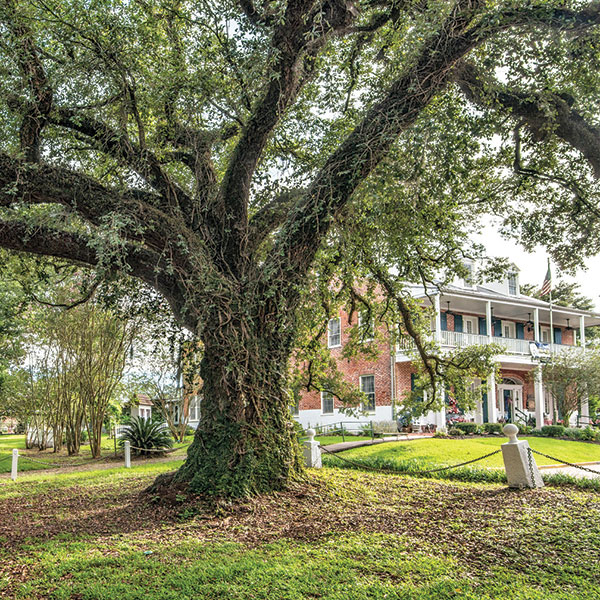 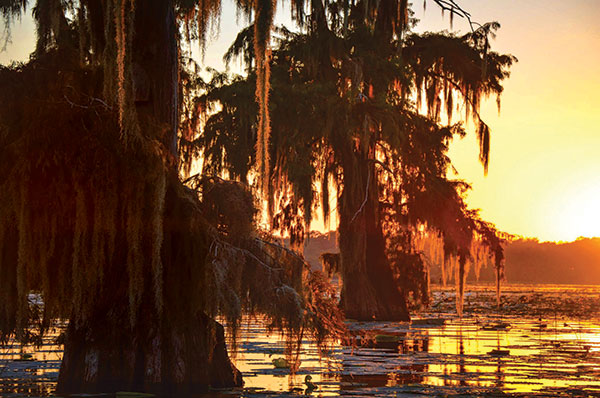 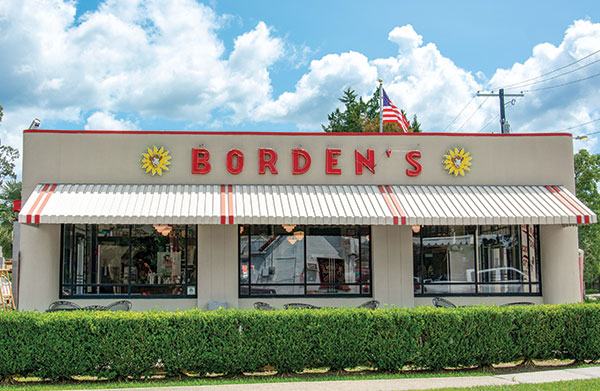 Lafayette is at the heart of Louisiana’s Cajun and Creole Country, where you can truly feel the pulse of the distinct food, music, and culture Lafayette has to offer. Whether you’re itching to try authentic Cajun and Creole cuisine, to dive into the area’s rich history and culture, or to take in the scenery of the great outdoors, Lafayette has something to suit every interest. Here are just a few of the unique sights, sounds, bites, and more that can only be found in Lafayette.

Cajun Music
Hear an accordion along with a rubboard, triangle, and fiddle, and you know you’re in Cajun Country. Because of its unique sound and proud heritage, Acadiana is fertile ground for local and internationally renowned musicians. Listen to local music and do the zydeco two-step at local dance halls like Rock ‘n’ Bowl de Lafayette and Hideaway on Lee as well as at Festivals Acadiens et Créoles, the Lafayette Farmers and Artisans Market at the Horse Farm, and the Louisiana Crossroads series at Acadiana Center for the Arts.

Cajun French Culture
Lafayette has been noted by CNN as one of the best places to experience French culture in the United States. The area was settled in the late 1700s by Acadians who were exiled from Canada when they refused to give up speaking French and practicing Catholicism. They found refuge in south Louisiana, and today, their French roots remain strong. Public school children can enroll in French immersion as early as pre-K, and high school seniors can receive a Seal of Biliteracy on their diploma. Around town, visitors might hear a distinct dialect of Cajun-French, notice names like Hebert (pronounced “a-bair”), Boudreaux, LeBlanc, and Thibodeaux, and hear expressions like cher bébé, meaning “darling.”

Evangeline Maid Bread
The most famous Acadian refugee to the area is Evangeline, who was immortalized in Henry Wadsworth Longfellow’s epic poem. Drive around town, and you’ll see her name on everything from an oak tree and highway signs to a giant billboard with a spinning loaf of bread. Now 100 years old, Evangeline Maid bread is still produced in Acadiana, where some half a million loaves are made each week. Get a photo by the iconic sign and be sure to pick up a loaf of the soft white bread at a local grocer. You’ll thank us later!

A One-of-a-Kind George Rodrigue
Acadiana’s native son George Rodrigue became famous for his Blue Dog paintings, but before creating the pop art icon, he documented the distinct Cajun culture through paintings and sculpture. Fans can see his work at galleries in Lafayette, New Orleans, and California, but few know about his 12-foot monument depicting the poet Longfellow and the reunion of Evangeline and her lost love Gabriel, which he created in Italy in the early 1980s and had shipped home to Acadiana where it now stands on Asma Boulevard off of Kaliste Saloom Road.

America’s Largest Swamp
The Atchafalaya Basin is even bigger than the Florida Everglades. This mystical cypress swamp is home to 250 known species of birds, 22 million pounds of crawfish, and massive alligators. Legend has it, the swamp is also home to the Rougarou, a French werewolf. If you’re ready to brave the wild, local airboat and kayaking outfitters provide tours

Cajun Food
Cajuns are famous for their cuisine. Not to be confused with New Orleans’ fancy Creole cuisine, Cajun food is good ol’ down-home cookin.’ A few Cajun specialties you must try include crawfish étouffée, jambalaya, rice dressing, and chicken and sausage gumbo. One great way to taste a little of everything is on Cajun Food Tours.

Borden’s Last Ice Cream Shoppe
Dating back to the 1800s, Borden’s became one of the most recognized dairy brands with its iconic Elsie the Cow mascot. Visitors to Lafayette can savor a blast from the past in the very last Borden’s in the world. The Lafayette outpost has been a mainstay since 1940 and still serves old-fashioned ice cream malts, shakes, sodas, and scoops as well as ice-cold milk right out of the machine.

Scott
5 Miles – 13 minutes from Lafayette
The city of Scott’s close proximity to Interstate 10 makes its quaint downtown district accessible to visitors for local shopping, art galleries, and boudin—lots and lots of boudin. The title “Boudin Capital of the World” was awarded to Scott by the state of Louisiana in 2012. Here in town, you can find the rice- and meat-filled sausage staple at iconic joints like Billy’s Boudin & Cracklin, Don’s Specialty Meats, Best Stop Supermarket, and NuNu’s Cajun Market.

Broussard
7.5 Miles – 15 minutes from Lafayette
South Lafayette Parish remains one of the fastest-growing areas in the state. Along with the growing population comes new businesses and new places to eat and drink, including one of two breweries in Lafayette Parish. Parish Brewing offers tours and a rotating list of brews. Nearby are locally owned restaurants like Fezzo’s, Norbert’s, Poor Boy’s Riverside Inn, and Ton’s Drive-In. After you work up an appetite, take a visit to Zoosiana to see wildlife from all around the world.

Breaux Bridge
9.1 Miles – 18 minutes from Lafayette
Breaux Bridge was given its name from an early Acadian family who built a bridge over the Bayou Teche, a main waterway used during the Acadians’ arrival in the 1700s. The bridge over the Teche now celebrates the town’s other title: “The Crawfish Capital of the World.” Its downtown district is the perfect day trip destination for a main street walk, shopping, live music, and a bite to eat.

Grand Coteau/Sunset
15 Miles – 21 minutes from Lafayette
Almost 200 years ago, a Catholic all-girls boarding school was founded by a pair of nuns in south St. Landry Parish. A small community sprung up around the Academy of the Sacred Heart, which has now become a spiritual destination for visitors. Grand Coteau is a quaint stopping point for boutique shopping and a bite to eat. Its neighboring town, Sunset, also offers antiques shopping and local cuisine.

St. Martinville
16.3 Miles – 26 minutes from Lafayette
St. Martinville lies on Bayou Teche and is the third oldest town in Louisiana, with many buildings and homes with historic architecture, including the historic St. Martin de Tours Catholic Church and La Maison Duchamp on Main Street. St. Martinville is also the site of the Evangeline Oak, featured in Henry Wadsworth Longfellow’s poem about the Acadian expulsion. It is also the site of the African American Museum and is included as a destination on the Louisiana African American Heritage Trail.

Henderson
17 Miles – 23 minutes from Lafayette
With a population of fewer than 2,000 people but nearly 40 percent Cajun French (according to Census data), Henderson is Acadiana’s closest gateway into the Atchafalaya Basin. Along the Henderson Levee Road are gems that offer swamp tours, authentic food, drinks, and Cajun/zydeco dances.

New Iberia
20.5 Miles – 32 minutes from Lafayette
Iberia Parish is home to the world famous TABASCO® Hot Sauce. The McIlhenny Company still operates at its original home on Avery Island, where founder Edmund McIlhenny first made the pepper sauce in 1868. The Queen City of the Teche also has the Church Alley Bike Trail, a trailhead connector through the city’s historic district. The Church Alley Bike Trail also showcases local art and offers nearby shopping and dining along the Bayou Teche.

Abbeville
21 Miles – 37 minutes from Lafayette
Abbeville is home to numerous historic buildings, including Ovide Broussard House, Chauviere House, Richard Cattle Auction Barn, and the St. Mary Congregational Church, to name a few. You may have also seen Abbeville in films like the 1988 remake of the 1958 film The Blob as well as Louisiana Story and, most recently, the HBO series True Detective. Abbeville’s most notable residents include songwriter and musician Bobby Charles, country music artist Sammy Kershaw, and businessman and politician Dudley J. LeBlanc.

Erath
22.5 Miles – 39 minutes from Lafayette
Known as the home of “Living Legends,” Erath embraces and preserves Cajun and Creole culture. The Acadian Museum of Erath is a must if you want to appreciate the journey of the Acadian people and the area they now call home. You can chat with those people right next door at the Museum Cafe. Rip Van Winkle Gardens is only a 5.4-mile drive from Erath, with peacocks strolling through the gardens and jaw-dropping scenery.

Eunice
40 Miles – 47 minutes from Lafayette
Housed in an old train depot, the Eunice Depot Museum offers visitors a glimpse into the life of early settlers of this small town. The museum is located right next door to the Cajun French Music Hall of Fame and Museum, which honors Cajun music legends. Eunice is also home to a number of restaurants, cultural centers, and a farmers’ market. 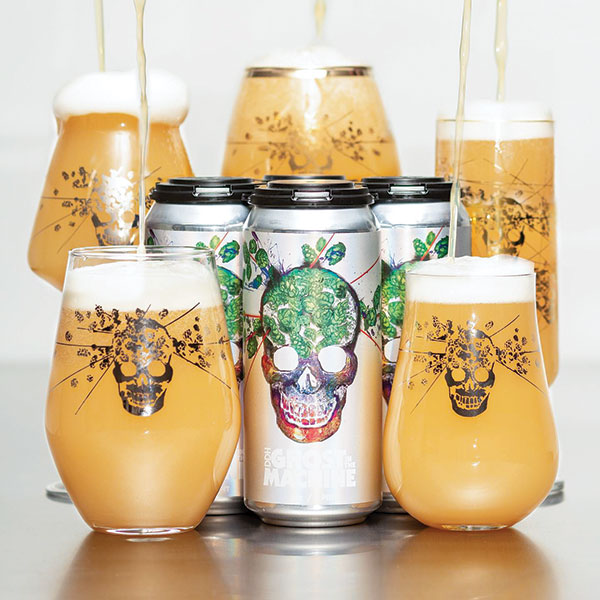 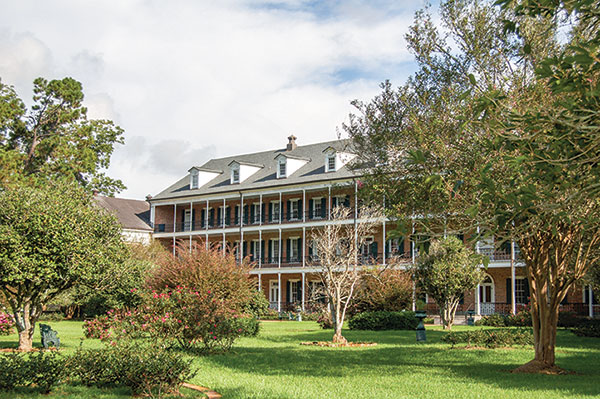 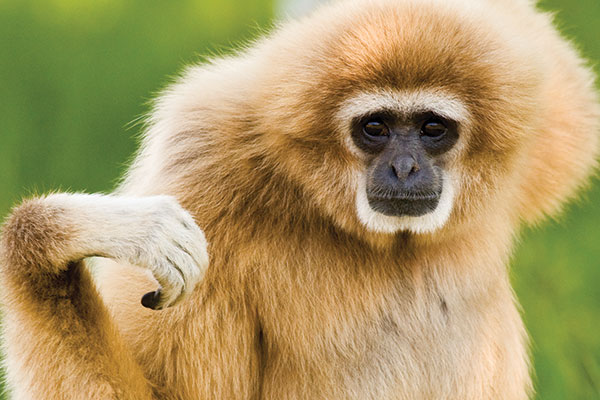