DISCOVER THE TUCKED-AWAY SANCTUARY OF A LITERARY GREAT FASCINATED BY A BACKWOODS FLORIDA SUBCULTURE, WHO TOOK JOY IN MOTHER NATURE AND THE COMPANY OF VISITORS TO HER CREEKSIDE HAVEN. 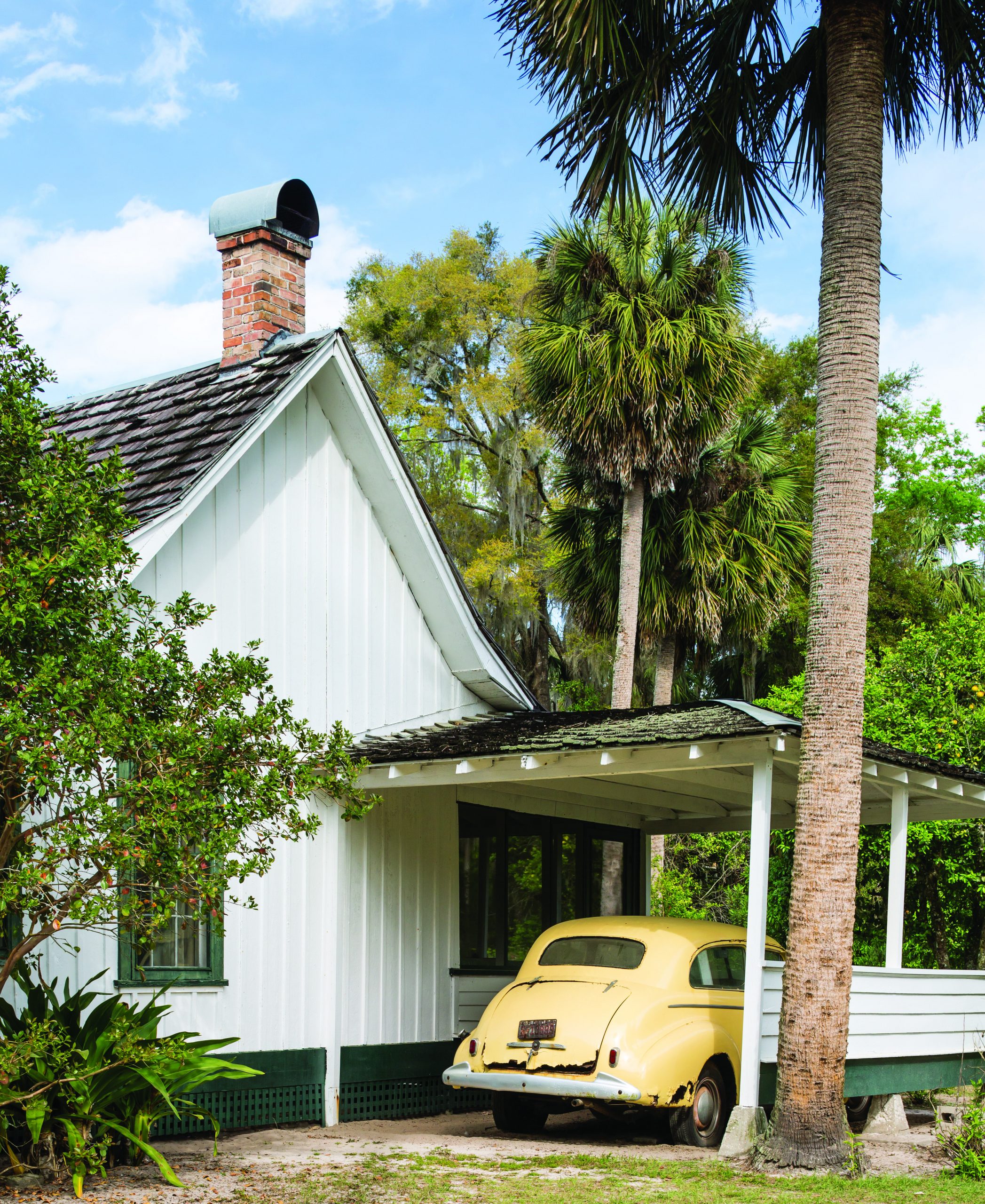 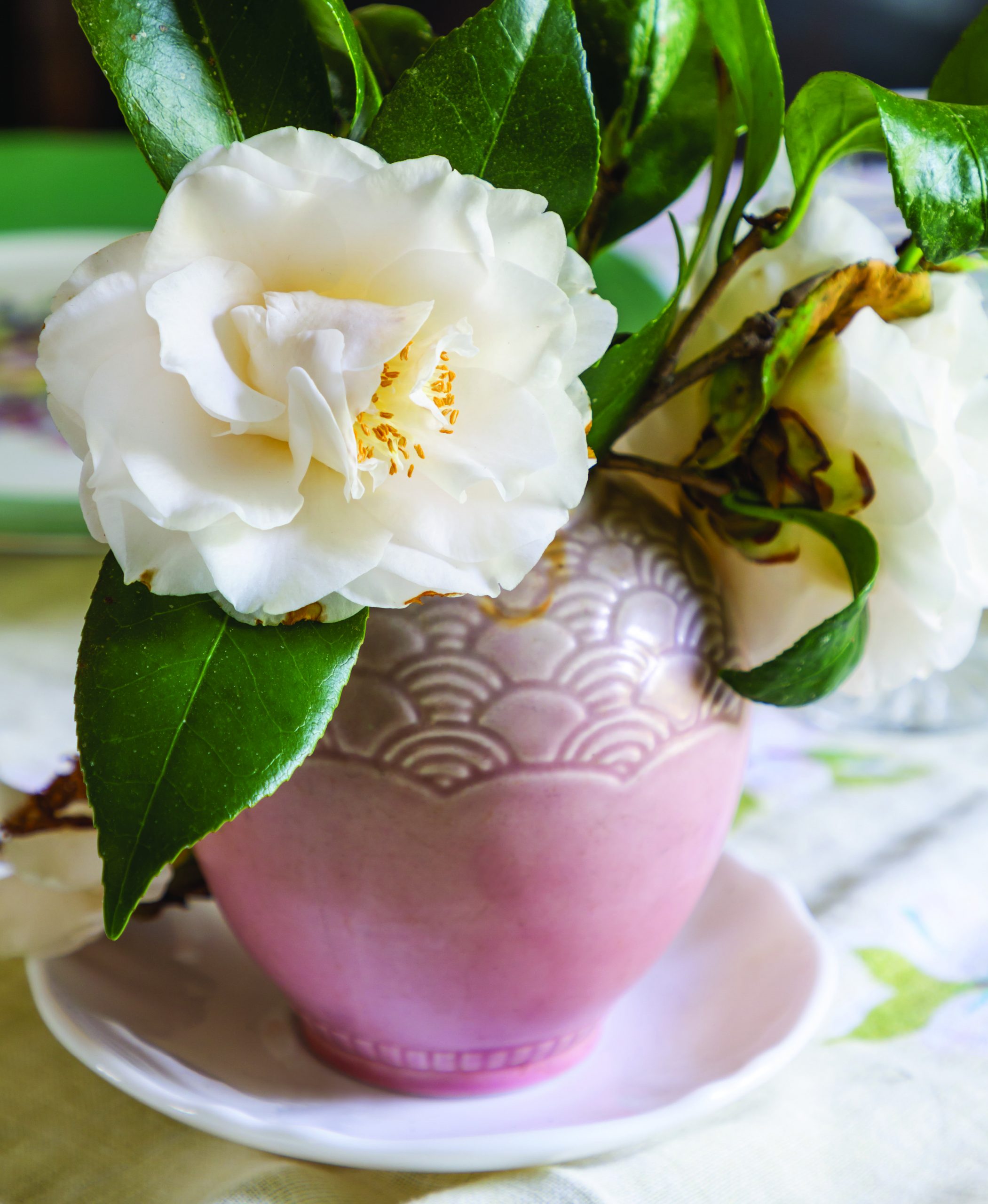 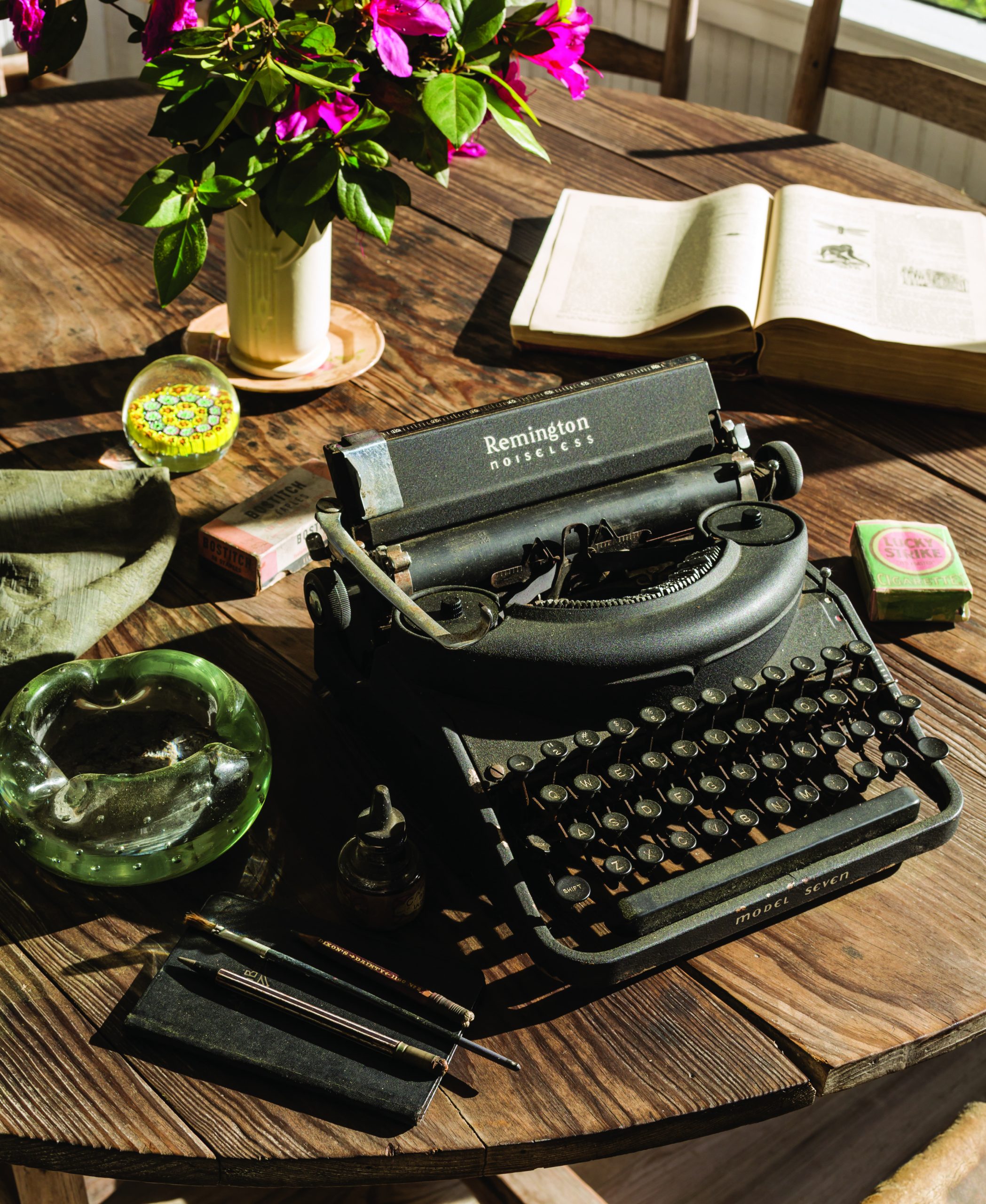 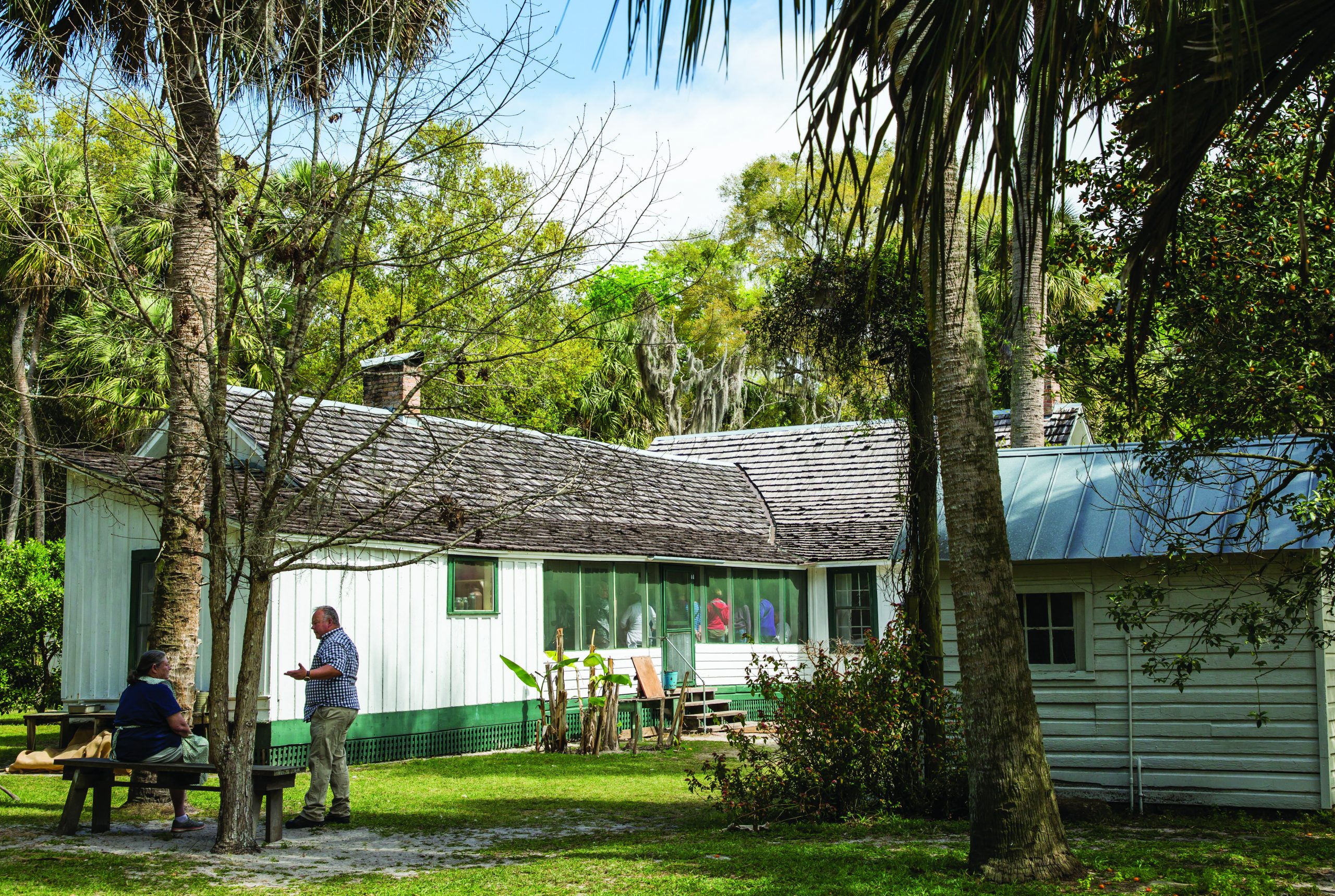 The intoxicating aroma of orange blossoms wafts through screened porch windows, where a 1930s-era Remington typewriter and a vase of freshly plucked flowers rests atop a cypress table. Here, perched in a deer-hide chair, author Marjorie Kinnan Rawlings found herself surrounded by the north-central Florida wilderness she poignantly portrayed in her letters and acclaimed literary works, such as a Pulitzer Prize-winning novel, The Yearling, and a memoir named for the place that so inspired her: Cross Creek.

Overwhelmed by the bustle of 1920s Rochester, New York, Marjorie and her first husband, Charles, aimed to swap city life for a quiet farming routine in this Florida hamlet. They purchased a generous plot of land, which included 1,600 orange trees, and hoped to turn enough revenue from their citrus harvests to support their writerly endeavors. Yet, the Great Depression swept the nation soon after Marjorie and Charles arrived at the farmstead, and the couple faced wholly unexpected hardships due to their unprofitable groves.

While Charles found the simple life more arduous and unpleasant than he’d imagined, Marjorie embraced the influence of her breathtaking surrounds and friendly neighbors, Floridians known as Crackers, who revered the land and upheld the rural traditions of their pioneer ancestors. Marjorie sent letter after letter to Maxwell Perkins, the esteemed editor of Scribner’s Magazine, chronicling the beauty and mystique of her new environs. She was enthralled with the Cracker lifestyle, and with encouragement from Maxwell, she fully immersed herself in their ways—from hunting, fishing, and learning survival skills in the scrub (now part of Ocala National Forest) to tidying up with a mop made from corn husks.

Before long, Marjorie had amassed a treasure trove of various characters, settings, and plots all derived from her backcountry experiences. She’d come to the area to write romance novels, but found herself inspired, instead, by the locals’ distinctive love of the land. The story of a moonshiner who must care for his ailing mother, Marjorie’s first novel, South Moon Under, was so widely acclaimed it was named a finalist for the Pulitzer Prize. “She didn’t come here to write The Yearling; she didn’t come here to write Cross Creek,” says Rick Mulligan, a volunteer park ranger, tour guide, and avid fan of Marjorie’s works. “She was shooting for the stars, but it was just the wrong stars. She got here, and she found something that was real, which she longed for.” 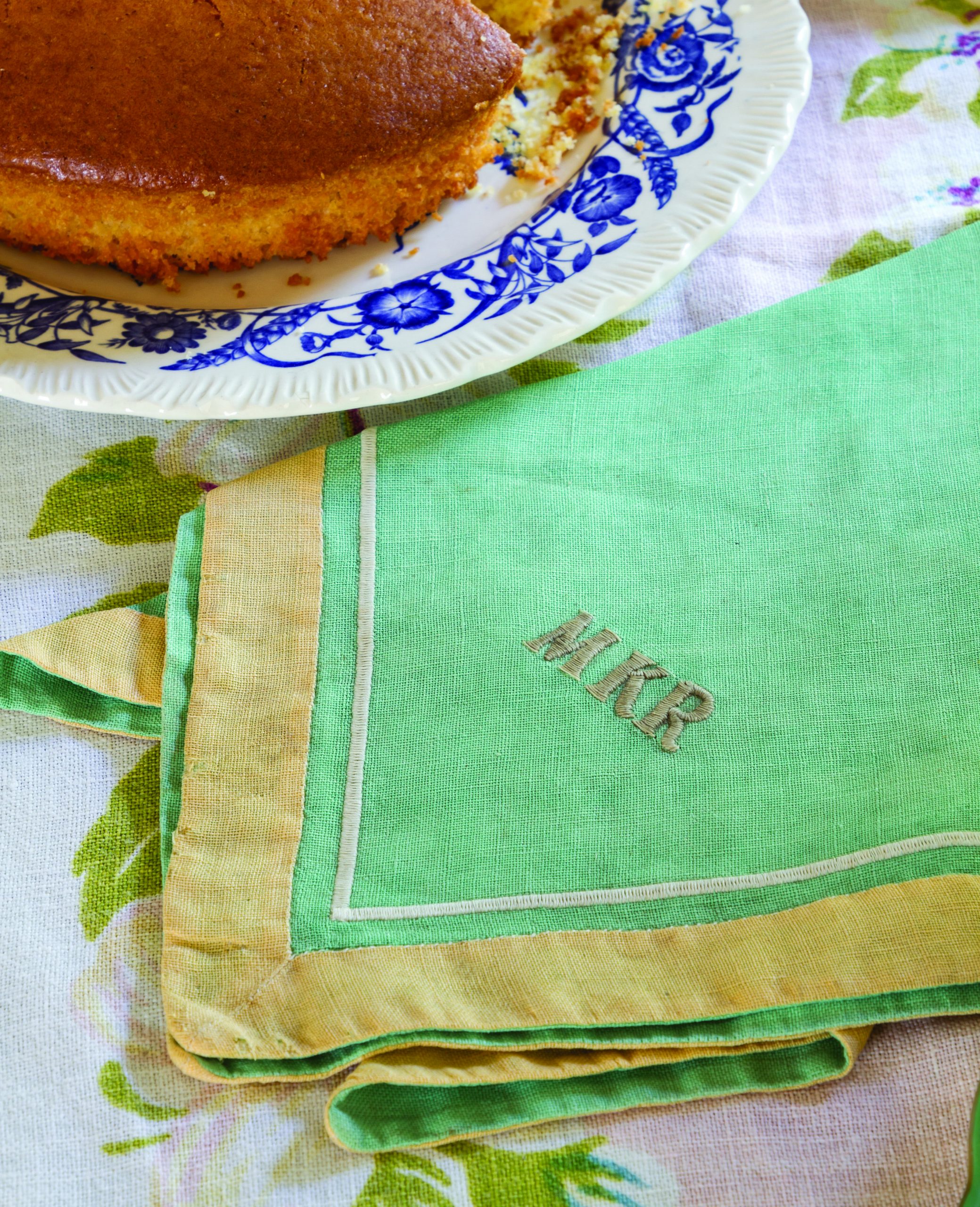 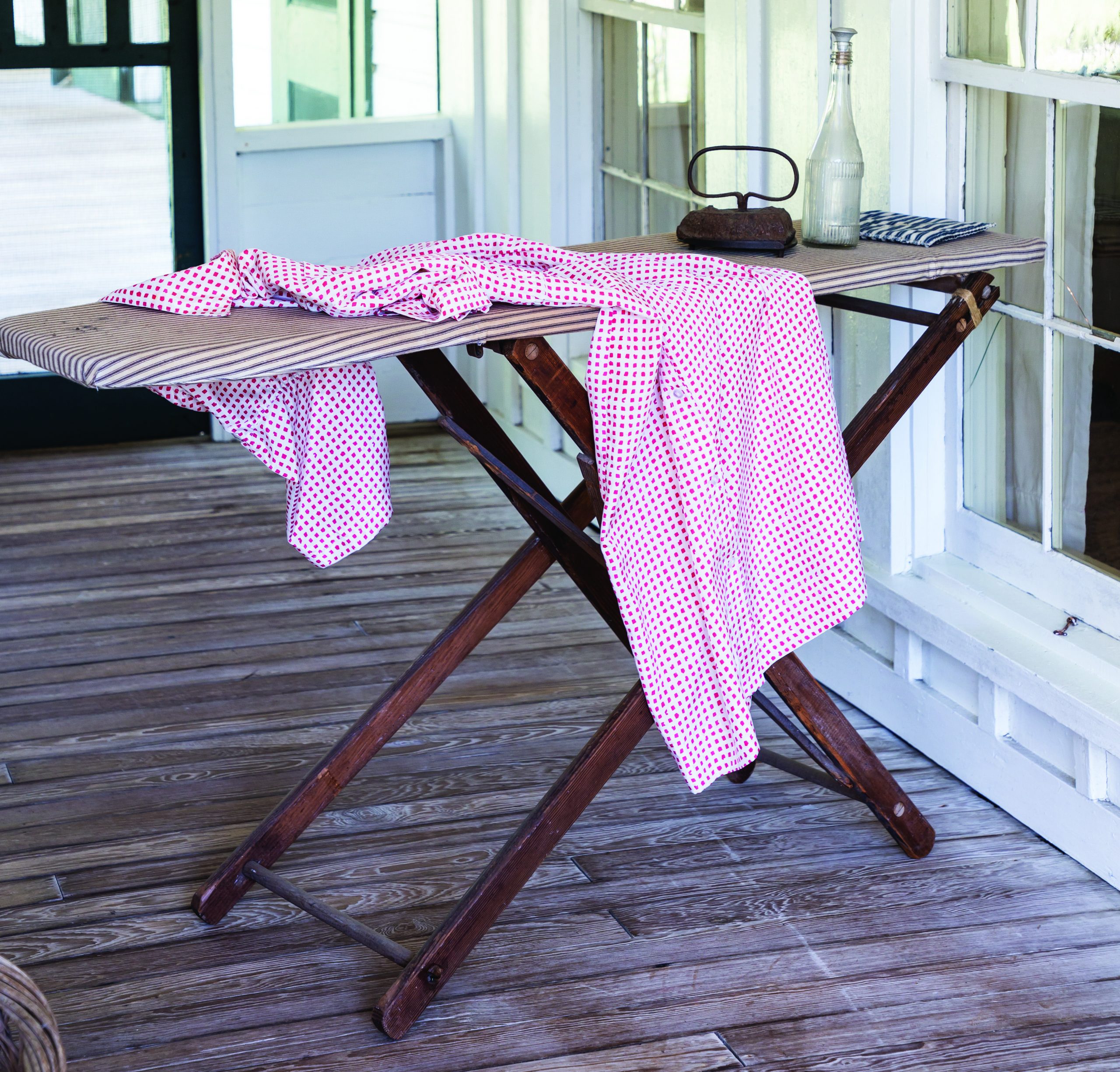 Along with the region’s serene atmosphere, the Marjorie Kinnan Rawlings State Historic Park showcases the Cracker-style structure the writer called home from 1928 to 1943. Docents in period garb lead visitors into Marjorie’s workspace, which doubled as a sleeping terrace, then through the Rawlings’ two-bedroom main house, comprised of three separate structures joined together. The 10-foot ceilings and dogtrot layout are characteristic of Cracker homes in need of ventilation in the hot, humid locale. During her tenure, Marjorie replaced the metal roof with shake shingles and constructed a carport for her yellow Oldsmobile (identical to the one parked onsite today).

With money earned from “Jacob’s Ladder,” a short story published two years before her first novel, she installed the very first indoor bathroom in Cross Creek and threw a grand celebration, complete with drinks on ice in the bathtub and flowers in the brand-new toilet bowl. The latter is a tongue-in-cheek decorative touch that remains steadfast in honor of Marjorie’s fervent love of flowers, which scholars say brought her infinitely more joy than fame. 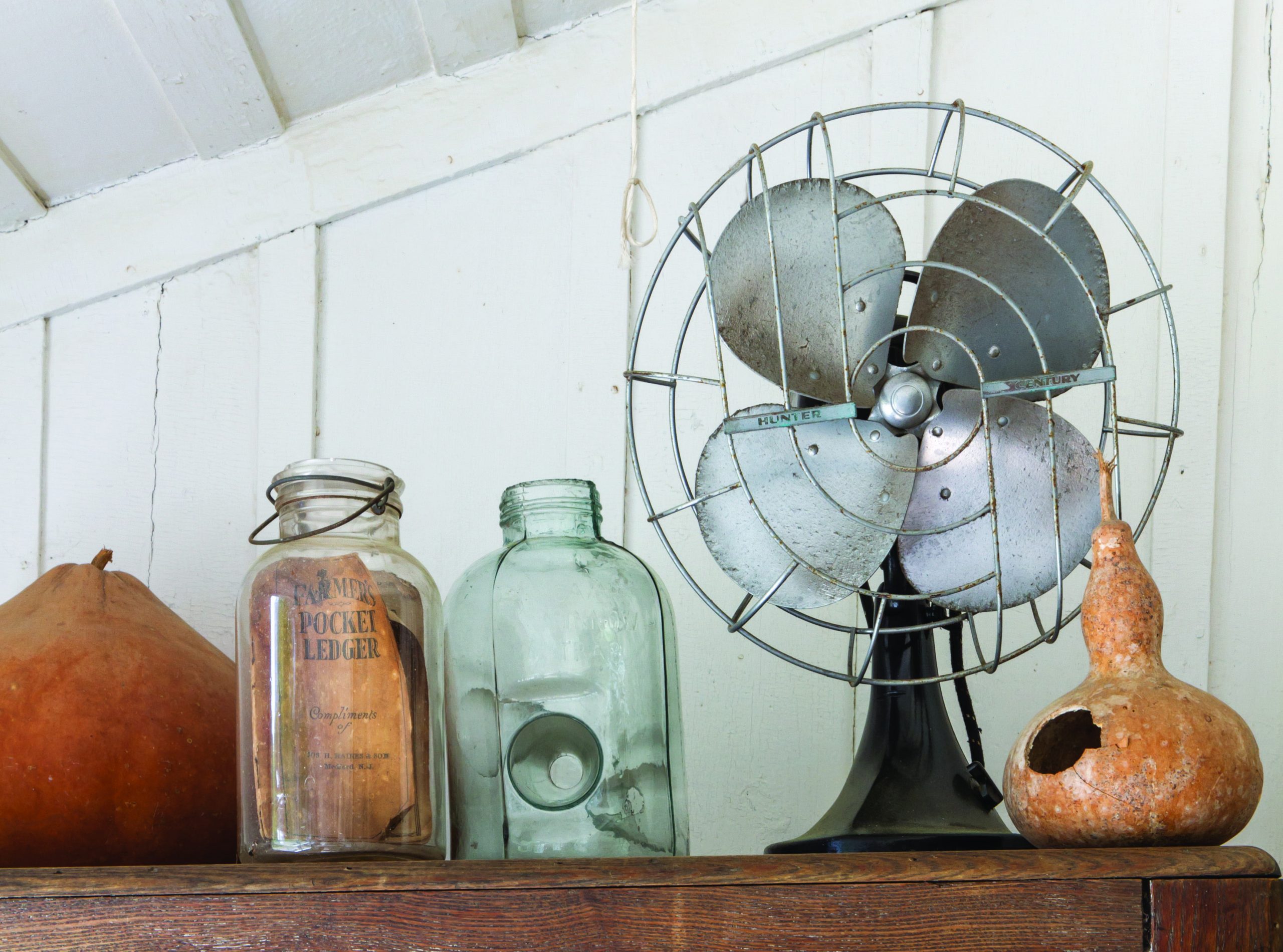 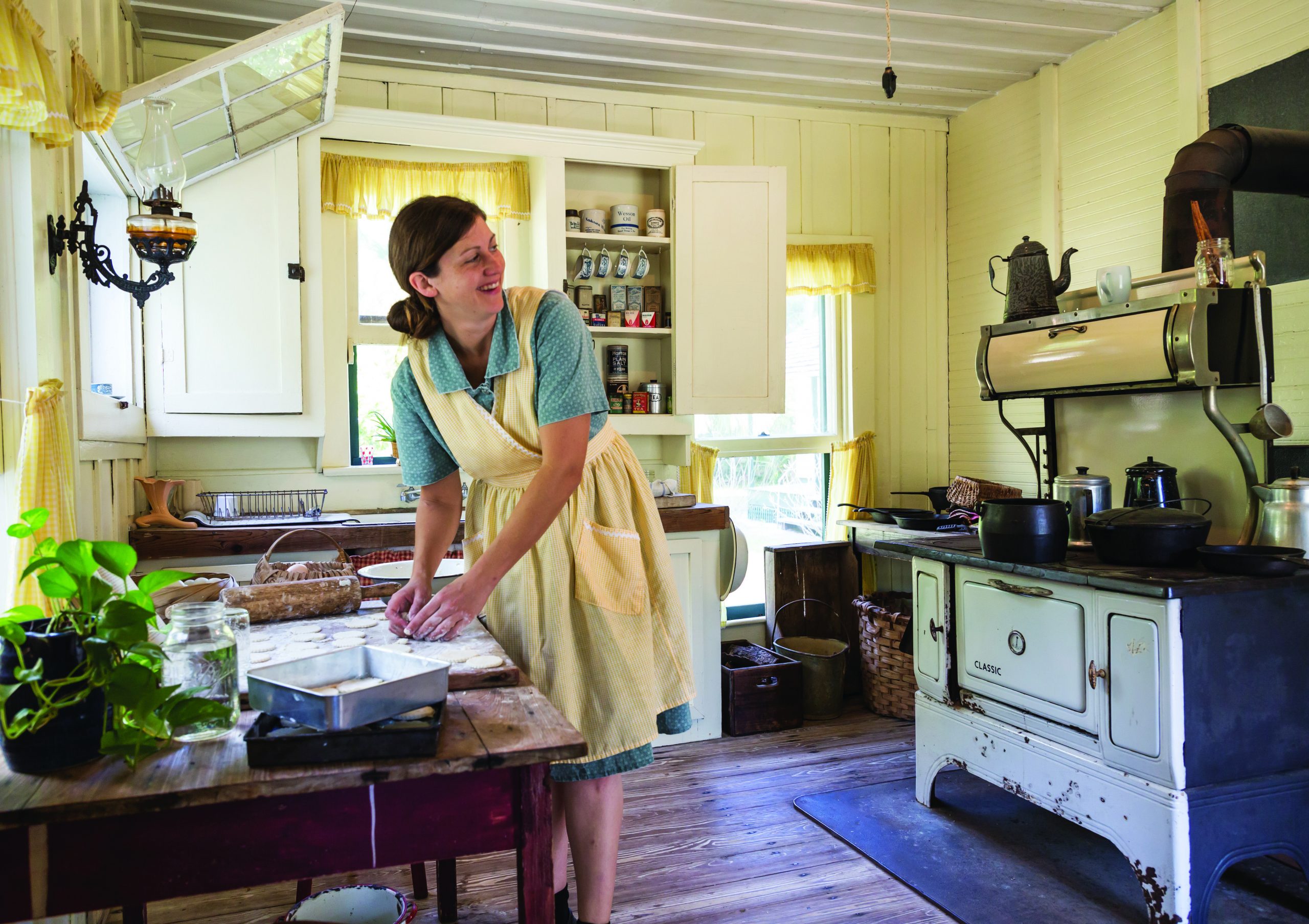 In Elizabeth Silverthorne’s 1990 biography of Marjorie, she unveils the author’s two lifelong dreams: winning a Nobel Prize in literature and having a rose named for her. Neither of these came true before her untimely death in 1953, but more than six decades later, an English professor at Florida Southern College, Dr. Keith Huneycutt, felt compelled to change that. “I realized that Rawlings’s dream still could become reality, because one of my colleagues, Dr. Malcolm Manners, is one of the world’s leading experts on rose propagation,” says Keith.

Receiving help with the propagation from nearby Rose Petals Nursery, Malcolm bred a special, petite red rose registered by the American Rose Society in Marjorie’s name. Three of the bushes were planted outside the homestead’s front gate in an effort to maintain the museum’s authenticity. However, Rick explains, plans are underway to relocate the blooms. “I think there’s probably a place where it can get a little bit more sunlight, where it would have been within her view,” he says. “I think that’s exactly where she would want it. She thrived on beauty.”

While the typewriter poised in Marjorie’s writing space is a stand-in for the original, many of the furnishings and artwork on display are her authentic belongings, such as two complete china collections she used for get-togethers great and small. Many items have journeyed to and from St. Augustine, Florida, where Marjorie’s second husband, Norton Baskin, stored them after her death. At that time, the University of Florida acquired the property in accordance with her will, and they used the farmstead for academic events until its incorporation into the state parks system in 1970.

However, until 2012, one very significant piece of the home was missing: Marjorie’s cherry wood four-poster bed, which she had bequeathed to longtime friends Lois and Ed Hardy of Louisville, Kentucky. The bed remained in the Hardy family for nearly 60 years before descendants generously offered to fund its return to Marjorie’s beloved farm. 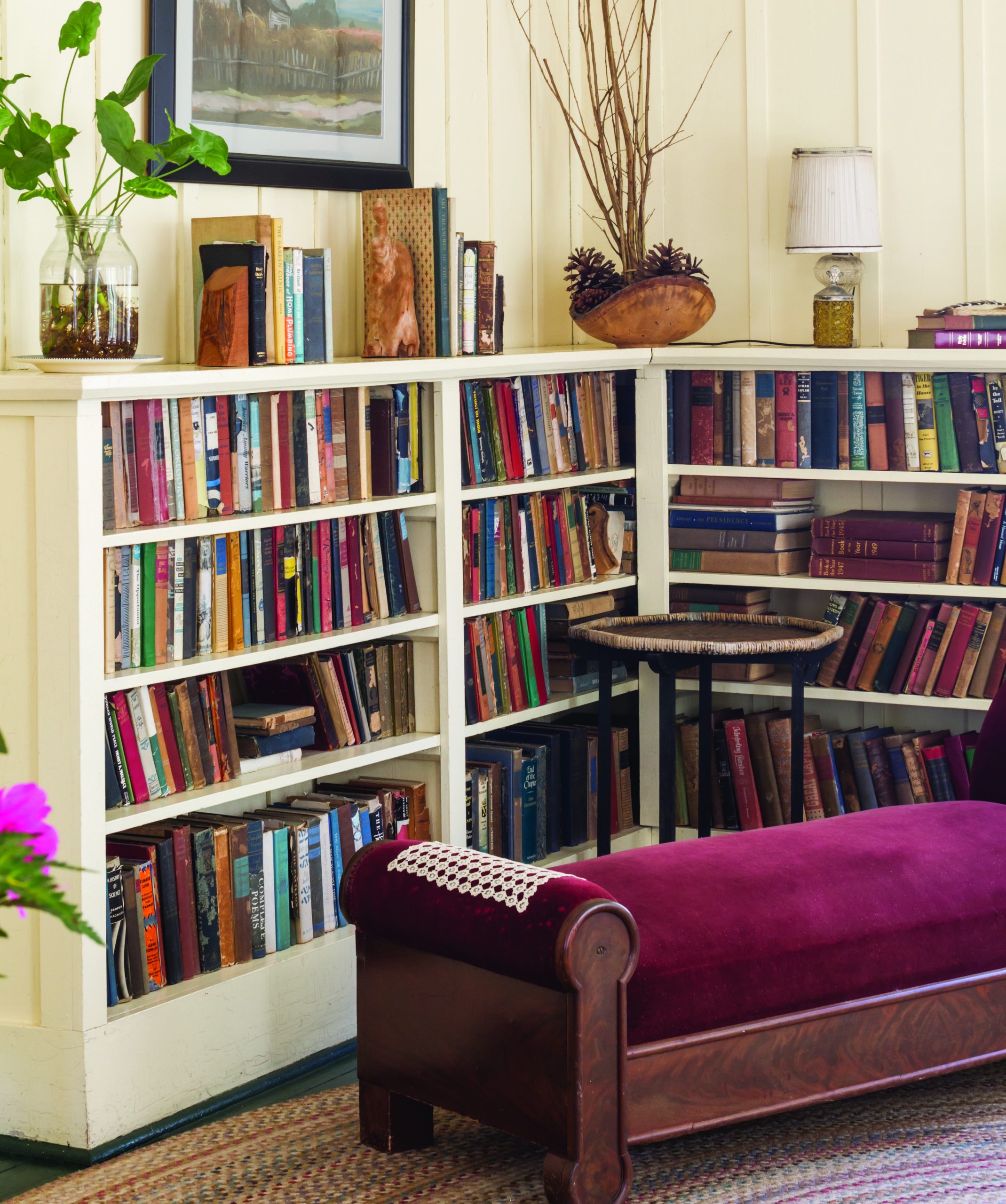 Rick compares the furnishing’s homecoming to the way people have discovered Cross Creek. “Years later it finds its way back, kind of how people find their way here,” he says. “It’s a remote location, and that’s what [Marjorie] loved about it. I hear it over and over again from people—they can just feel the peacefulness out here. That’s the part of it she was so in love with.”

Along with the author’s honorary rose, visitors are met at the front gate by a fitting excerpt from Cross Creek, one that encapsulates all that the area provided Marjorie and continues to symbolize today: “Any grove or any wood is a fine thing to see. But the magic here, strangely, is not apparent from the road. It is necessary to leave the impersonal highway, to step inside the rusty gate and close it behind. By this, an act of faith is committed, through which one accepts blindly the communion cup of beauty. One is now inside the grove, out of one world and in the mysterious heart of another.” 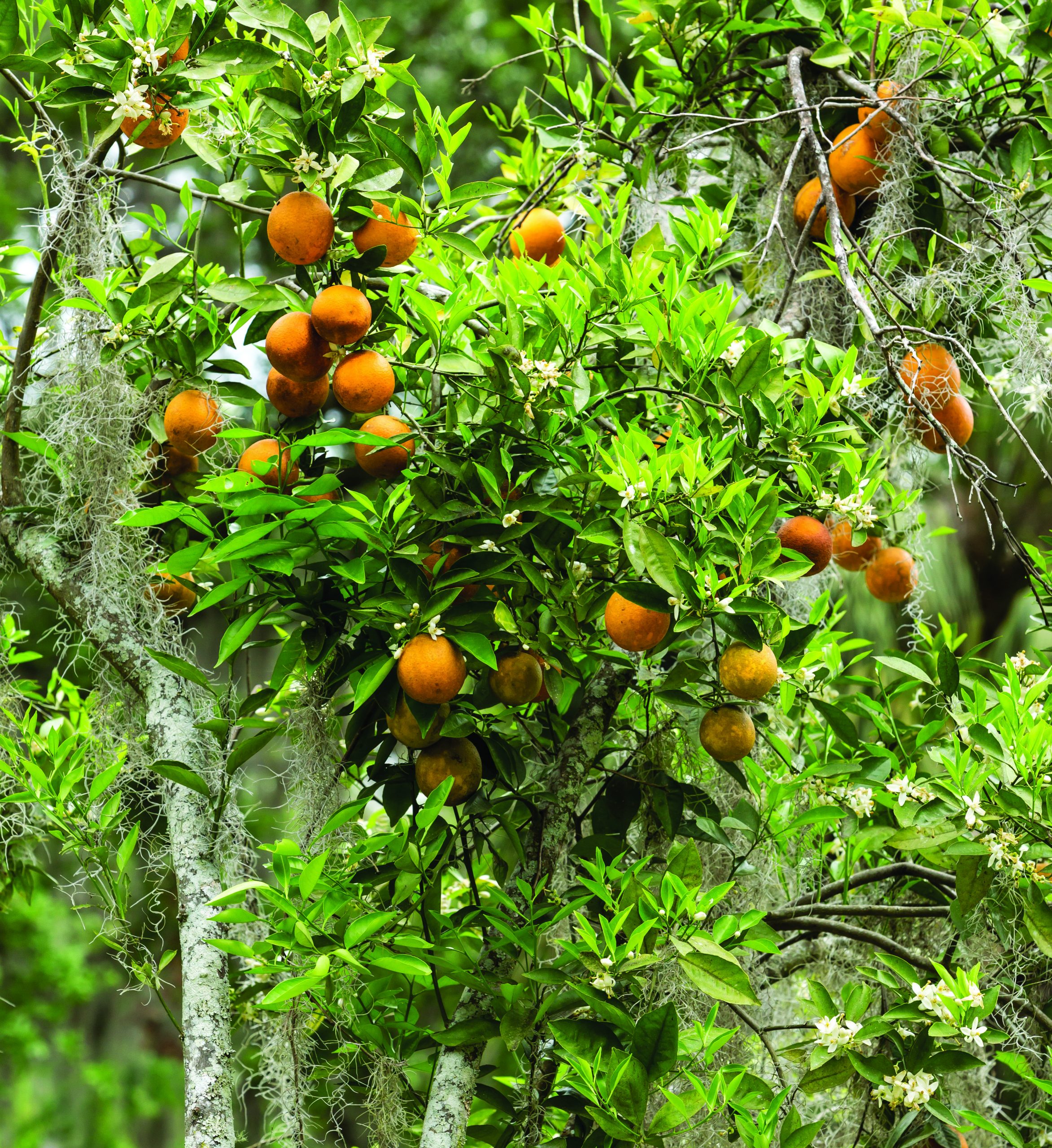 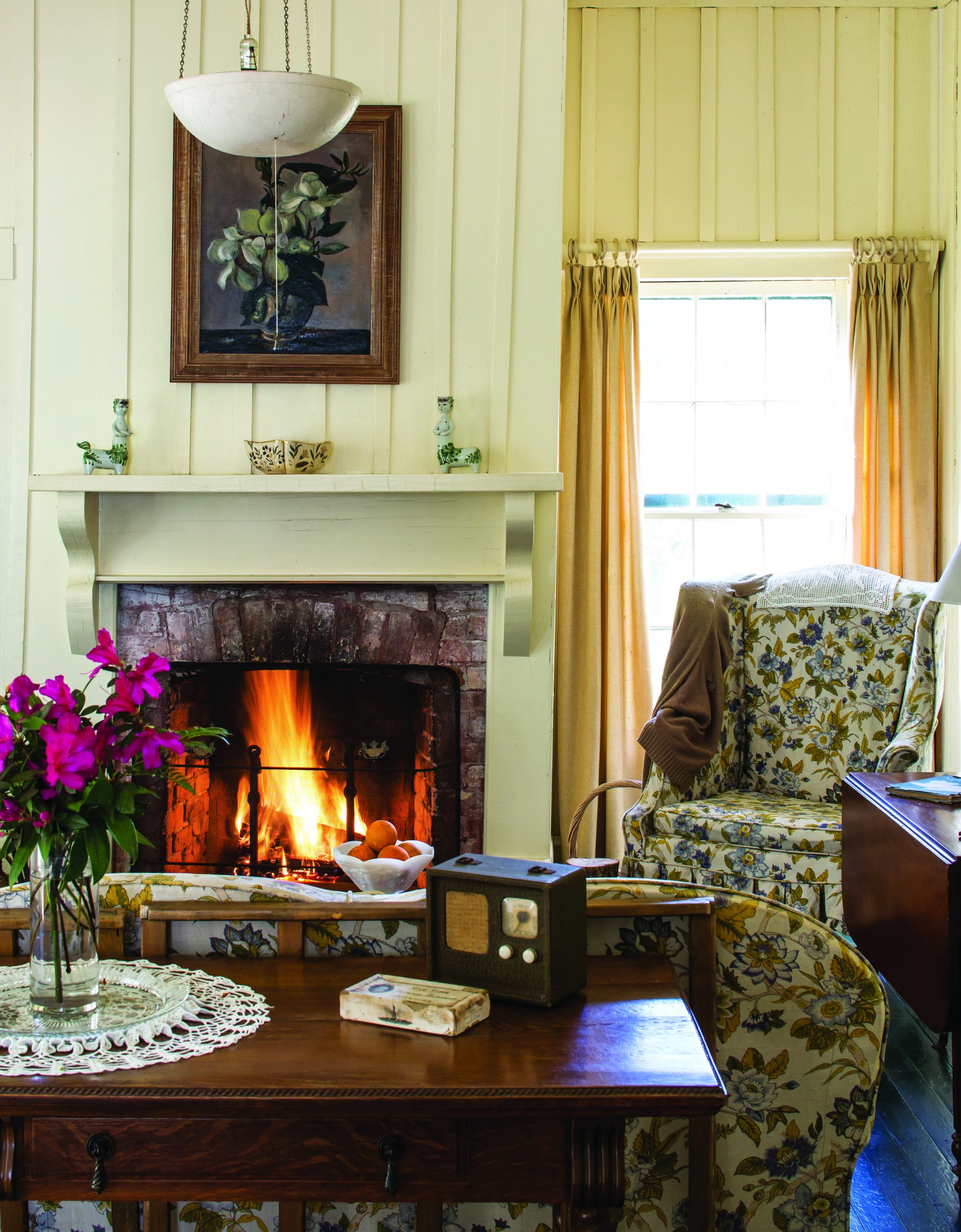 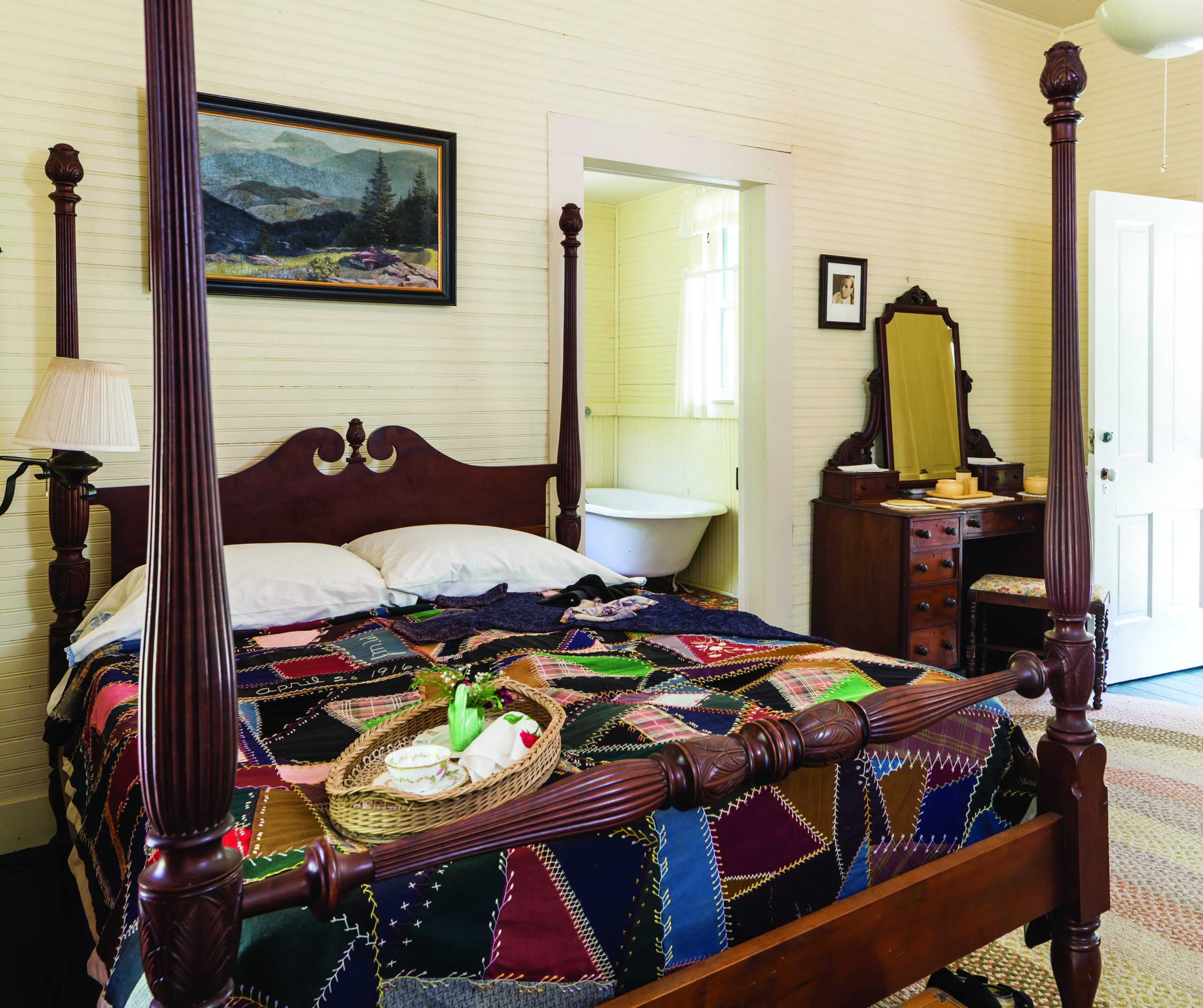 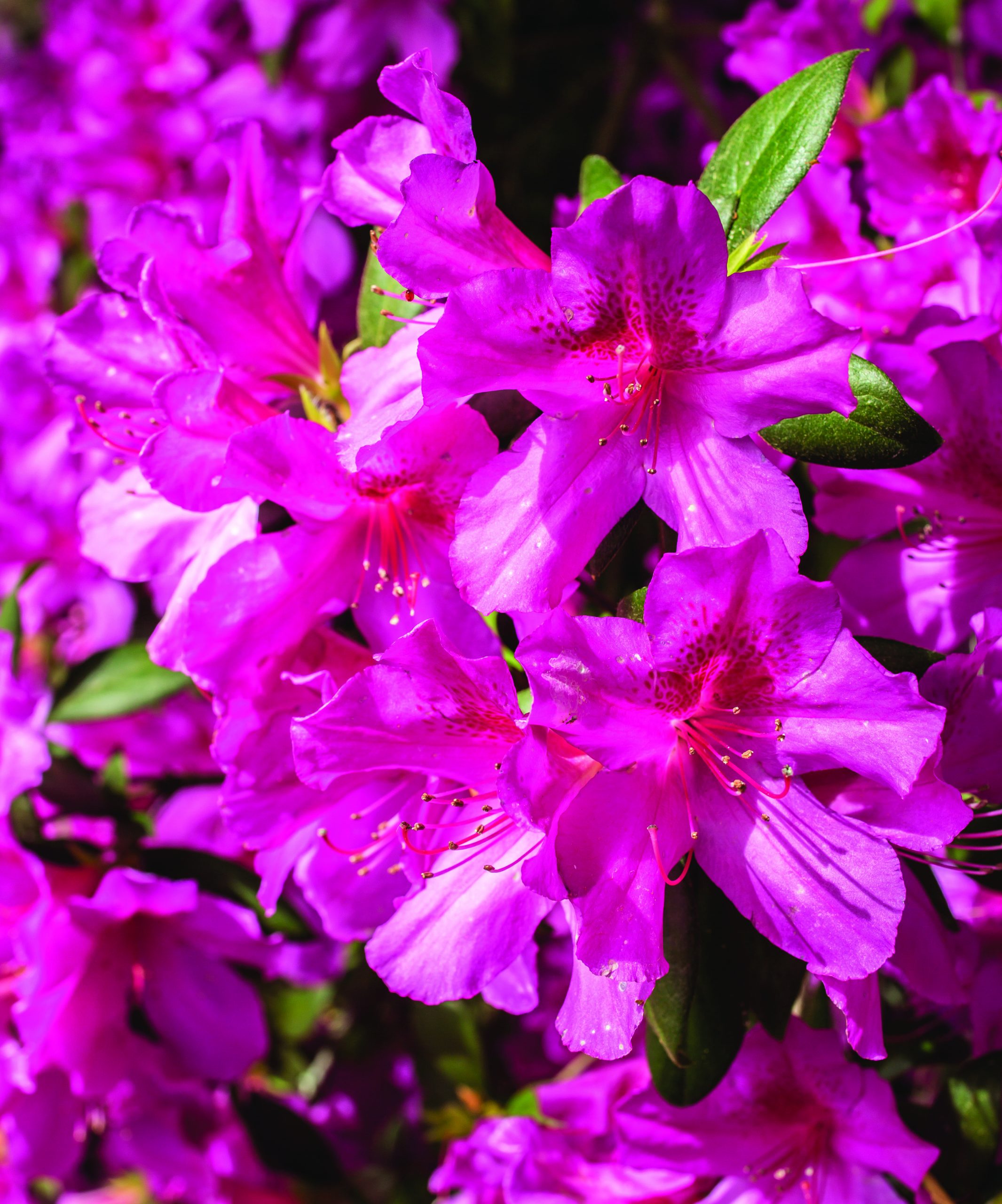 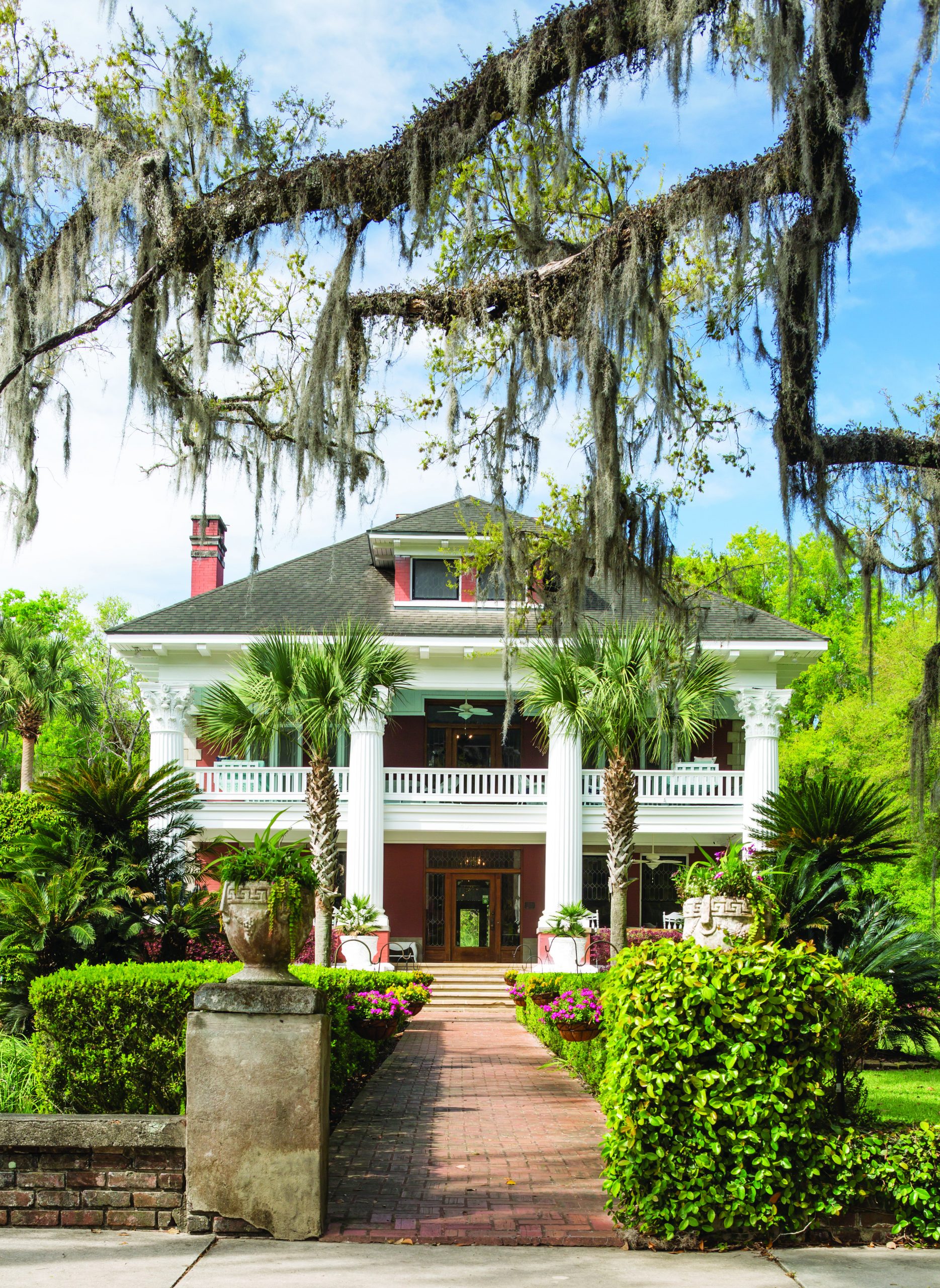 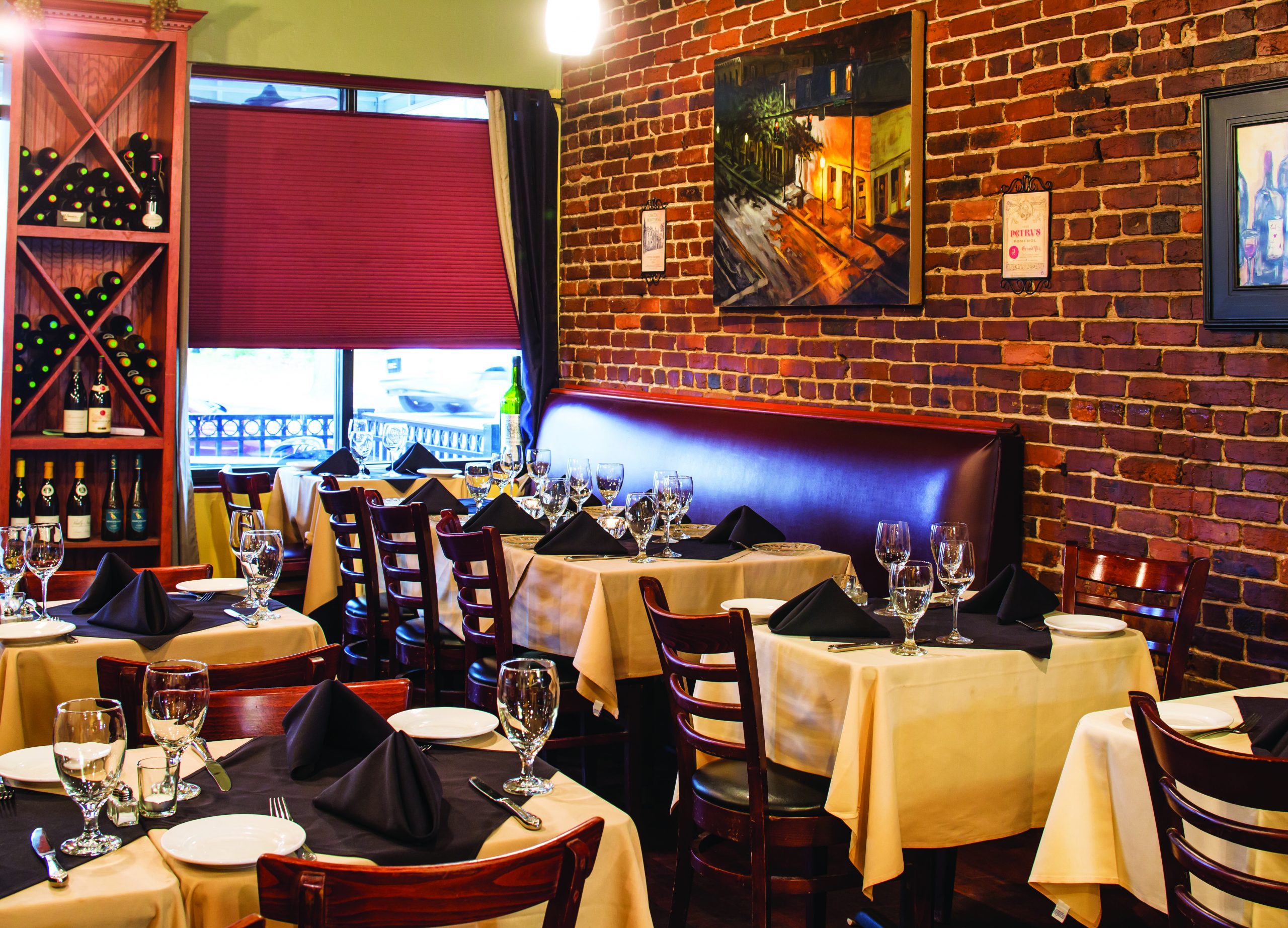 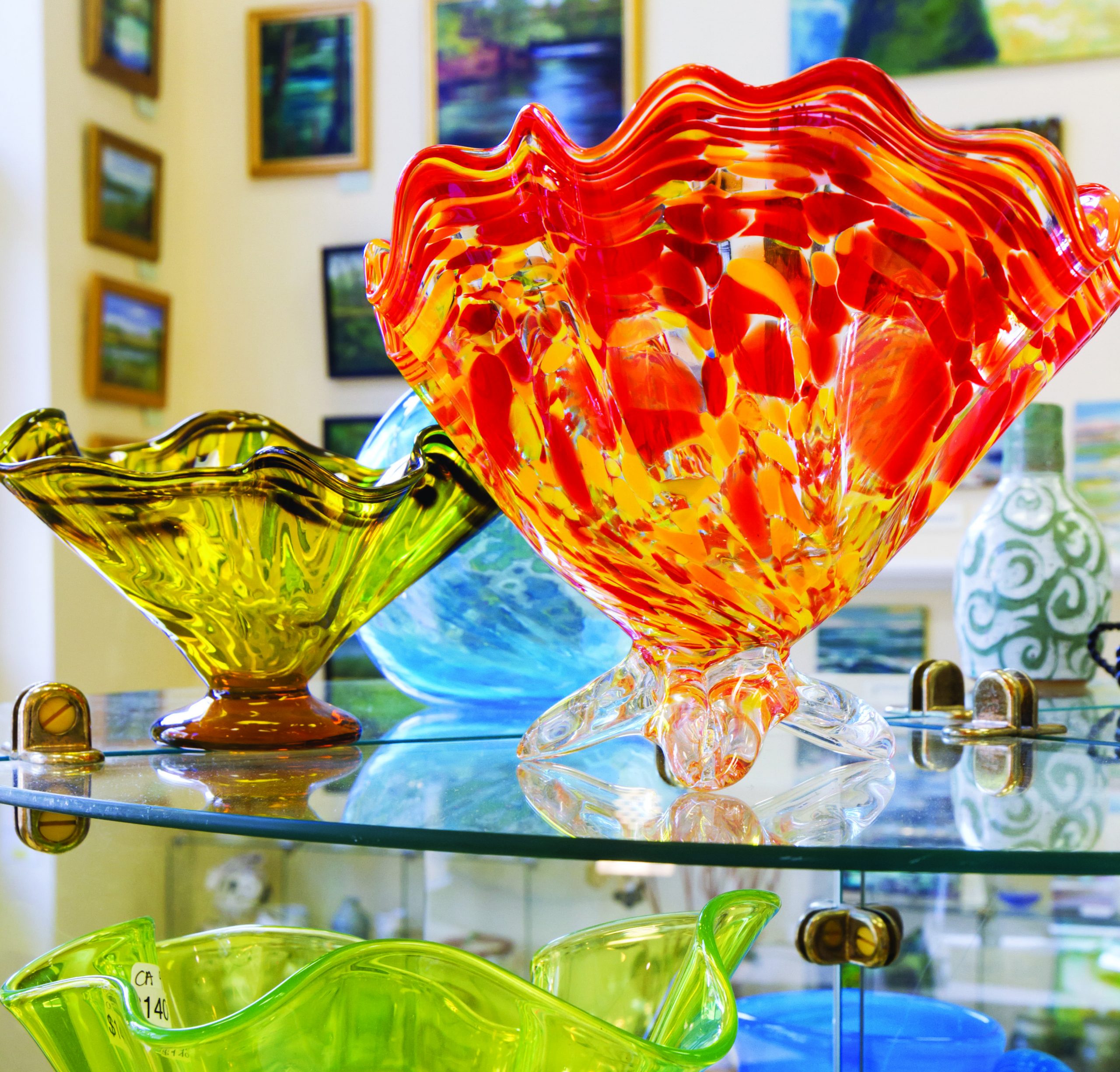 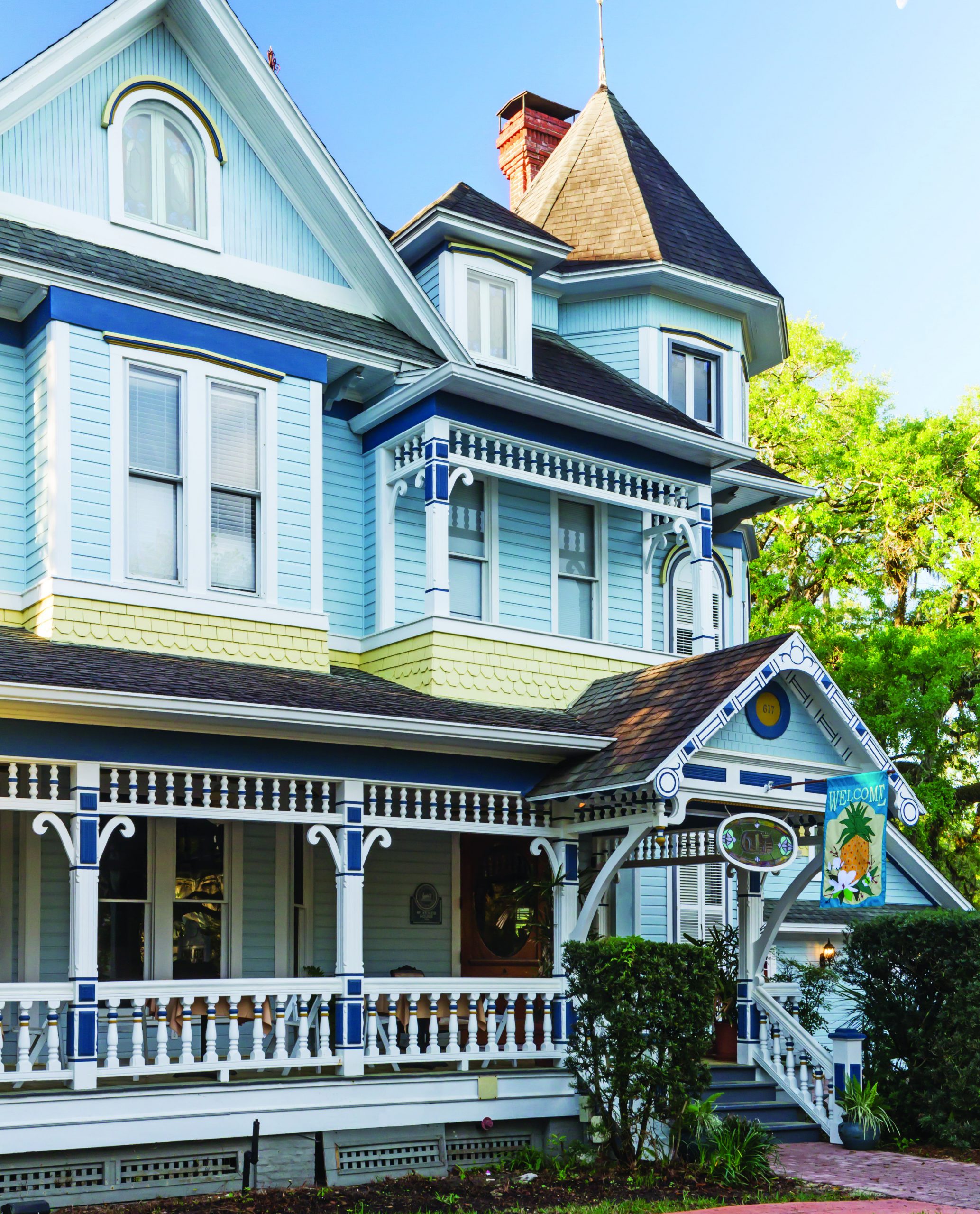 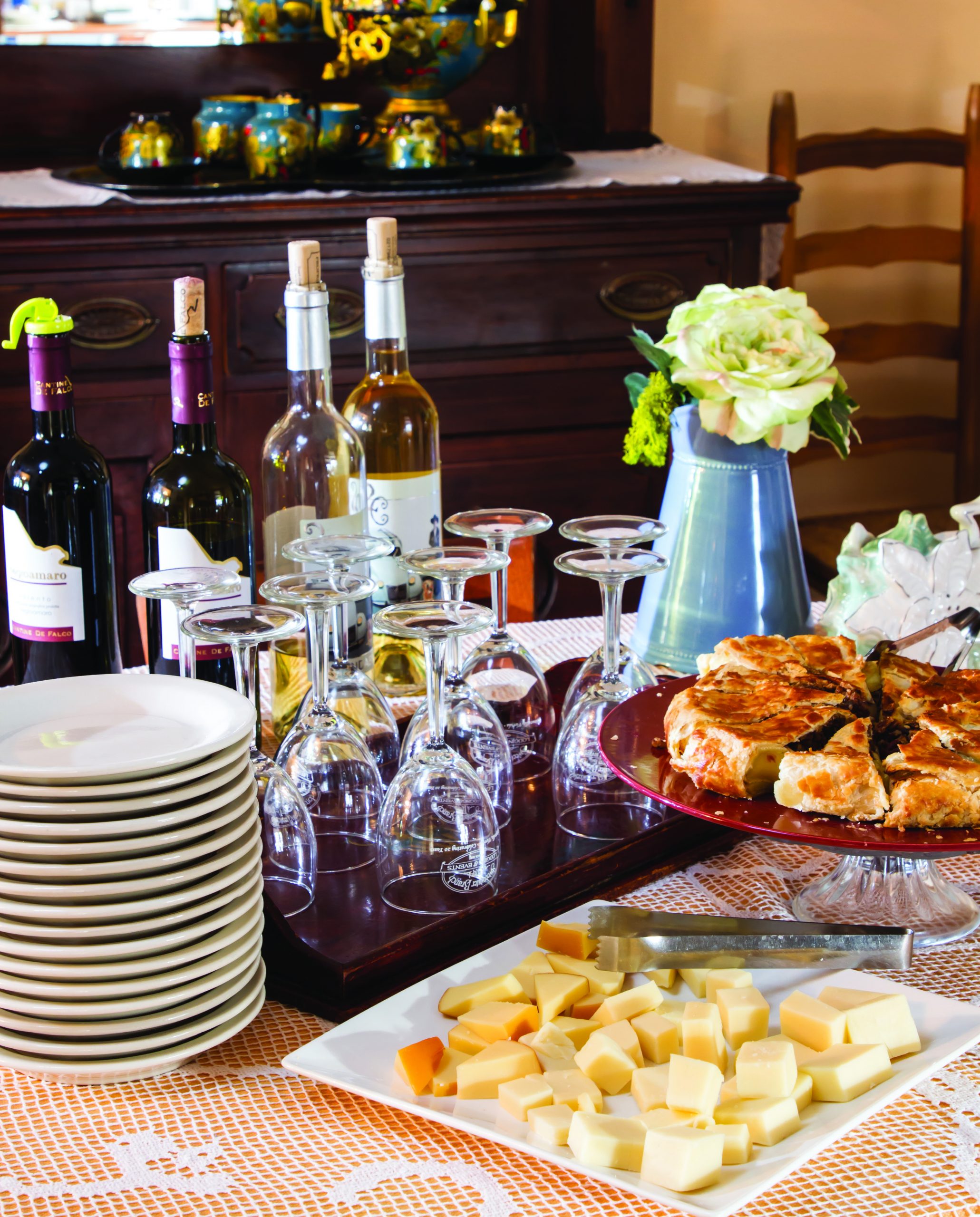 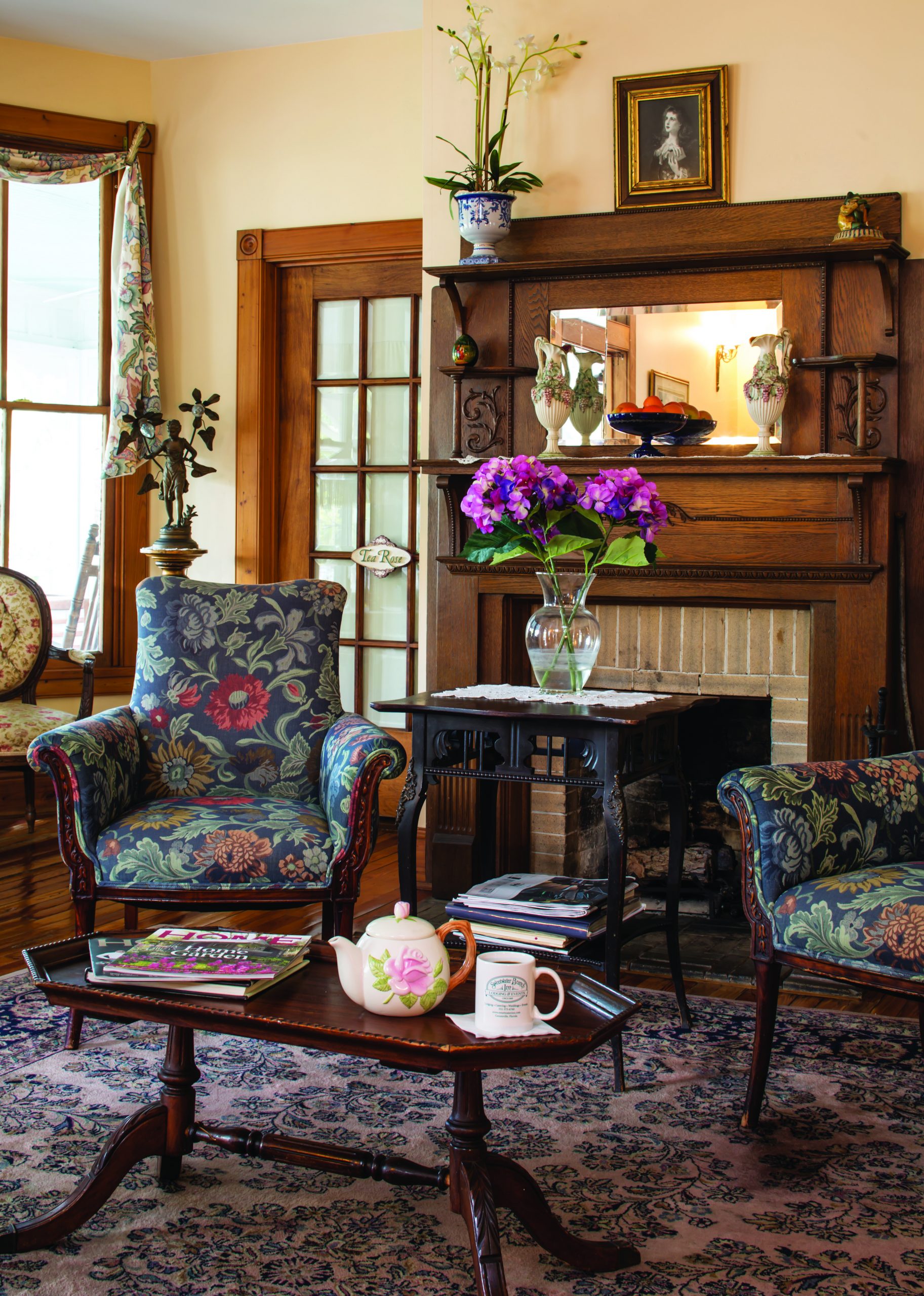 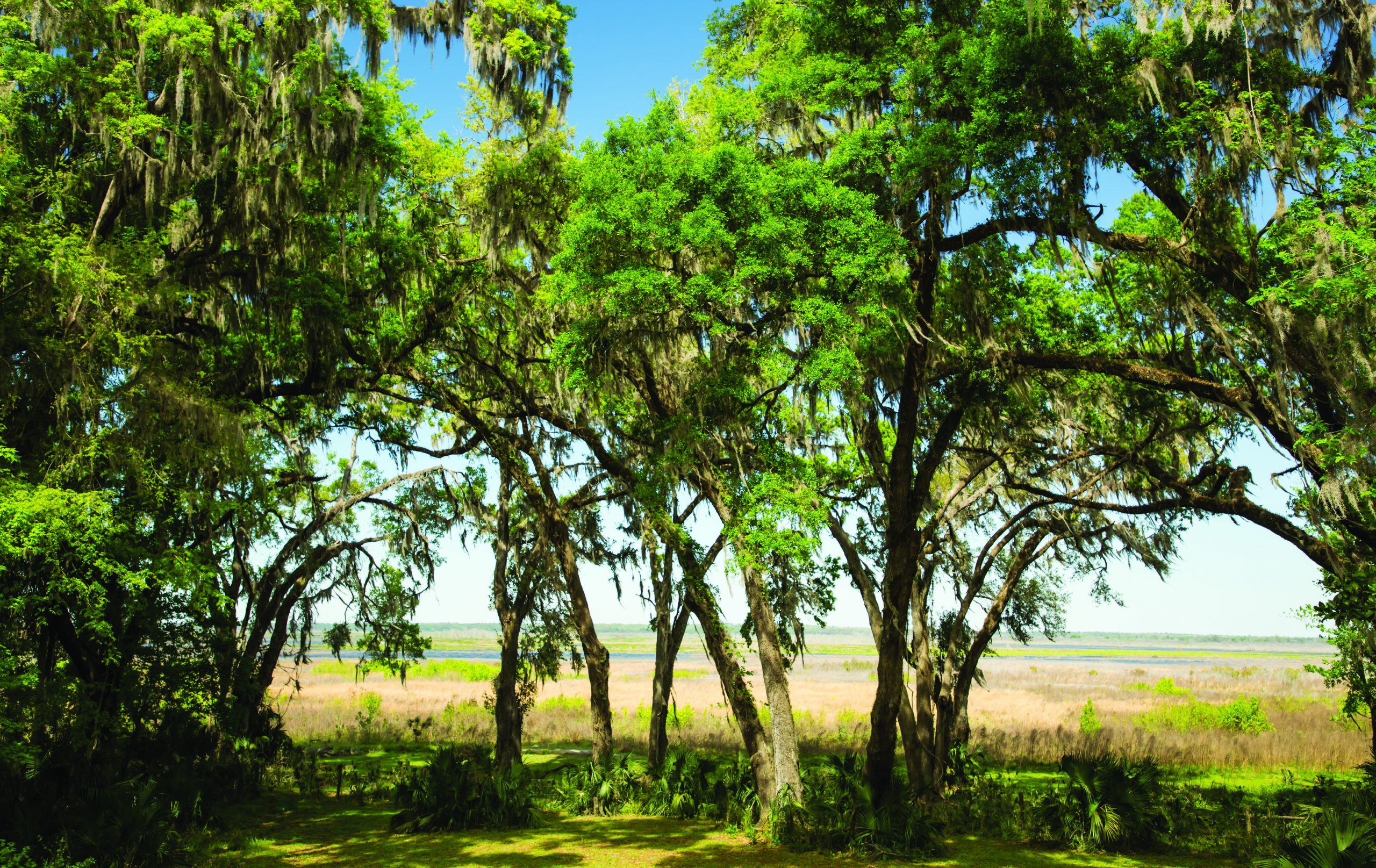 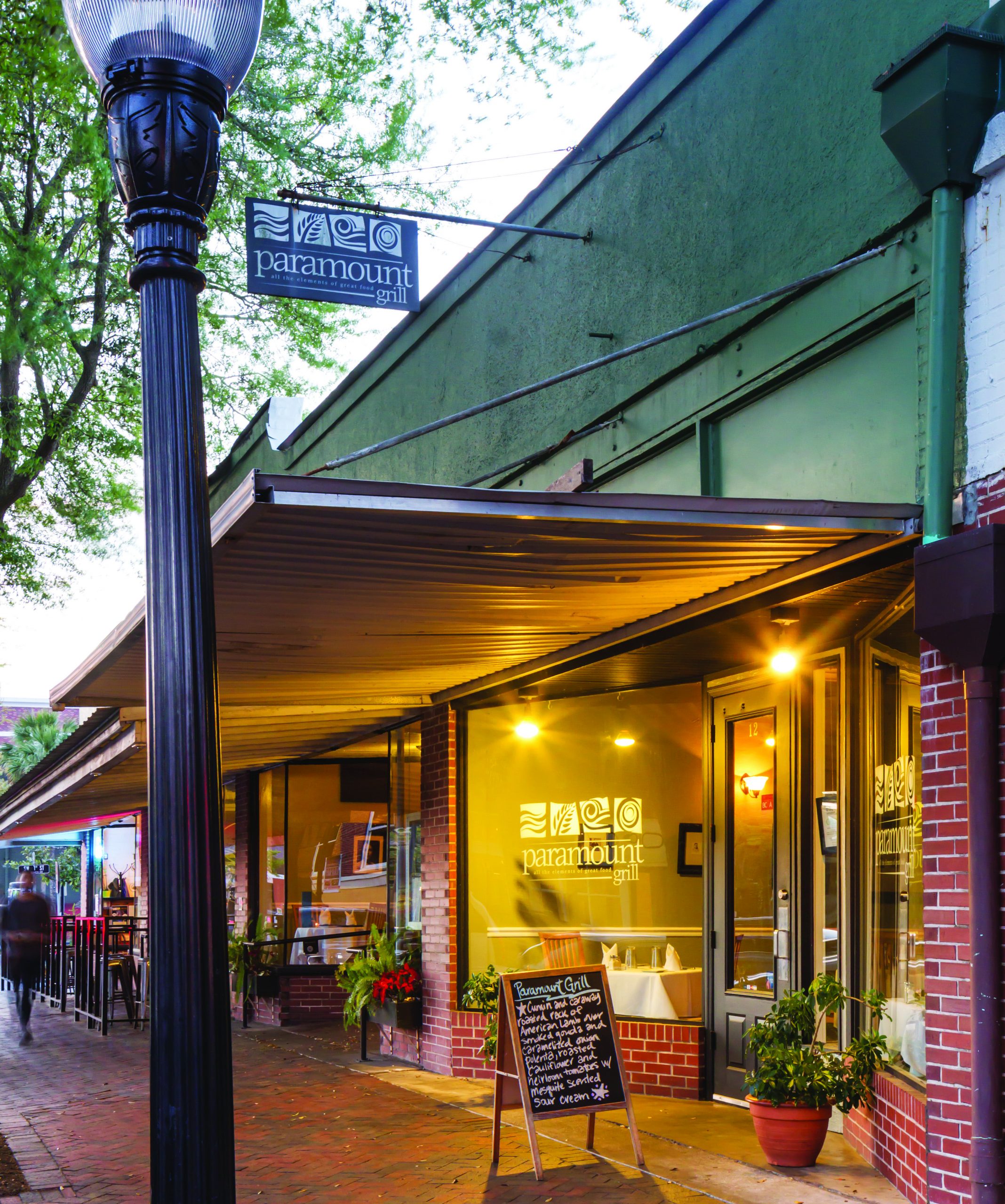 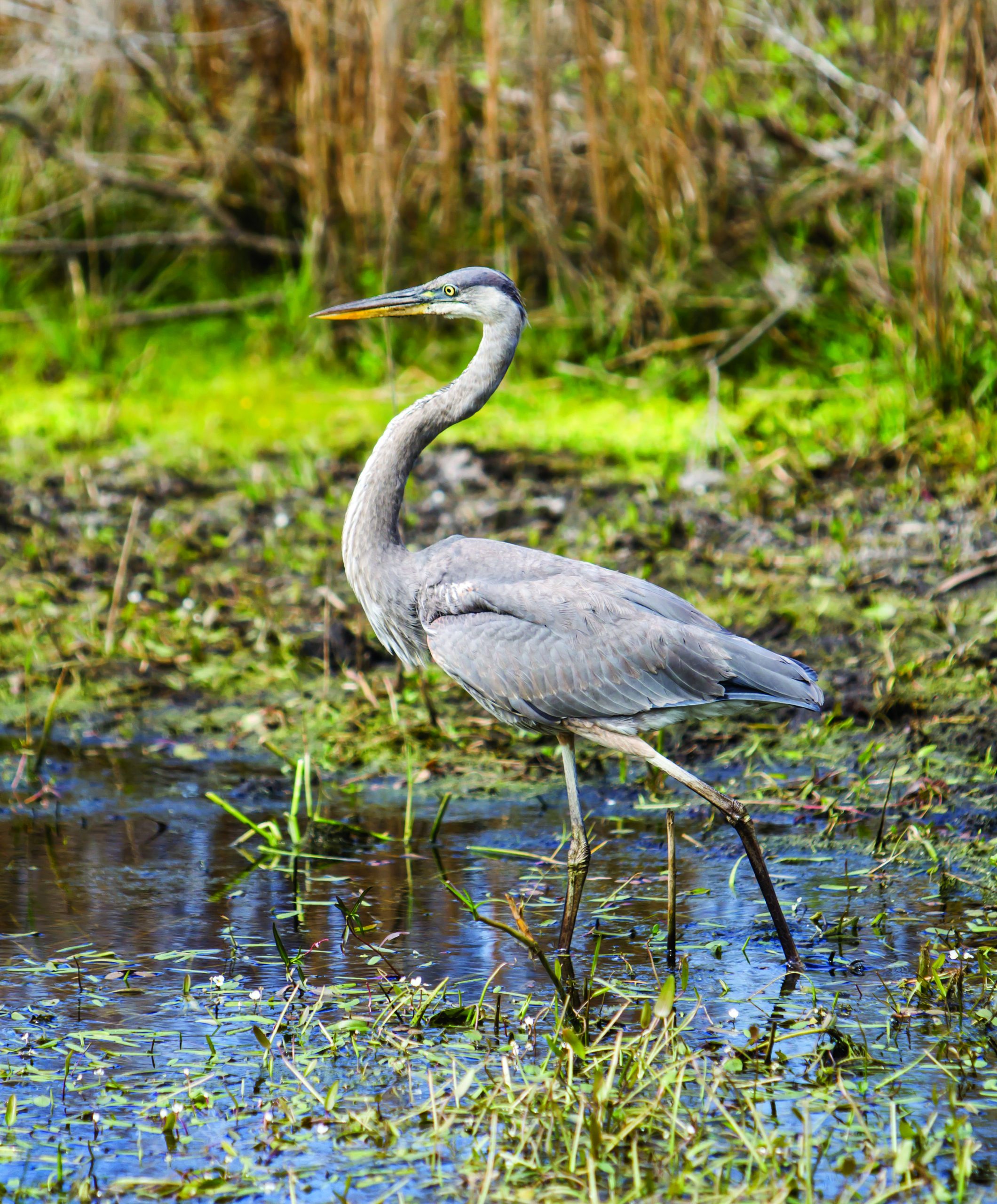 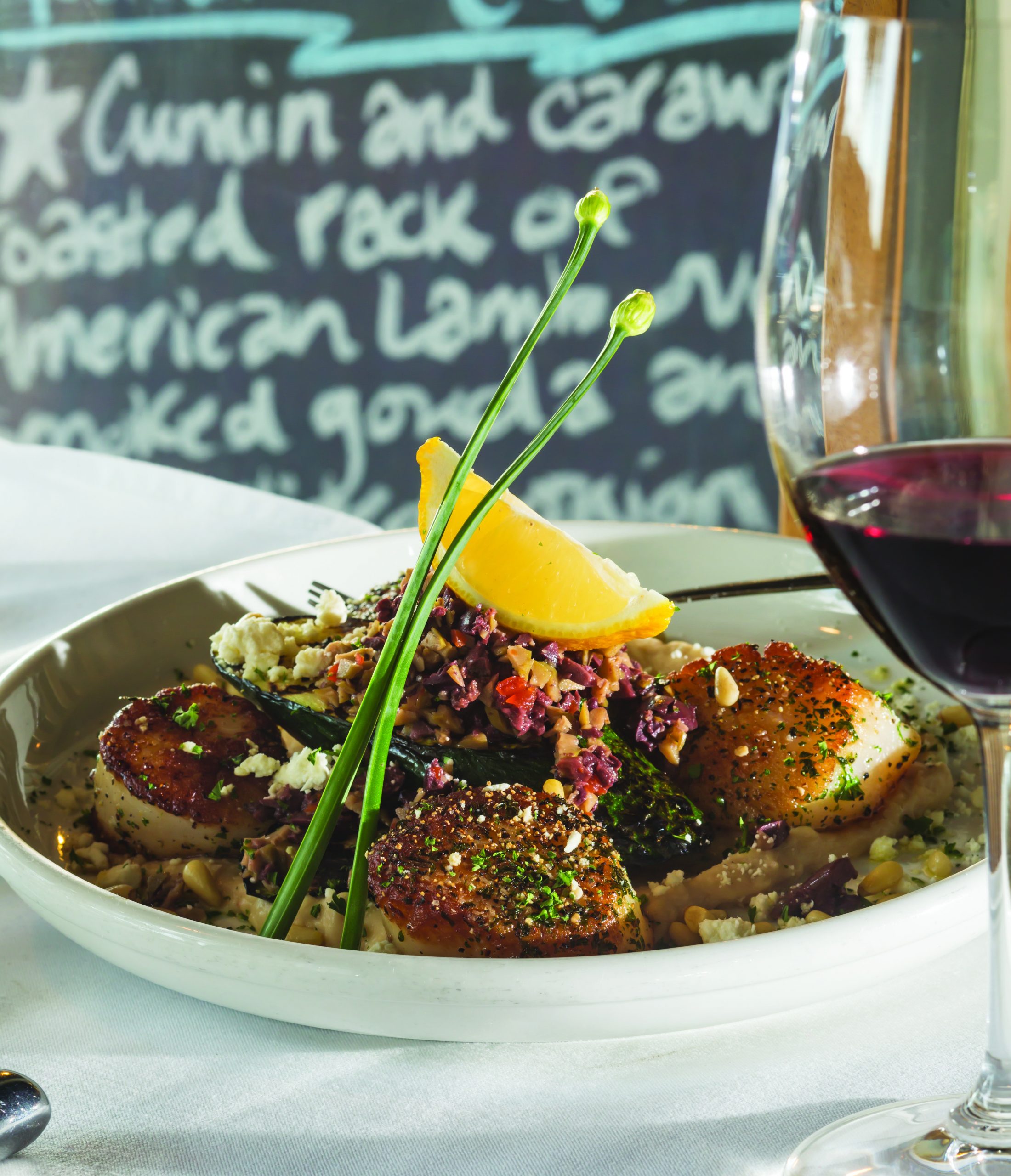 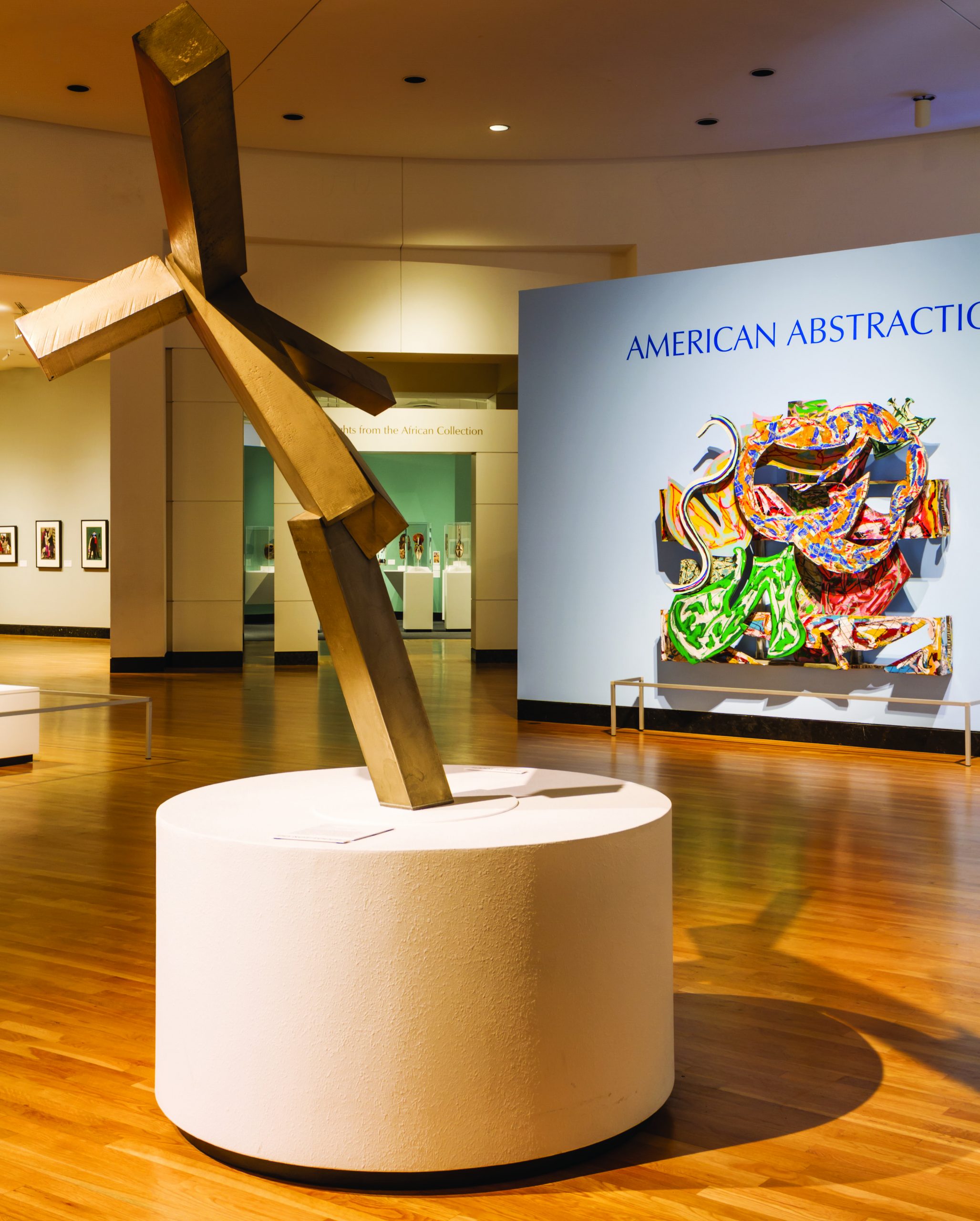 Glimpse of a Golden Era at the Belleview Inn