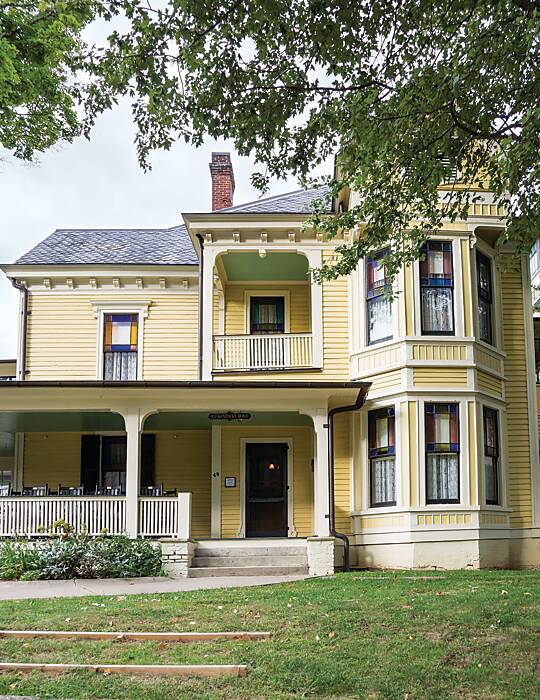 The boardinghouse, known as Old Kentucky Home and called “Dixieland” in the book, stands today as a monument that brings to life the writer’s somewhat skewed childhood growing up there. Thomas lived at the house run by his mother, Julia, from the age of six until he left for the University of North Carolina at Chapel Hill in 1916.

Look Homeward, Angel caused great upheaval when it was published in 1929. The coming-of-age, tell-all tale is set in the western North Carolina town of Altamont, a fictitious name given Asheville. “As soon as the book was published, people started showing up to see [the house]. It is a character in his writings,” says Tom Muir, historic site manager at the Thomas Wolfe Memorial, which is open for tours.