The May/June issue of  Southern Lady shines the spotlight on Jackson, Mississippi, the latest in our yearlong Capital Cities travel series. Among the highlights is a peek inside the Governor’s Mansion with Jackson native and Mississippi First Lady Deborah Bryant. In this web exclusive, we share more of our delightful chat with Mrs. Bryant, from her love of the outdoors to her tireless volunteer work on behalf of Mississippi and its people. Read on! 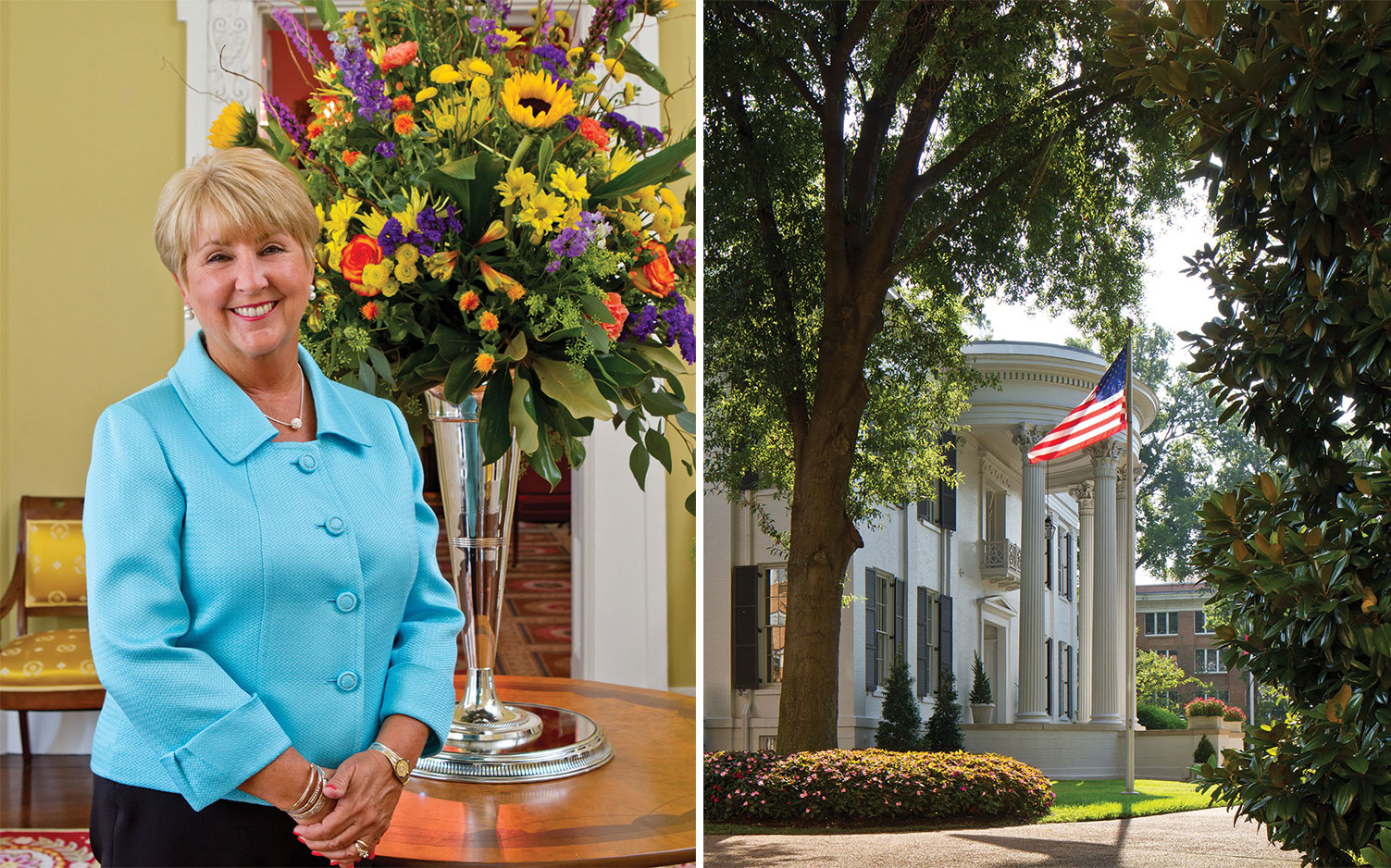 SL: Tell us a little bit about your early life in Jackson.

DB: I grew up in West Jackson, and we still have ties there. The area that I grew up in was actually a neighborhood that my grandfather developed. He was a doctor and he lived behind the church that we went to my whole life. He donated the land for that church, and my mom still goes to that church. There are a lot of memories there … we were all christened in the Methodist church; Phil and I were married in that church; Phil was baptized in that church. We still go for communion on Christmas Eve to this day.

SL: What are the most dramatic changes in Jackson that you have seen over the years? How would you characterize the city today?

DB: We have got a lot of interest in Jackson right now. We have the Jackson Zoo, and we have the Greater Jackson Chamber Partnership—business leaders in the area that really work hard to make improvements to Jackson. We recently had a downtown restoration. It’s coming back slowly but surely.

We’ve got the Fondren area, which is a great place for young people, and we have some restaurants around here that are really good. Jackson’s coming back too in that apartments are being built in some of the older buildings—a lot of the people that work downtown are moving into these apartments.

SL: How has your role as First Lady affected the way you view and experience the city?

DB: We always went to the Old Capitol—I don’t ever remember going to the new Capitol [as a child]. There’s lot of history there, and what they’ve done with that place is awesome. But the new Capitol is just, to me, the most beautiful building I have ever seen. I don’t know if I just didn’t pay attention before or just didn’t have the time when Phil was in different areas of his political world, but I really notice and appreciate the beauty of that building. 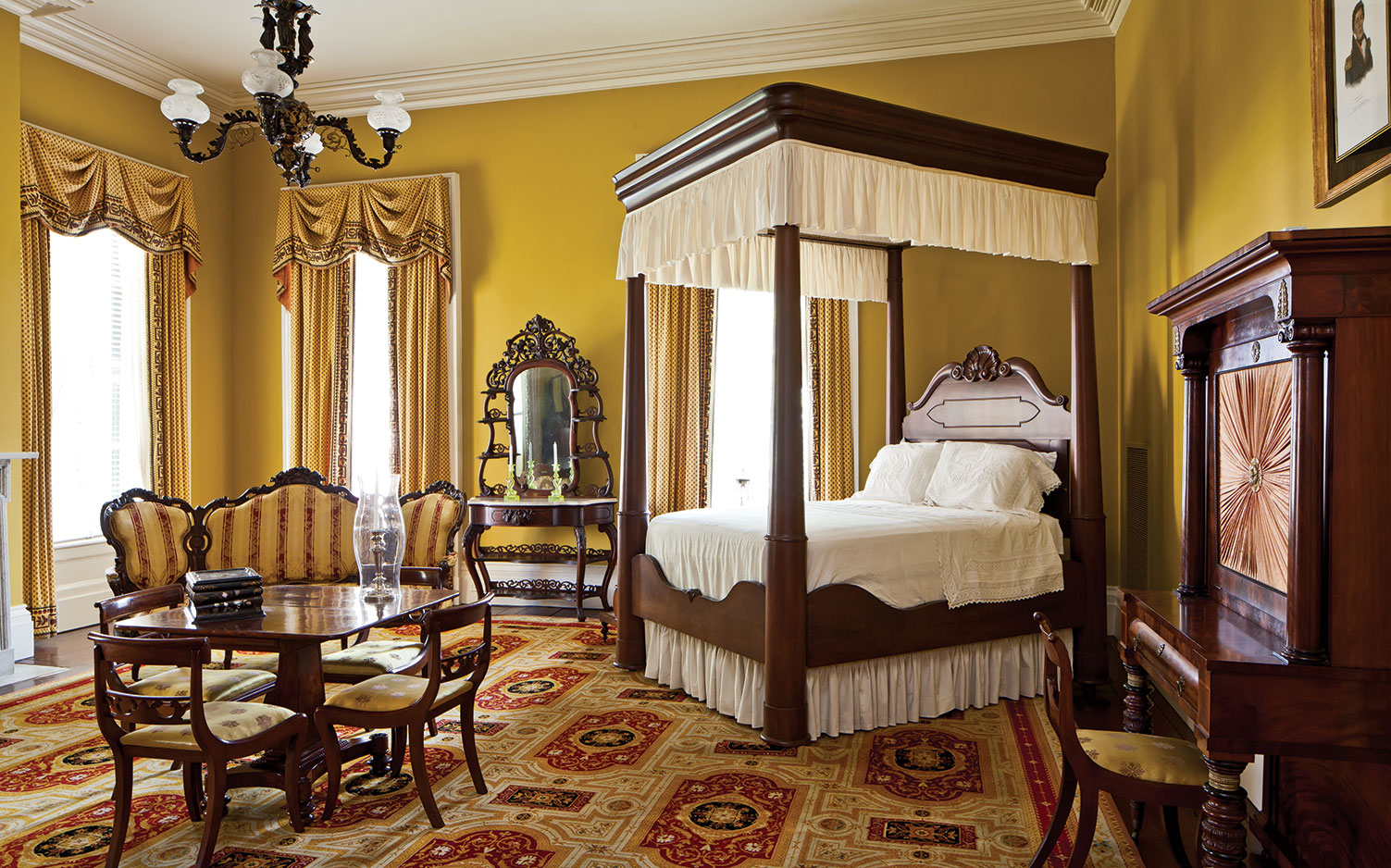 SL: How did your H.O.M.E. platform take shape?

DB: When Phil became governor, I was so unfamiliar with anything to do with politics. Everybody was talking about, ‘What’s your platform?’ They kept saying, ‘Don’t worry, it will come to you.’ The H is healthcare. I was in healthcare for 39 years, and my mom was a breast cancer survivor. O is for outdoors. It’s really kind of twofold: [the husband of] my chief of staff at the time worked for Mississippi Wildlife Fisheries and Parks, so we really promoted the state’s parks. I just think you can see the face of God when you’re outdoors.

M is for mansion, because we have spent so much time and energy on this mansion. It’s the responsibility of the family to leave it better than you found it. That’s what my mother taught me. And M is for military. I don’t ever see a military person that I don’t thank them for their service to our country.

The E is education. Literacy has been a big issue in our state. We were No. 1 in the number of children who could not read by third grade. I decided I would read across Mississippi, and read to all 82 counties in a year. I got to hug over 10,000 kids. But there’s so much more to education than that. We need to educate our kids about the human trafficking issues, self-esteem, teen pregnancy, and take away the stigma of mental health issues in children. Education’s just huge. There are so many things that we’re compassionate about and we try to make a difference.

I also added a V last year, for volunteerism and veterans. Volunteerism is a big thing for me. We’ve got so many opportunities from Katrina, and the [recent] tornadoes … we encourage people to go and do something. 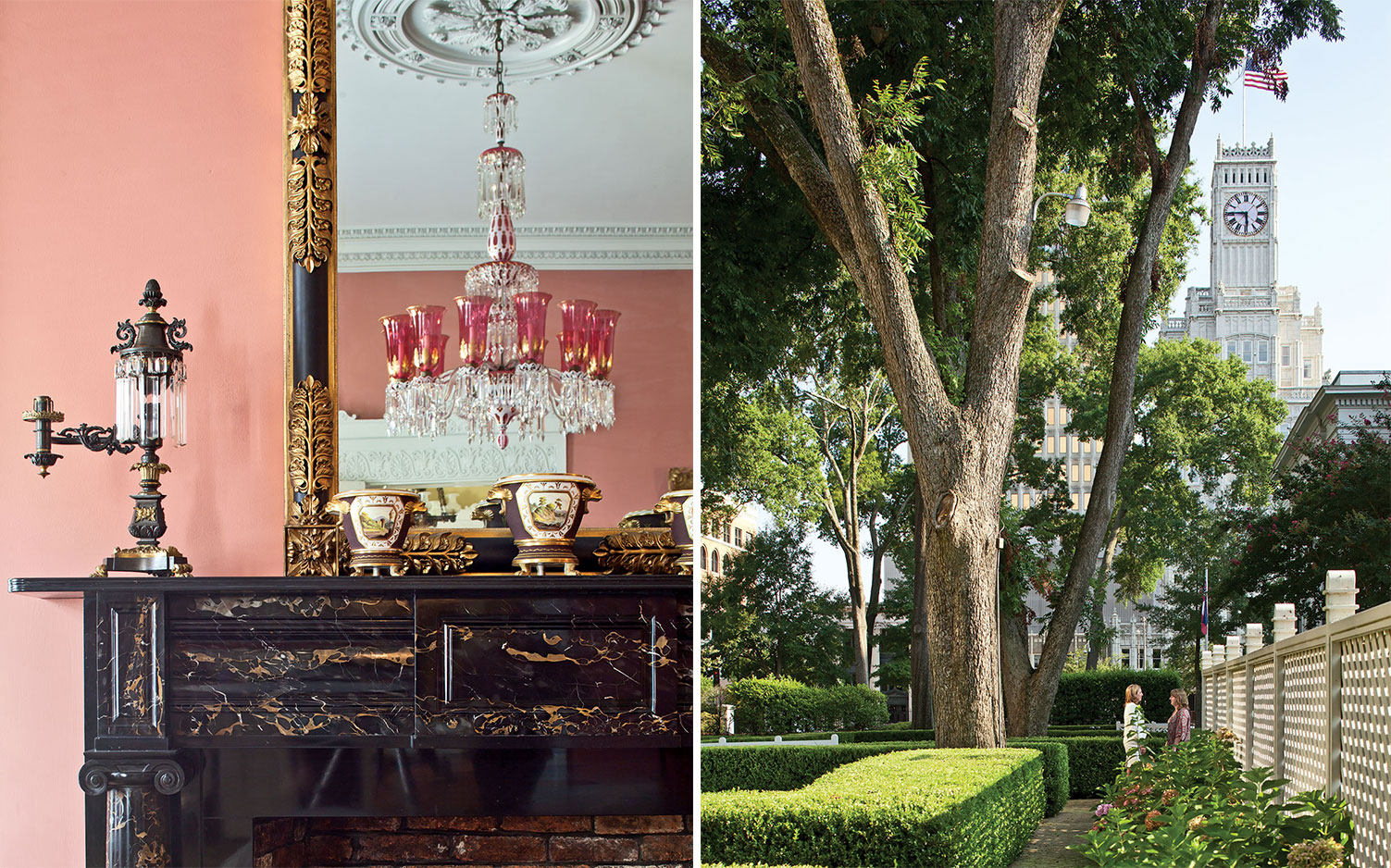 SL: Tell us more about your efforts to revitalize the Governor’s Mansion. Have you put your own stamp on it?

DB: The mansion was in really bad shape when we came and saw it for the first time—nothing like you would expect it to be. It’s just a very old building that has to be maintained. We had to pull out three floors of ductwork that had been leaking; every chandelier, every piece of furniture had to come out. It was a big deal. But in the end, the mansion, so I’m told, looks better than it has in decades. To me, it’s one of the most beautiful mansions in the United States.

Ashley Furniture, which is a Mississippi company, donated [most of] the furniture in the mansion. I’m fortunate to have a son who’s an interior designer, and because of the donations and Patrick’s work, I love to show it. If I am out in public, and I am, I will see groups of people and I will say, ‘You need to make a trip to the Governor’s Mansion.’

SL: How do you balance your responsibilities as First Lady with your work at Community Bank?

DB: It was kind of amazing when they approached me about being on their board. I stayed on at St. Dominic Hospital part time after Phil became governor. That was hard. But the bank is community development. I am out in the public every day at chamber events, at ribbon cuttings, visiting new businesses. I love learning about how businesses get started. It’s a blessing that that’s the type of job I have and they support me.

At Community Bank, we had a meeting with women business leaders in the state, and we were talking about mental health issues in our children. They’re very much interested in what I’m interested in. 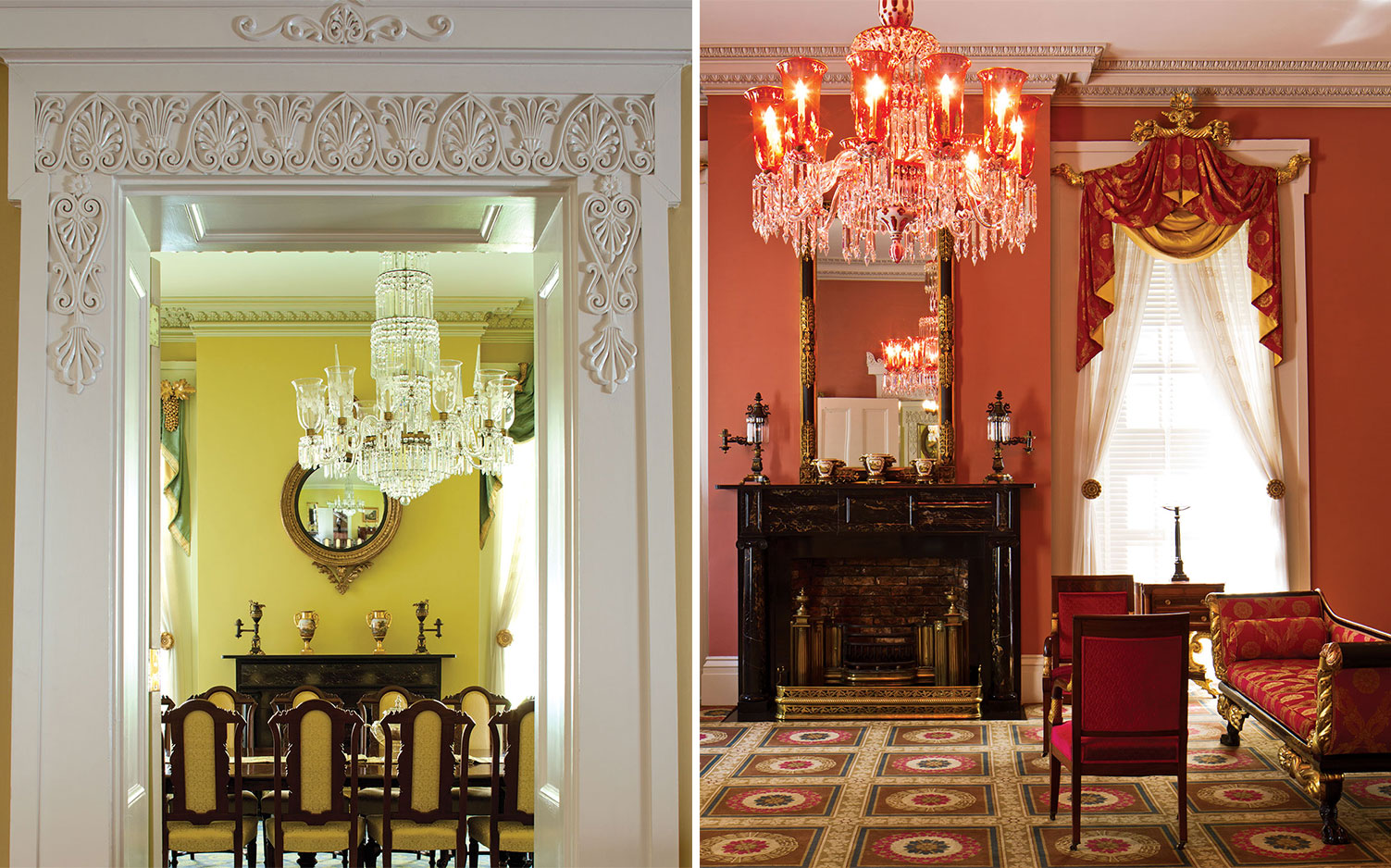 SL: Is there anything you think might surprise people about what it’s like to live at the mansion?

DB: I think they would be surprised that it’s very much like everyday life, except that you have someone here all the time. We get up and we’re out the door every morning. We have minimal staff, great staff: one housekeeper, a chief of staff, a mansion administrator for almost 20 years, and our chef. He prepares one meal a day and he prepares [food for] all the special events. It’s not uncommon for me to wash clothes and empty garbage. We’re pretty independent, and we keep it very real.