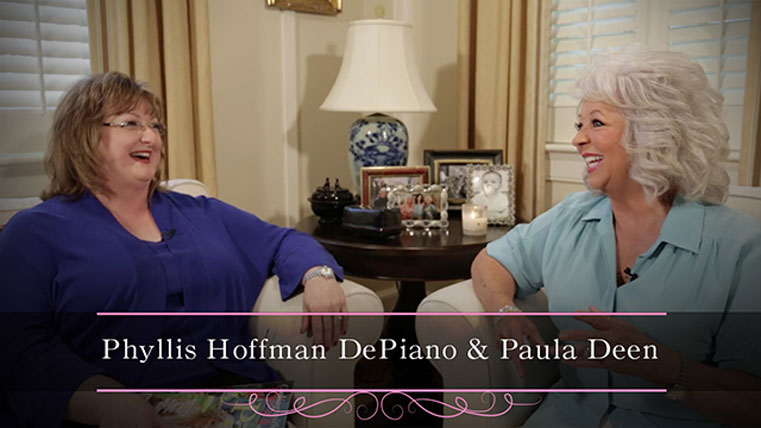 Southern Lady publisher, Phyllis Hoffman DePiano, and her good friend Paula Deen sit down for an intimate chat about family, business, and most of all, friendship. Business partners and friends for nearly 10 years, the two met when Paula received the Southern Lady of the Year award in 2005.

Already an accomplished columnist with Hoffman Media’s Taste of the South magazine, Phyllis thought Paula would be the perfect candidate for a magazine entirely about her life, family, and finger-lickin’ good recipes. And boy was she right. Nine years and 54 issues later, Cooking with Paula Deen now reaches over three million readers across the country.

Not one to rest on her laurels, Paula is in the midst of plenty of new projects with Phyllis right by her side. Watch the first installment of this intimate chat in our two-part video series now.

Be the first to see part two! Enter below to hear all about what’s next for Paula — her network, the magazine, and her new restaurant. Plus, you’ll automatically be entered to win one of five signed copies of Paula’s Best Dishes.