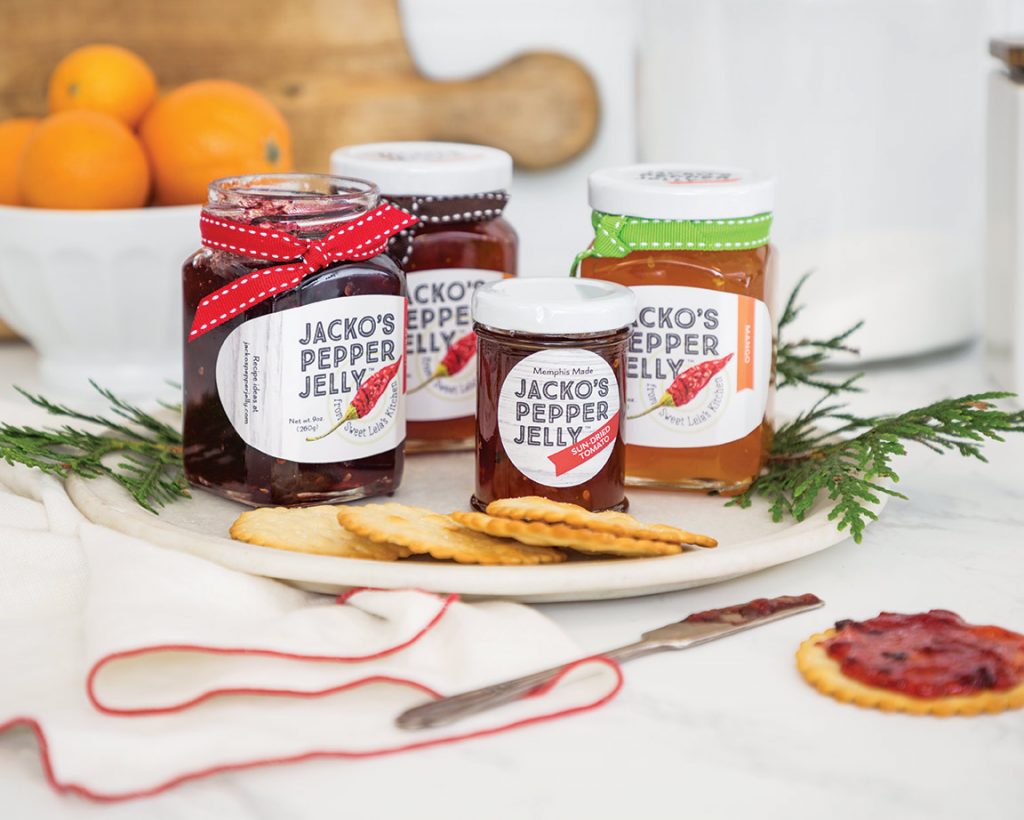 Jack Bellows is a quintessential jack-of-all-trades: racecar driver, deep-sea fisherman, woodworker, and, perhaps most notably, a self-proclaimed pepper jelly connoisseur. Every Christmas, he gifted his signature jelly to loved ones. After tinkering with the recipe for 50 years, Jacko—as his grandchildren know him—gave his daughter, Lela Gerald, permission to sell the delicious Southern pantry staple.

“If you have a jar of pepper jelly, you have a party,” says Lela, who walked away from her marketing career in 2012 to establish Jacko’s Pepper Jelly, the premiere product offered by her small business, Sweet Lela’s Kitchen.

Available in stores around the country and online, Jacko’s original Mango is the all-star of the lineup, but other flavors include Spiced Pear and Cranberry, Figgy Honey, and Tart Cherry Apricot, which is perfect for Jacko’s Spicy Cheddar Pecan Bites.

“It’s very craftily orchestrated, so each jar looks pretty but also has a consistent heat,” says Lela, who adds that her family’s recipe doesn’t call for bell peppers and jalapeños like many versions. However, she’s tight-lipped about her fiery secret ingredient. “I don’t tell people what kind of pepper it is, because I think it’s one reason why [our jelly] is different and tasty,” she says.