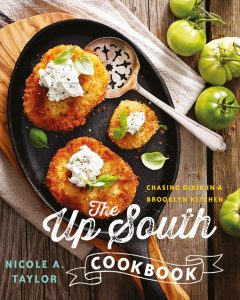 The Up South Cookbook presents Southern recipes from a Georgia-native, Brooklyn-based lover of food and the way it brings people together.

Born and raised in Athens, Georgia, and equipped with an innate appreciation for the region’s food culture, Nicole Taylor began craving a change of scenery when she hit her 20s. She got just that when she and her husband moved across the country to New York in 2008. Now, after years of melding her Deep South foundation with her recent immersion in Brooklyn’s food renaissance, the author is sharing a collection of Southern cuisine influenced by her experiences both down South and beyond.

Nicole, who calls herself a “master home cook,” says she learned the craft simply through observation in her childhood kitchen. “Over the years, being curious and traveling a lot helped me put other flavors in my food and influenced the way I cook now,” she says. 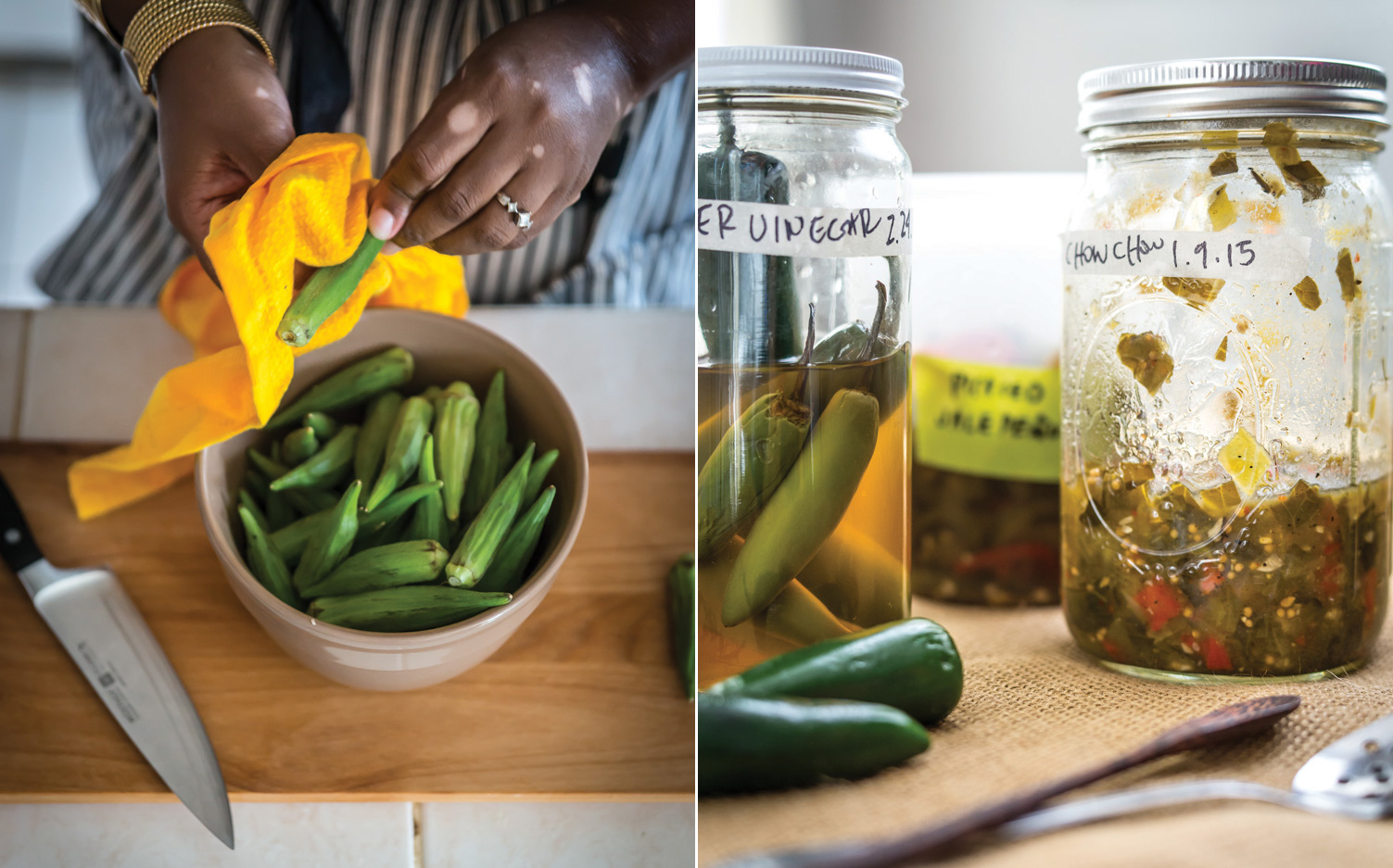 Eventually, friends and family who had come to enjoy and expect Nicole’s cooking at get-togethers told her she should write a cookbook. And fortuitously, for as long as she can remember, she has planned the week’s meals every Sunday, writing them down in what is now a growing assemblage of Moleskine notebooks. In this way, the author says, it was a natural progression to write the cookbook. “It was just born,” she explains.

To start, she filled half the book with Southern favorites. “I wanted to feature recipes that I grew up loving,” she says. “There are recipes—like Lemon Pound Cake that comes from my late great-aunt—that I grew up having all the time.” The rest of the book’s recipes are built on this classic regional cuisine with innovations influenced by Nicole’s time in New York. 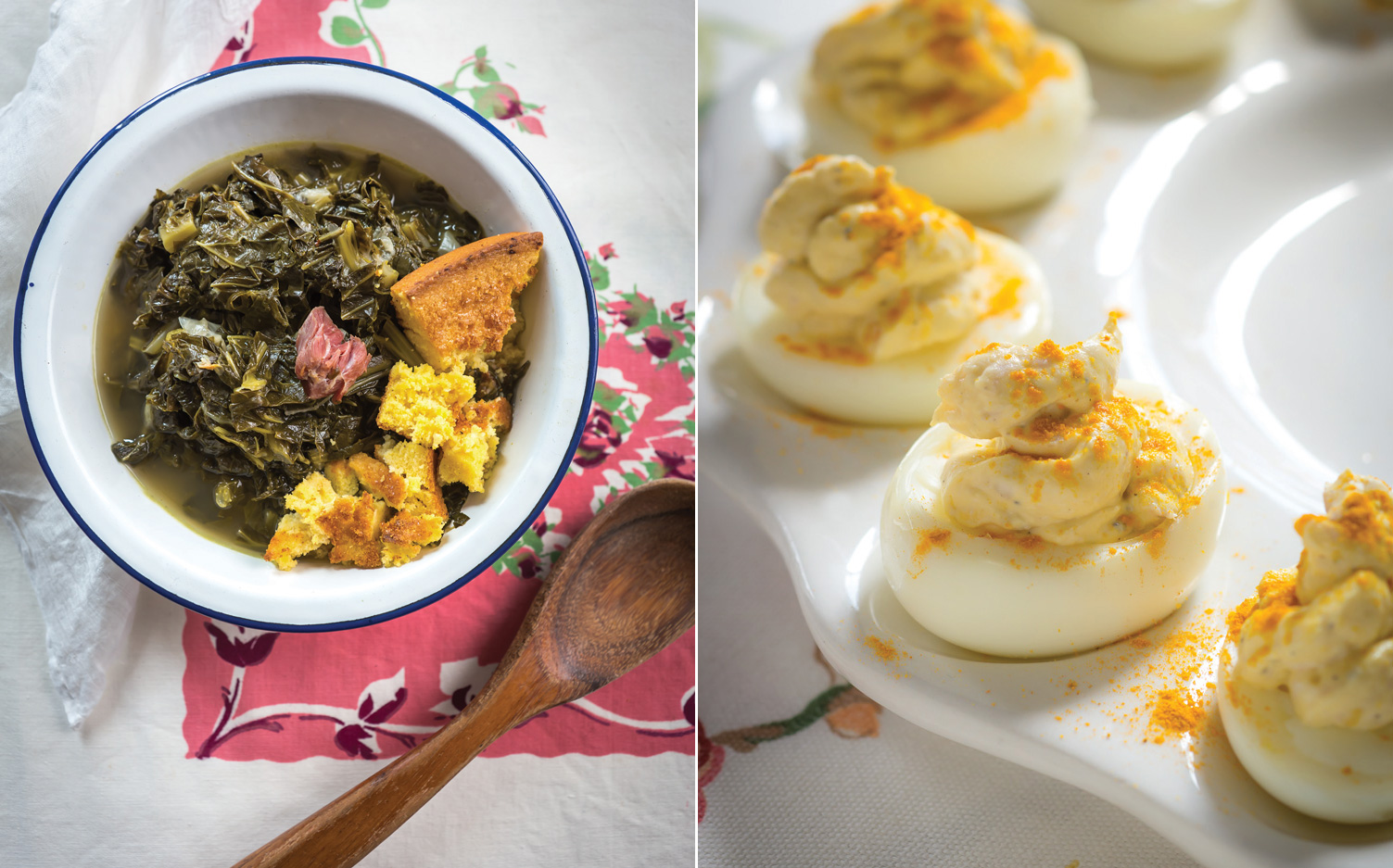 Throughout the book, recipes are interspersed with Southern sayings and traditions, as well as helpful inclusions like a guide to stocking an “Up South Pantry” and step-by-step photo tutorials for more intricate dishes. Each recipe, Nicole says, has a story of its own. Woven with memories from her Southern upbringing and anecdotes from her New York present, her food bridges the gap between the two regions and ways of life. 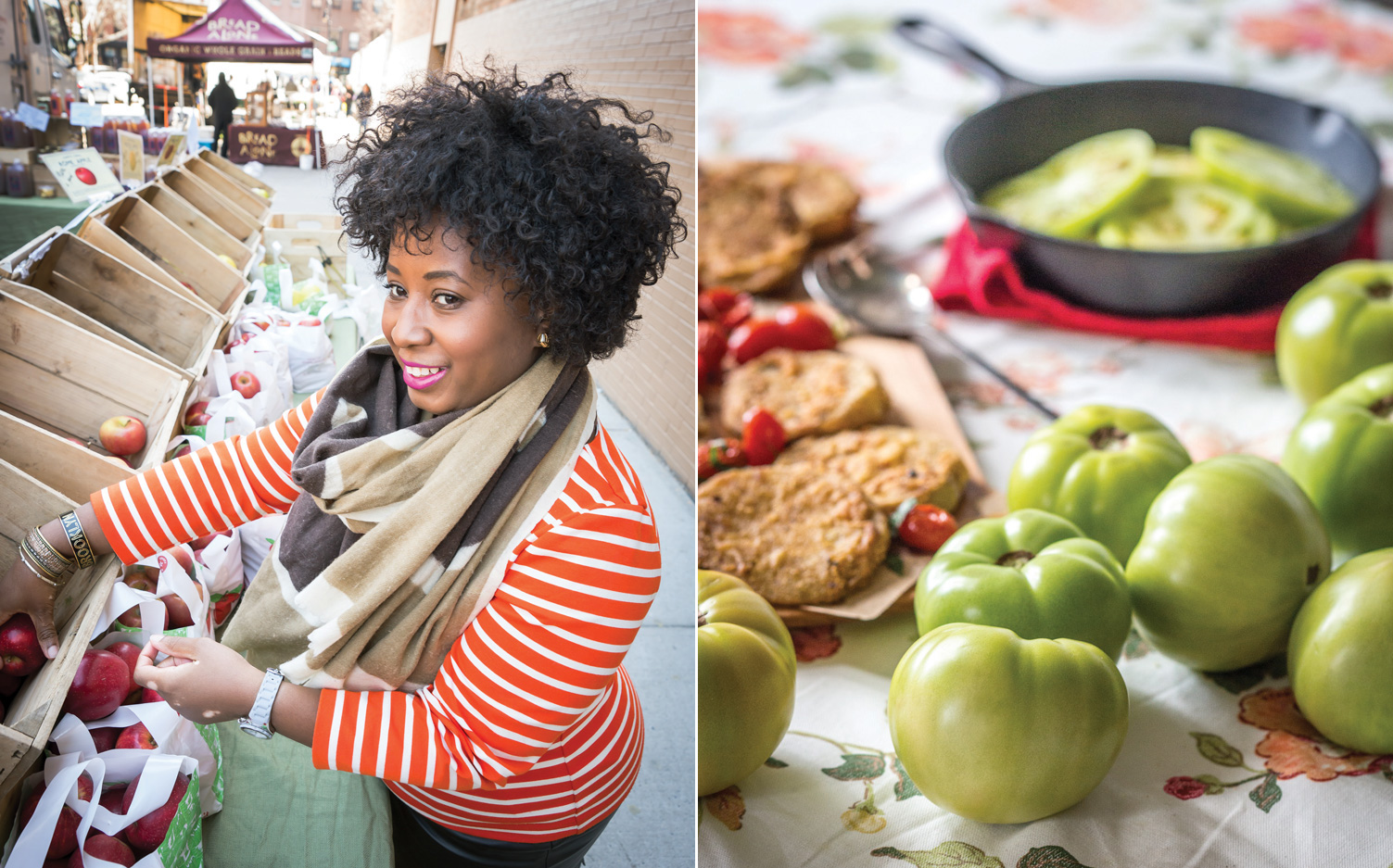 “It was at the point of moving here that I became completely comfortable with being from the South and what that means in terms of culture, family, values, and what it means to entertain people—those things came out even more living here,” she explains. “I’m always searching for home and finding home—finding it through food—and paying homage to it.”

Get the recipes for two of Nicole’s delightful summer salads—Cucumber and Onion Salad and Raw Zucchini and Yellow Squash Salad with Chamomile Dressing—and enter for your chance to win her cookbook. Get more on The Up South Cookbook in our July/August issue on newsstands June 7.