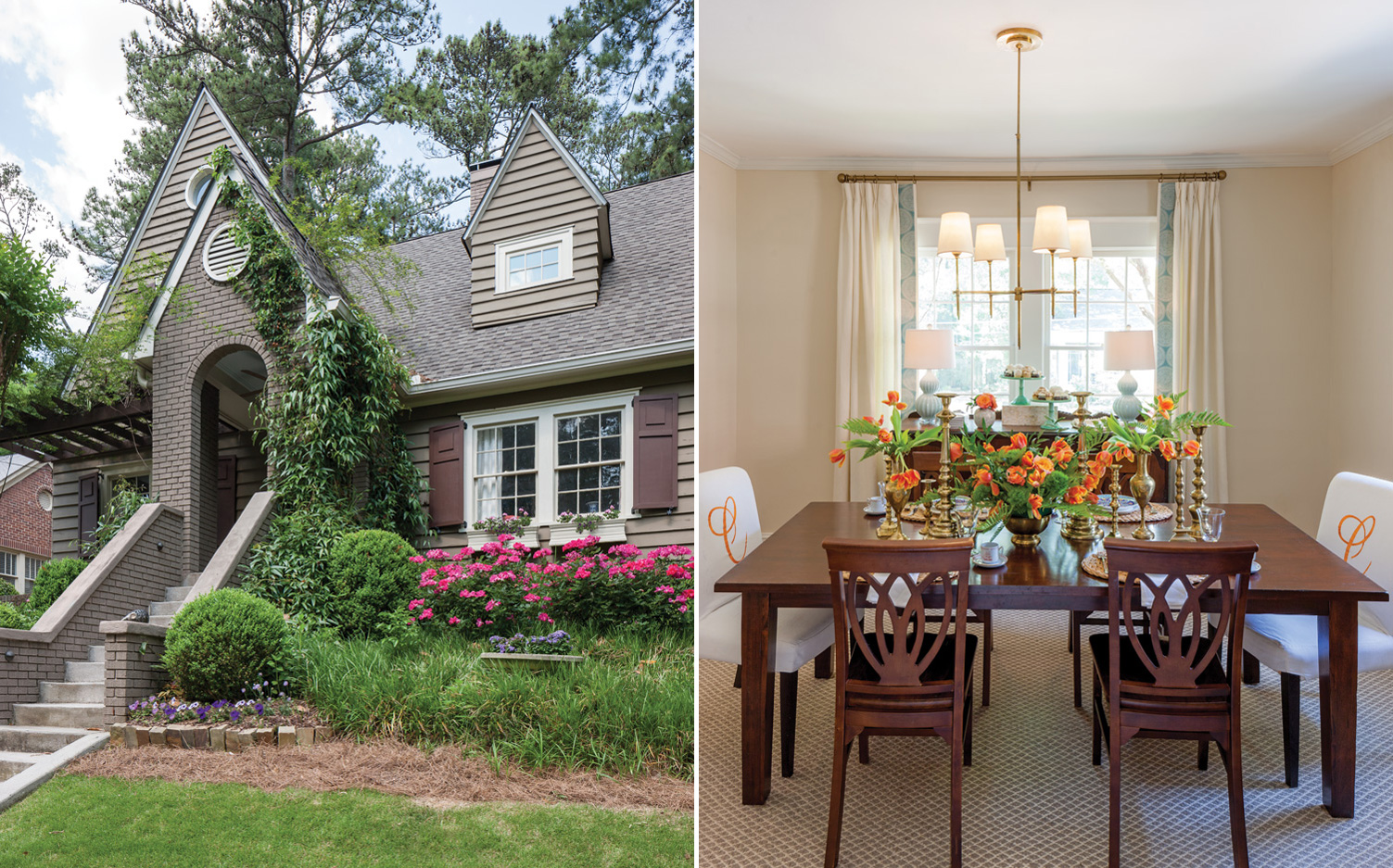 An Atlanta home pairs an appreciation for the traditional with up-to-date style in a way that functions for both polished entertaining and family comfort. 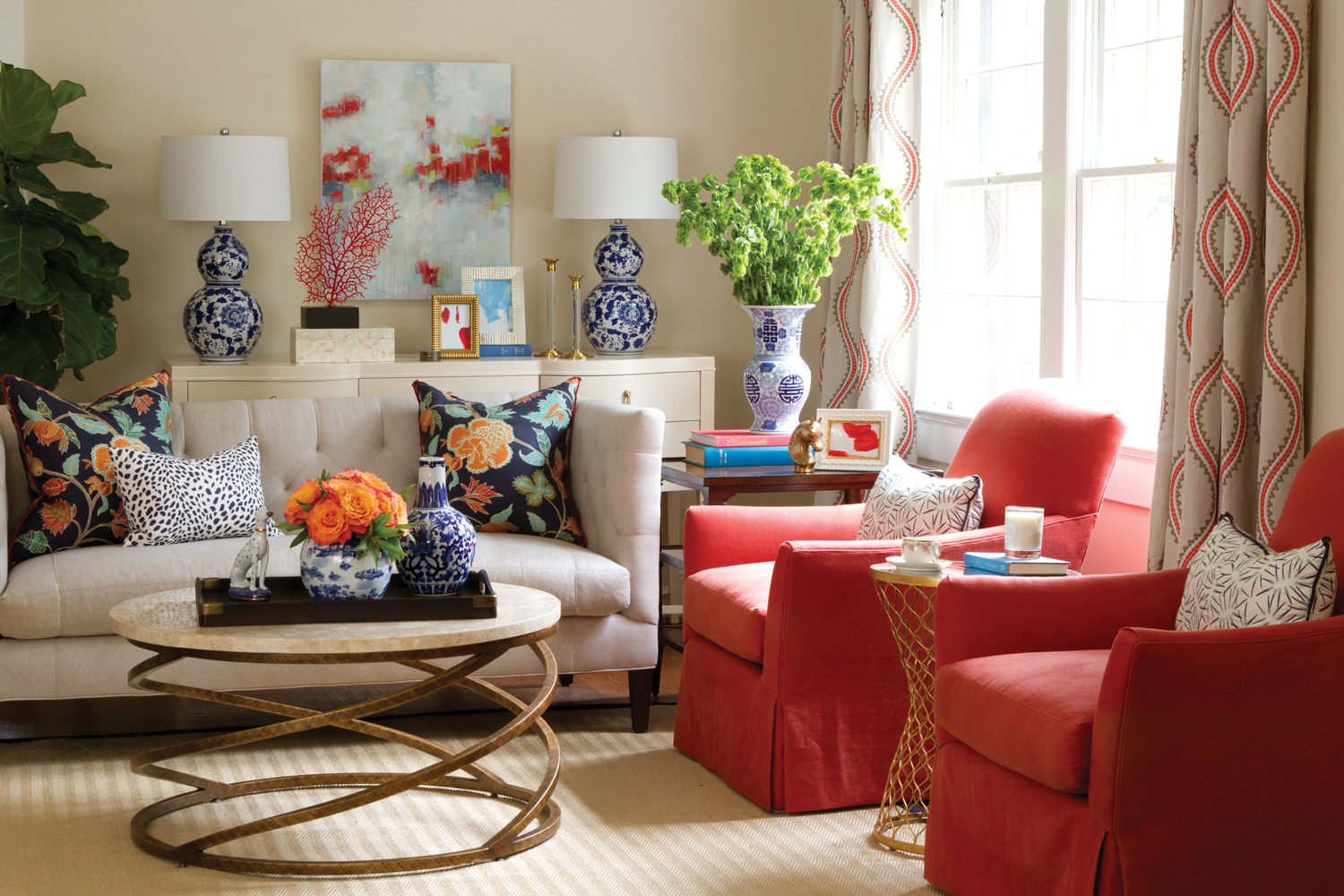 In the suburban residence of Jon and Sintra Constant, the dining and living rooms serve as the primary entertaining spaces but also needed to function well for a family of three. “It can be viewed as a challenge to have kids and pets running around in a house, but for us, that’s what life is,” says designer Lathem Gordon. Lathem and partner Cate Dunning are the team behind GordonDunning Interior Design. In the living room, the two found balance through colorful modern artwork by Atlanta-based Jordan Johnson mixed with accents in a traditional blue-and-white palette. Robert Allen pillows continue the contrast with a classic floral against a contemporary animal print. 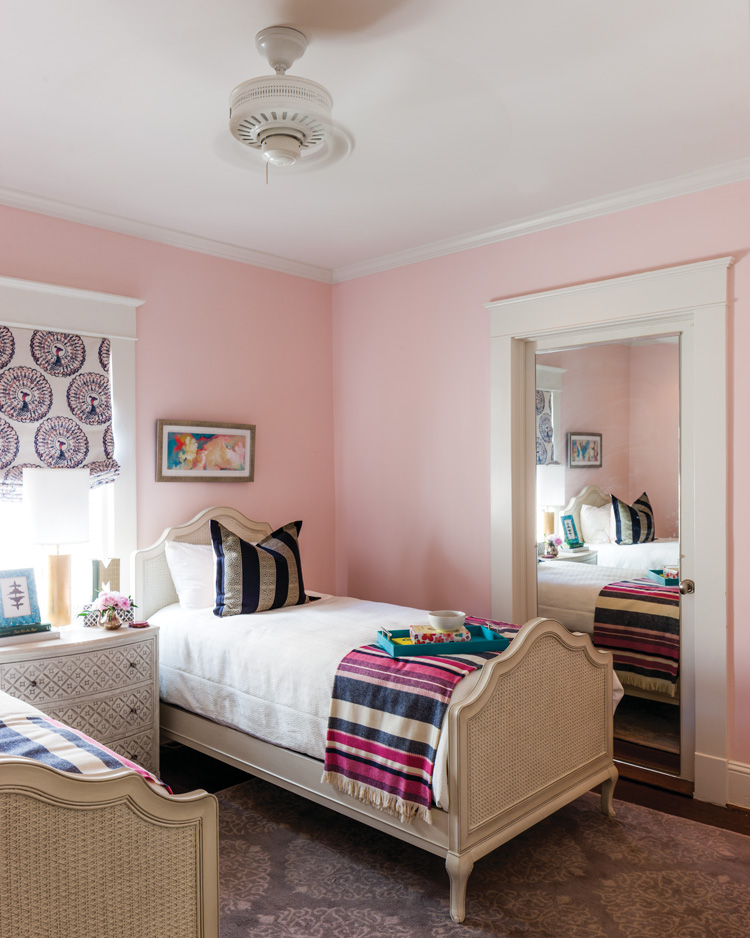 Jon and Sintra, who moved to the South from New England, tried to reconcile many ideals in their new home—an appreciation for heirlooms, modern art, and an affinity for tasteful entertaining together with a desire for a family-friendly home base. Another challenge was the need to accommodate frequent visits from faraway family, which resulted in a double-duty space that the Constants’ toddler daughter could grow into. 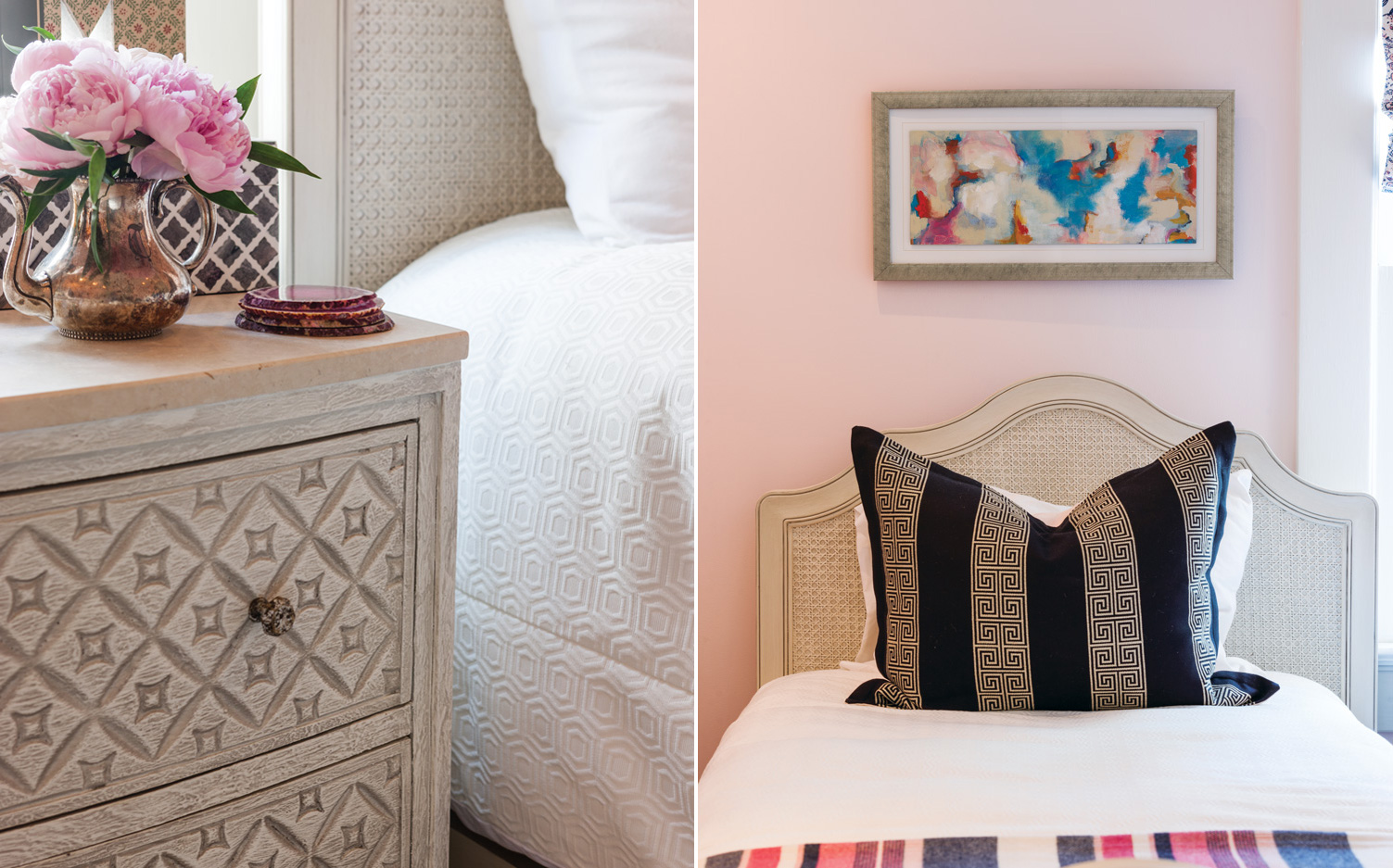 The designers tout multiuse spaces as an overarching goal of the entire home’s design, but they say this bedroom was the genesis of it all. “Versatility with a classic look is a challenge, but that makes it special,” says Lathem.

“We went with a palette and fabric patterns that were simultaneously youthful and sophisticated,” the designers say. A polished pairing of neutral bases, like the beds from Restoration Hardware, with punches of color, like the local artwork by Hattie Pearson, brought the look to life. They incorporated various patterns with bedding and drapery by Duralee. 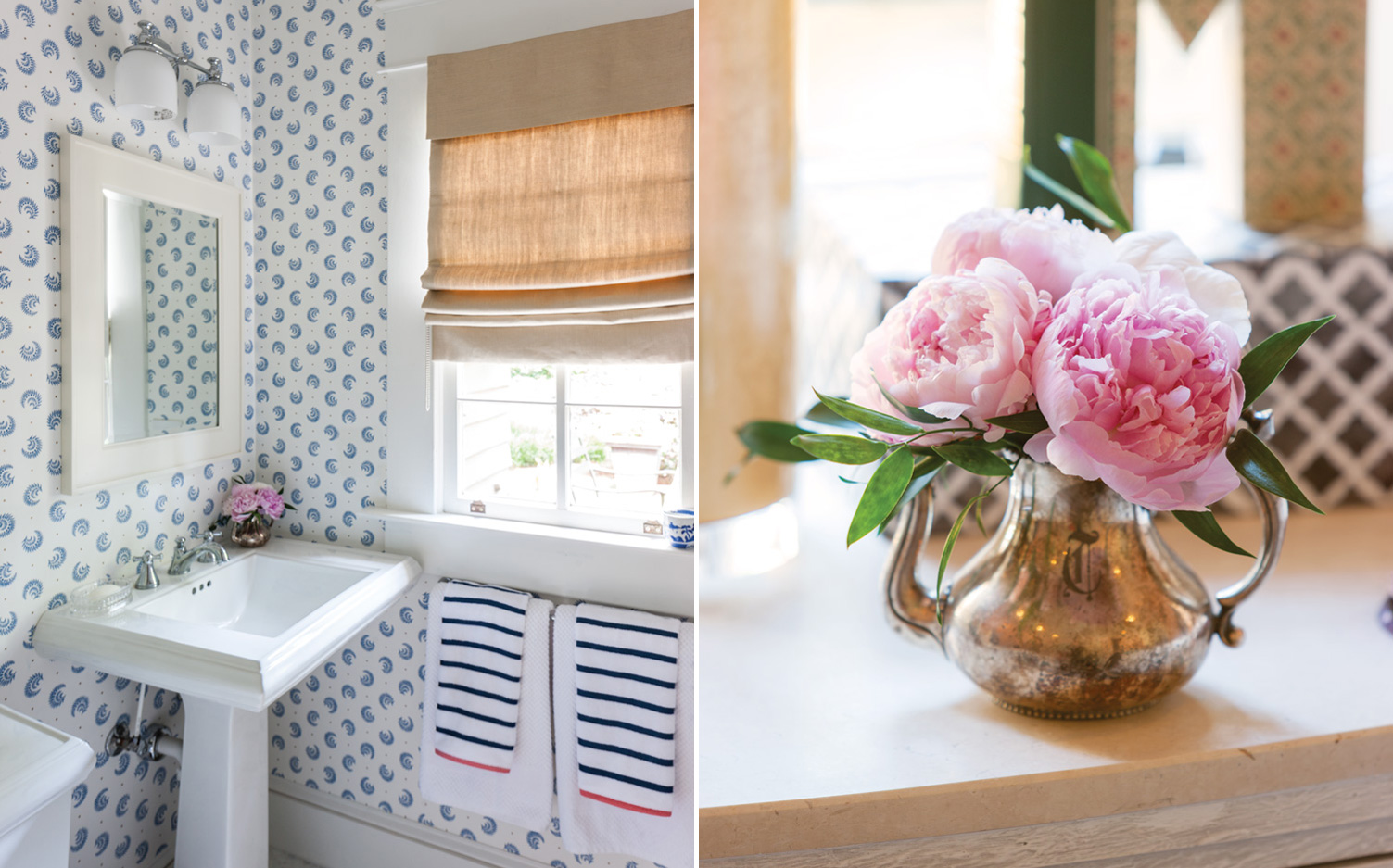 In the powder room, the design duo created a “lighter, brighter, more traditional space that speaks to the family’s history and style.” A Sister Parish wallpaper, originally given to Sintra’s grandparents as a wedding present, sets the tone. Carrara marble mosaic tile and a golden-glazed linen Roman shade highlight the shimmering gold dots on the wallpaper.

4 Cheerful Flower Displays for the Holidays

Five of Our Favorite Holiday Trees