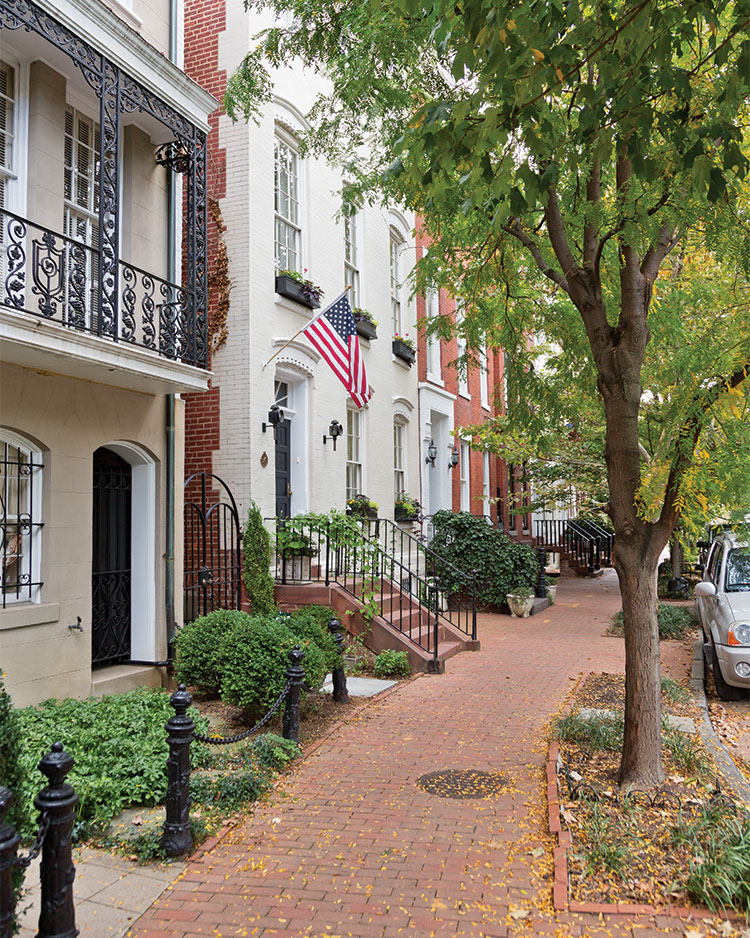 On the banks of the Potomac River, historic Georgetown withstands the test of time, preserving its distinguished past while evolving into a bustling commercial district. Less than 10 miles from our country’s political epicenter, this signature American city invites travelers to venture away from the frenzy of Capitol Hill, and stroll along its tree-lined avenues and cobblestone streets. While rooted in a historic background, Georgetown has transformed into a thriving focal point of contemporary culture.

In 1751, The Maryland Assembly established this port city as the namesake of King George II, and it served as an essential shipping hub during the American Revolution. The newly formed United States of America incorporated Georgetown in 1789, and the metropolis flourished as a center of commerce with the construction of the Chesapeake & Ohio Canal in 1825, which created a vital trade route to the Ohio River in Pennsylvania.

Favorite neighborhood eateries, like 1789 Restaurant, serve up innovative dishes from some of the city’s most celebrated chefs.

Beyond M Street lie charming residential areas that illustrate the town’s old soul with architecture styles ranging from Georgian to Classical Revival. Walk along the C&O Canal, admiring the antiquated waterway’s original 19th-century architecture and passing under its magnificently crafted stone aqueducts. In the distance, the prominent visage of Georgetown University’s neo-medieval-style Healy Hall towers on the horizon.

For an afternoon of intellectual study, visit Dumbarton Oaks, the creation of philanthropists Mildred and Robert Woods Bliss; its museum and archive collection represent a haven for the humanities. Situated on 53 acres at Georgetown’s highest point of elevation, the grounds’ Federal-style house and gardens maintain their original design.

At Georgetown Waterfront Park, which stretches 10 miles along the Potomac River, observe some of D.C.’s storied sites: Watergate, the Key Bridge, the Kennedy Center, and the Washington Monument soaring in the distance. The Washington Harbour offers an abundance of restaurants, where patrons who choose to dine alfresco may catch a blazing sunset over the Potomac, as vibrant as the city’s buoyant spirit.

From foodies to historians to art enthusiasts, Georgetown beckons visitors with its pride in America’s past and fervor for its revolutionary future. 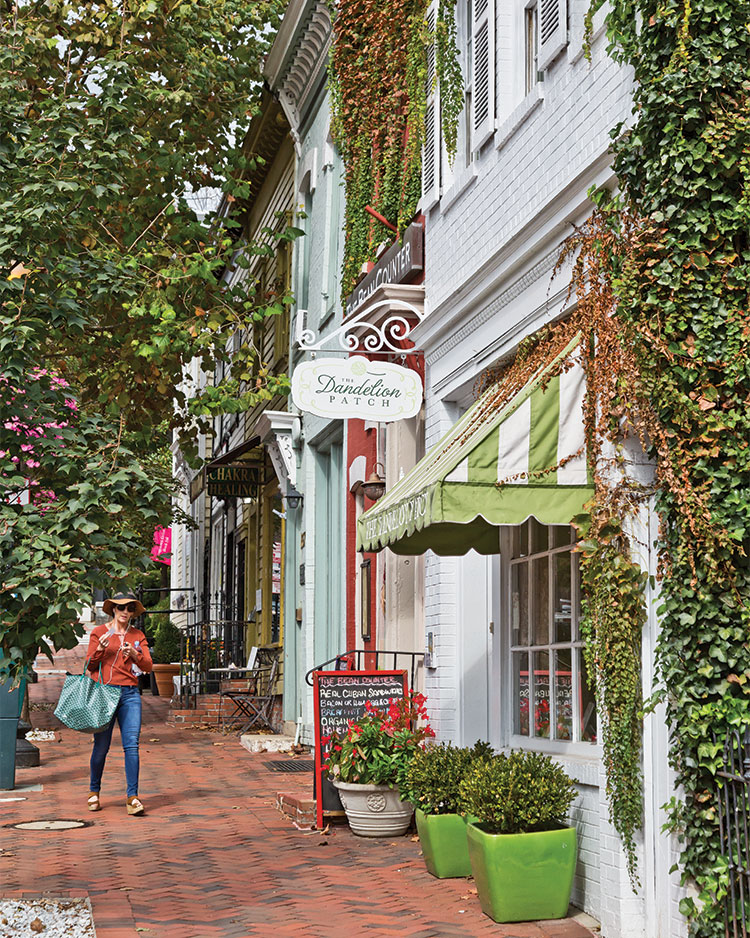