Step back in time to the oldest town in the Florida Parishes, where busy main routes give way to slower-paced country roads and bustling businesses to the inviting charms of antebellum homes and gardens. 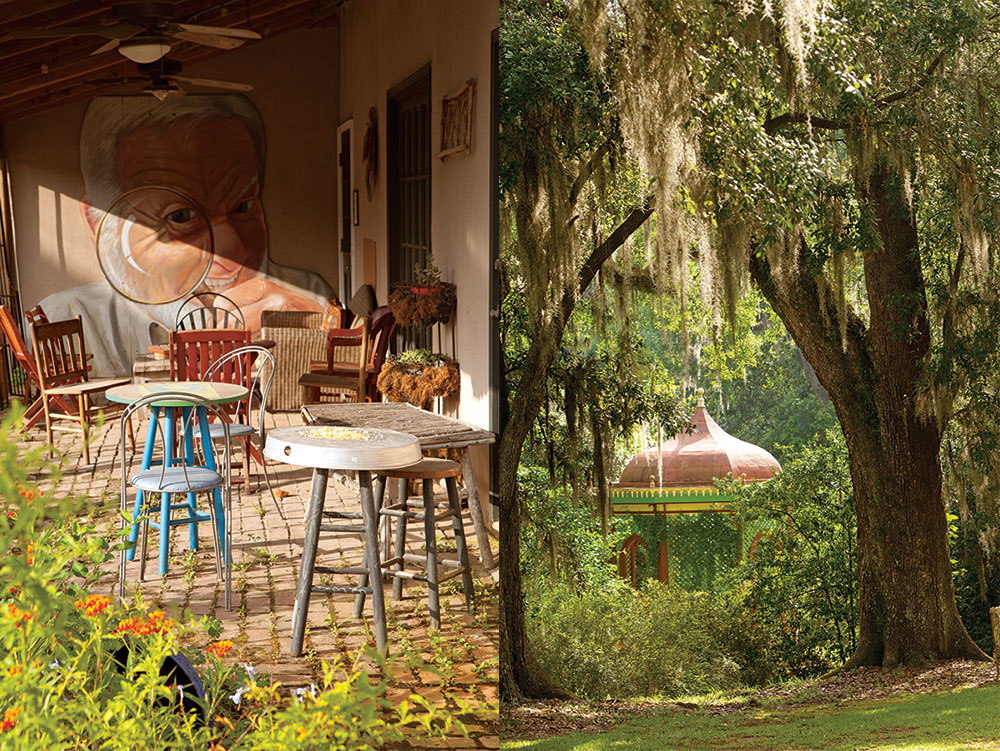 Less than two hours separates Louisiana’s largest and most famous city from one of its best-kept secrets for a memorable weekend getaway. Instead of sea mist, Spanish moss hangs heavy in the air here in St. Francisville, while a modest Main Street district makes up the town proper. Settled on a ridge as a Spanish monastery in the late 18th century, it has been called the town that is 2 miles long and 2 yards wide.

During the days of steamboat trading, commerce flourished in this area along the Mississippi River, and the majestic plantations that rose up all around make the scenic locale a rare find among modern-day destinations. A strong historical tradition includes its brief run as the capital of the independent Republic of West Florida and serving as the site of an unusual Civil War truce—known as “the day the war stopped”—which allowed a Union officer to be buried with Masonic honors at Grace Episcopal Church.

A few decades earlier, in 1821, John James Audubon spent several months at nearby Oakley Plantation, where the gentle surrounds and abundant wildlife helped inspire more than three dozen of his famous bird paintings. Oakley, along with five other plantation sites, is open regularly for public tours, offering an enchanting picture of another place in time and the people who built, preserved, and sustained a true treasure of a Southern town. 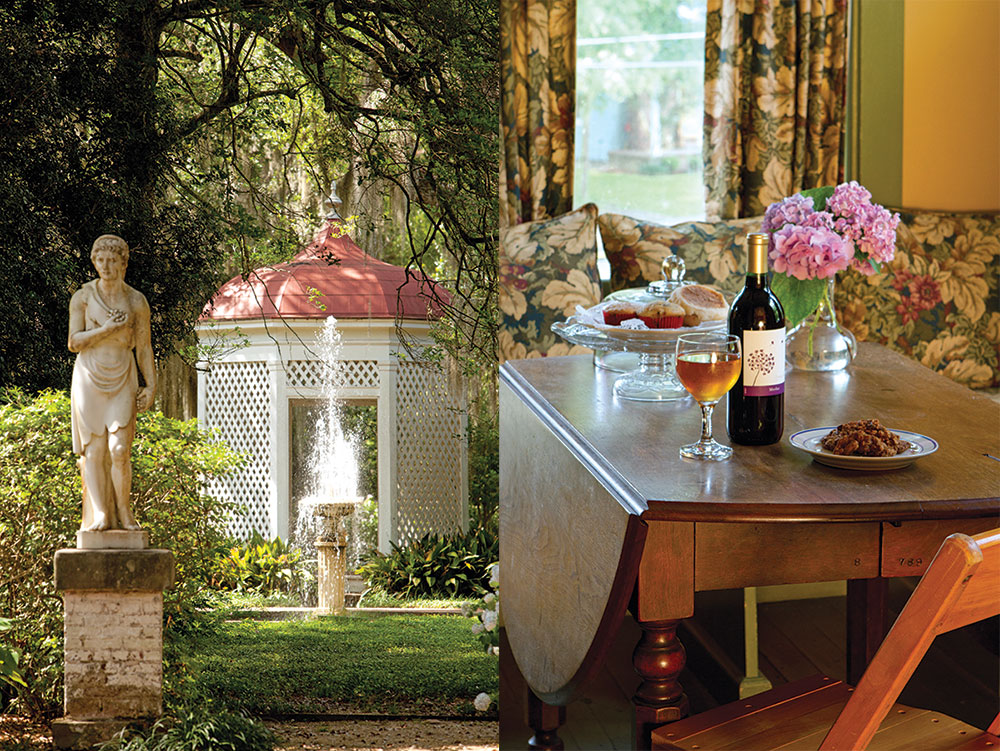 Though located conveniently in the town’s historic district, the Shadetree Inn feels like a personal secluded hideaway. Guests can choose from the Sun Porch room overlooking the town, the dozen stained-glass windows of the charming Gardener’s Cottage, or the treetop level Loft complete with Adirondack-style details.

Established by Daniel and Martha Turnbull in the late 1830s, Rosedown Plantation boasts one of the finest intact examples of its kind. While Daniel oversaw the business of cotton, Martha focused her attention on the gardens, which at one time measured 28 acres, much of it inspired by the formal examples seen during their honeymoon in Europe. Many of the original furnishings are on display in the home, including an embroidered fire screen said to be the work of Martha Washington. 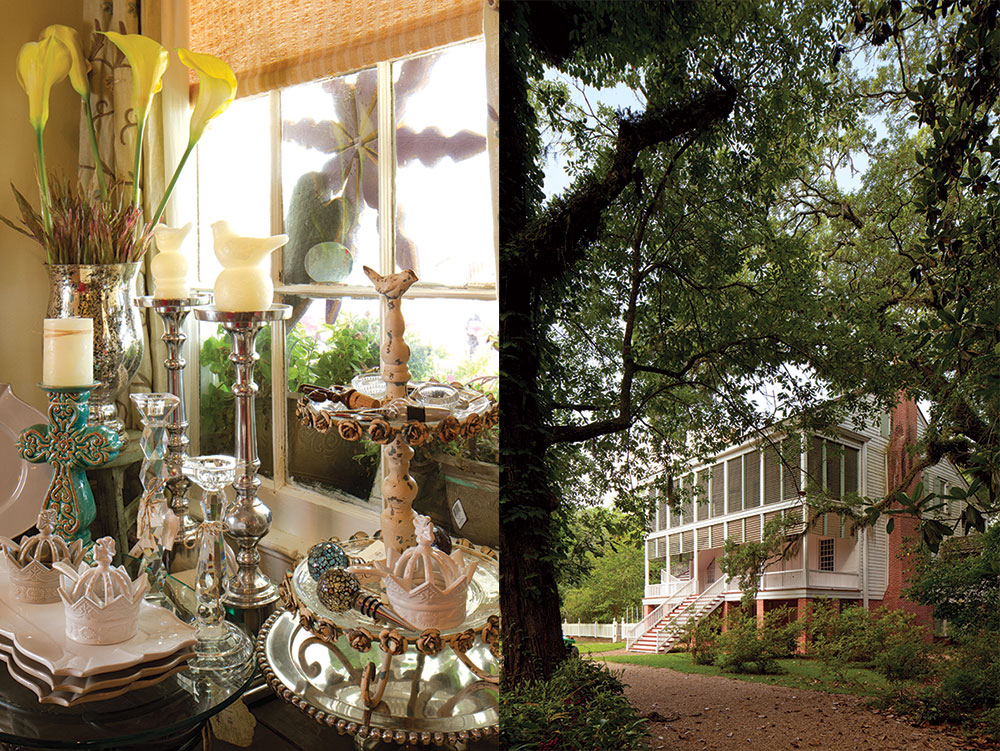 Even if historic sites fill your main agenda, make time for a stop at Grandmother’s Buttons. Susan Davis opened the treasure-filled retail shop to build on her success turning antique buttons into jewelry. It is located in the former bank building, and the original vault contains a fascinating button museum that showcases pieces dating from the 1760s to the 1940s. Birdman Coffee & Books is an eclectic café and community favorite known for breakfast, sweet treats, and occasional casual dinners featuring local musicians.

Members of the original family still own Butler Greenwood Plantation and live in its circa-1790 English cottage–style home. Since it remains a private residence, the interior of the main house is not available for tours, but bed-and-breakfast guests staying in one of the eight on-site outbuildings or cottages are invited to explore the picturesque live-oak-shaded grounds. Plantings about the property date to the 19th century and include incredible antique specimens of azaleas, camellias, sweet olive, and magnolia fuscata. Along with many other noteworthy features nestled in the peaceful woodland setting, the recently restored summerhouse extends a graceful nod to days gone by.